Under the terms of the Agreement, Agrima will supply Aurora with up to 20,000 kg of dried cannabis flower and up to 6,000 kg of cannabis trim per year from its Canadian cultivation facilities. The Agreement is effective for a term of five years, subject to a 12,000 kg per year minimum.

The agreement with Ascent brings further differentiation to Aurora’s growing portfolio of products. Expanding product choice to our various audiences through quality operators such as Agrima positions us well to accelerate growth. Furthermore, the relationship provides an opportunity to potentially source additional, higher-margin derivative products down the line. 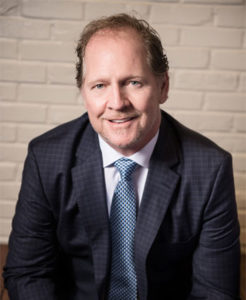 Philip Campbell, CEO and Director of Ascent added, “We are delighted to be selected as a supplier to Aurora, a leader in the global cannabis sector. Agrima is committed to providing high-quality cannabis to both consumers and strategic partners, which this new agreement is testament to. We believe this represents the beginning of a strong strategic relationship with Aurora, one which will benefit both companies for years to come.”

Ascent’s wholly-owned subsidiary, Agrima will supply Aurora with dried cannabis flower and trim grown at its facilities in Pitt Meadows, British Columbia. Once operational, the 600,000 square foot, automated cultivation facility will have a total cultivation capacity of approximately 60,000 kg of cut flower per year. Agrima anticipates receiving Health Canada approval towards the end of calendar 2018, and anticipates shipping its first products in Q1 2019.

The Company’s wholly-owned subsidiary CanniMed Therapeutics Inc. (“CanniMed”) is Canada’s first licensed producer of medical cannabis, with over 20,000 kg per annum in funded capacity. Aurora also owns Berlin-based Pedanios GmbH, the leading wholesale importer, exporter, and distributor of medical cannabis in the European Union. The Company owns 51% of Aurora Nordic, which will be constructing a 1,000,000 square foot hybrid greenhouse in Odense, Denmark.

The Company offers further differentiation through its acquisition of BC Northern Lights Ltd. and Urban Cultivator Inc., industry leaders, respectively, in the production and sale of proprietary systems for the safe, efficient and high-yield indoor cultivation of cannabis, and in state-of-the-art indoor gardening appliances for the cultivation of organic microgreens, vegetables and herbs in home and professional kitchens.

Aurora is also the cornerstone investor in two other licensed producers, with a 22.9% stake in Cann Group Limited, the first Australian company licensed to conduct research on and cultivate medical cannabis, and a 17.62% stake in Canadian licensed producer The Green Organic Dutchman Ltd., with options to increase to majority ownership. Finally, the Company owns a 9.14% stake in CTT Pharmaceutical, an innovative product development company within the cannabis space.

In Canada, Ascent is a Licensed Producer under the ACMPR of Health Canada, with licenses to cultivate cannabis and produce cannabis extracts. In addition, the Company plans to apply for a license to distribute cannabis products in Canada under the ACMPR in the near future. The Company has also applied for a controlled drugs license in Canada under the Controlled Drugs and Substances Act (Canada). In the United States, the Company holds licenses for the production, processing and wholesale distribution of cannabis in Oregon and in Nevada.

The Company’s operations currently include licensed facilities in British Columbia, Canada, and in Oregon and Nevada in the United States. The Company’s activities at each facility are governed by the applicable licenses held by the Company, and currently include cultivation and extraction in Canada, and production, processing and wholesale distribution of a catalogue of premium cannabis products in Oregon and Nevada. In addition, Ascent conducts cannabis-based research with Simon Fraser University and the University of Kentucky.

The Company is increasing its production capacity from 50,000 square feet to 650,000 square feet in 2018, from which it expects to produce significantly larger quantities of cannabis and cannabis oil to support its expanding operations. The Company offers a product suite of more than 40 unique products under eight consumer focused brands, including gel capsules, oils, vaporizer pens, pre-rolled joints, various edibles and raw flower. Through careful development of its sophisticated cannabis brands, Ascent is positioned to be a leader in branded, commercialized products in both medical and adult-use markets across North America and internationally. The Company’s intellectual property portfolio includes existing trademarks for its sophisticated brands, applications for trademarks internationally for these brands, as well as applications for patents the Company has and is in the process of filing for certain unique scientific formulations and processes the Company has created.