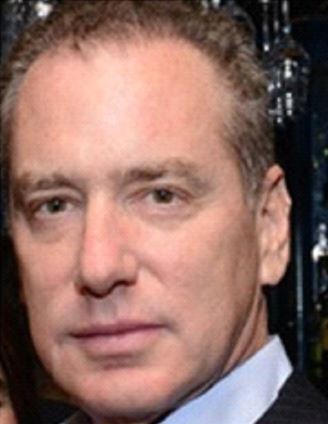 In January 2019, Jonathan Sandelman spoke to New Cannabis Ventures as the leader of the SPAC Cannabis Strategies Acquisition Corp. Since then, the company closed its qualifying transactions and has transitioned to become MSO Ayr Strategies (CSE: AYR.A) (OTCQX: AYRWF). Ayr entered the market with positive cash flow and EBITDA. Sandelman connected with New Cannabis Ventures again to discuss Ayr’s disciplined strategy and how the company is positioning itself as a major consolidator in the cannabis industry. The audio of the entire conversation is available at the end of this written summary.

The Ayr Team and Culture

Sandelman stressed the importance of the company’s people and culture as differentiating factors. For example, Ayr’s branding begins with the strength of its cultivation team. The company wants to back its messaging and packaging with a high-quality product.

Assets in Nevada and Massachusetts were a part of the original SPAC, according to Sandelman. Ayr’s strategy is to enter limited license markets in which it can achieve a dominant position. In Nevada, Ayr has the top retail market share and a growing wholesale business, as well as a top edibles brand. In Massachusetts, the company has the top wholesale business, two medical stores and three adult-use licenses.

The company faced a significant challenge when the COVID-19 pandemic initially took off in March. Initially, delivery was the only option to connect with consumers, and Ayr had to build a delivery business from the ground up. Within a month, the company was doing approximately 1,200 deliveries per day in Nevada. Following cannabis’s designation as essential, the company has managed to build a stronger business than it had prior to the pandemic.

For the 13 months following its original five acquisitions, Ayr paused to build its team and SOPs. Then, in the last four months of 2020, the company executed seven acquisitions. It is entering the New Jersey market with an acquisition of one of the state’s original licenses, which will give it the ability to build three retail stores and 150,000 square feet of cultivation. As a limited license market, one that is set to convert to adult-use, New Jersey is a good fit for the company’s strategy. This acquisition is set to close in the second quarter

Ayr has also announced the acquisition of Liberty Health Sciences, which is slated to close in the first quarter or the beginning of the second quarter, according to Sandelman. Florida is a large medical market, which also has the possibility of transitioning to adult-use at some point in the future. Sandelman sees the acquisition of Liberty Health Sciences as helping the company to become a dominant player in that market.

Ayr acquired two companies in Pennsylvania, another limited license market with adult-use potentially on the horizon. It has a significant cultivation footprint and licenses for six retail stories.

Arizona recently made the transition to adult-use, and the company Ayr is acquiring has already begun to sell adult-use cannabis. Sandelman is excited about Ayr’s opportunity in this market and expects it will look to expand there.

Ayr is working to put itself in the position to become a major consolidator in the cannabis industry. Over the past couple of months, the company has raised $120 million in equity and $110 million in debt. It has also benefited from the exercise of warrants, adding another approximately $45 million to its balance sheet.

The Ayr team anticipates that 12 states will account for approximately 80 percent of the consumer wallet. Following acquisitions, the company will have operations in seven states, and it has a line of sight on entering those other five states. Sandelman didn’t disclose exactly which states are of interest, but he suggested that they would be adjacent to the existing markets.

During cannabis 1.0, companies were planting flags wherever possible with little discipline, according to Sandelman. Ayr chose to wait, and now, it is more carefully making its selections in the cannabis 2.0 environment. Because so many other MSOs have already built a footprint in desirable states, Ayr does not have much competition for the deals it is pursuing now. It has the capital to expand via acquisition during a time when pricing has become more rational, according to Sandelman.

Ayr has always been cash-flow-positive, enabling it to generate cash every month that is then reinvested in the business. The capital the company recently raised will go toward closing acquisitions, the CapEx associated with those deals and continuing down the consolidation path, according to Sandelman.

The majority of the assets the company has acquired over the last four months will contribute to revenue and EBITDA this year, while some will likely begin contributing in 2022.

The company put in the time, over that span of 13 months, to develop its people and SOPs. Now, Sandelman is confident in the strength of the company’s financial discipline and operational systems. Ayr will be applying its disciplined approach to each state it enters. The company has the balance sheet, free cash flow and talent to pursue the opportunities ahead, according to Sandelman.