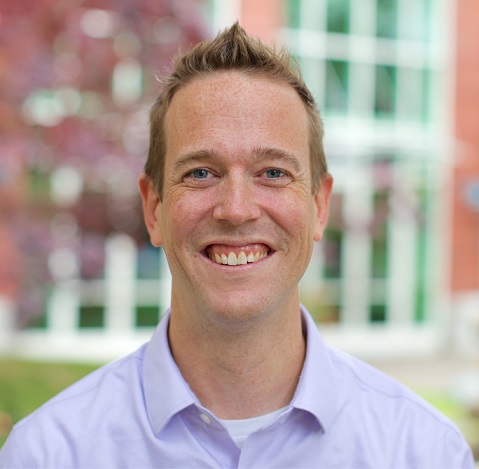 Biotechnology companies are hard at work finding ways to commercialize biosynthetic cannabinoids, and among those companies is Demetrix. CEO Jeff Ubersax told New Cannabis Ventures how he sees his company’s combination of funding, team experience and solid IP will help it carve out a space in the cannabis biosynthesis sector. The audio of the entire conversation is available at the end of this written summary.

Ubersax earned his PhD in biochemistry and yeast genetics from UC San Francisco and then spent time at Stanford working on an interface between biology, automation, and computing. During his time there, he met Jay Keasling, PhD, one of the founders of Demetrix. They found they had a shared interest in using science to make the world a better place.

Demetrix has a team of more than 30 people, and Ubersax expects it to grow steadily over the next couple of years. Right now, the company is heavily focused on R&D. It has team members with extensive experience in taking molecules from concept all the way to manufacturing. As Demetrix grows, it will need a team capable of scaling up yeast fermentation from a laboratory process to large, commercial production, according to Ubersax. The company also has team members well-versed in operating in a highly regulated market.

In addition to Ubersax, the company’s executive team includes President and Chief Information Officer Darren Platt, PhD, and Chief Business Officer Cynthia Bryant. Both Platt and Bryant have more than two decades of experience in the biotechnology industry.

Co-Founders Keasling and William Haseltine, a 30-plus-year veteran of the biopharma industry, sit on the board of directors.

Right now, Demetrix is focused on the science of cannabinoids. How do they work? But, the company is very conscious of the multitude of market opportunities waiting for the companies that get the science right: nutraceuticals, pharmaceuticals, food, beverage, health, beauty, and more.

Demetrix has interacted with a number of different companies in those categories, and it is in the process of determining how to best structure those types of partnerships, according to Ubersax,

While those types of partnerships have yet to solidify, Demetrix has already announced an agreement with UC Berkeley. In 2016 at the Keasling Lab at UC Berkeley, Keasling began projects that demonstrated yeast as a commercially viable host for producing cannabinoids. Discussions about a licensing agreement began when intellectual property was filed and Demetrix was founded. Now, the company has an exclusive licensing agreement with UC Berkeley for some of the IP developed in the Keasling Lab.

That research coming out of Keasling Lab has given Demetrix early access to IP. The company has discovered a number of challenges that need to be solved to make cannabinoid biosynthesis work, and Ubersax sees Demetrix as ahead of many of its competitors in this regard.

Though this may give the company a leg up when it comes to commercializing, there is plenty of room for biosynthesis companies to be successful, according to Ubersax. The high purity and consistency of biosynthetic cannabinoids will open the door to a number of opportunities.

As for how cannabinoid biosynthesis will change the cannabis business as it ramps up, Ubersax views it as a complement to agriculture, rather than a replacement. The market has room for both plant-derived and biotechnology-derived products. He sees value in pursuing some of the rarer cannabinoids that are difficult to get from the plant.

Series A and Future Funding

This summer, Demetrix completed a $50 million Series A, which will be a big help as the company moves toward its commercialization phase and becoming profitable.

Demetrix does not have an immediate need for more capital, but the future will likely hold more opportunities. As a venture-backed company, plans to generate an exit for investors are in the future–whether through an acquisition or going public, according to Ubersax.

The Road to Commercialization

Demetrix does not have a concrete timeline for commercialization. It is working diligently to have all of the pieces in place, including a yeast strain, a manufacturing process and facility, and commercial agreements.

As the company goes through this process, it is cognizant of the regulatory framework in which it works. Demetrix wants to work with regulatory agencies, like the FDA, to demonstrate safety, efficacy, and consistency.

To learn more, visit the Demetrix website. Listen to the entire interview:

Why American Cannabis Stocks Are Under Pressure