GW Pharma (GWPH) plunged today before quickly recovering some of the losses following the release of an abstract of a study published to the American Epilepsy Society website in advance of its annual meeting to be held in early December.

The report discussed 25 patients enrolled in an observational study, concluding:

Add-on pure CBD was associated with more than 50% seizure reduction in one-third of patients at 3 months. This substantial improvement in seizure control was maintained in 40% of patient for 12 months. Best results were obtained in patients with Dravet syndrome, although one experienced a severe increase in seizure frequency.

The report seems to actually be favorable, indicating that Epidiolex is helpful to many patients whom have had trouble controlling seizures with other pharmaceuticals.

The price action today shows the impact of the news: 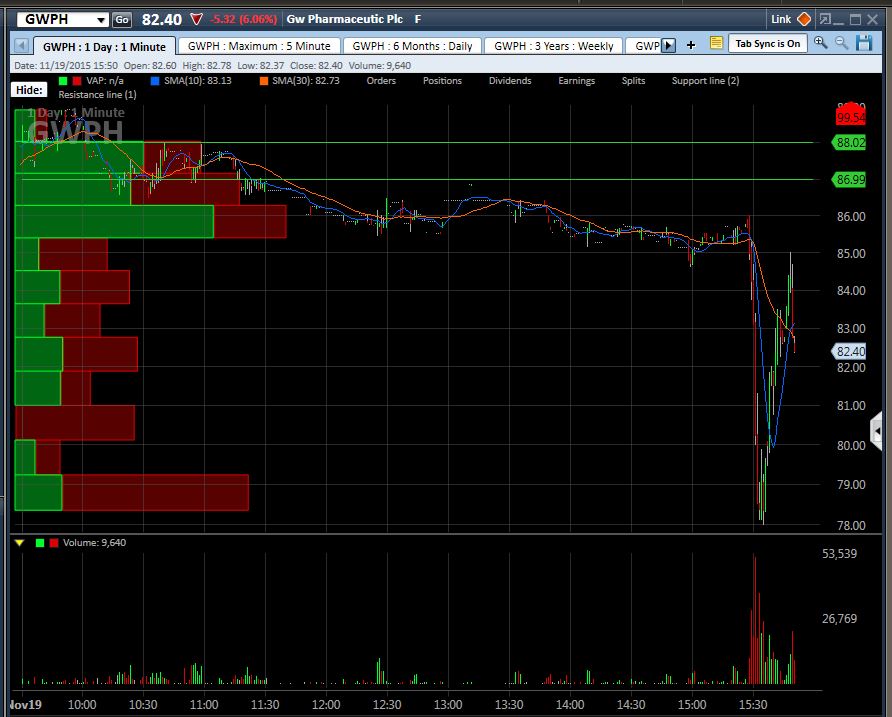