Oakland-based Gateway Incubator launched last November, with initial funding provided by MJIC.  The size of the investment was never disclosed, but it was intended to cover up to $600K of investments into cannabis startups as well as initial operating costs. The two companies have parted ways, as MJIC attributed the move to a change in its focus.

The Gateway/MJIC partnership was consummated just prior to MJIC’s shift from an investment company to an operating company. As a result, over the past 4 months we have been unable to deliver the support to Gateway that we originally expected. 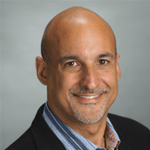 In order to pave the way for more qualified investors and partners we felt the best course of action was to step aside and relinquish our interest. We are big fans of Carter, Ben and the mission that Gateway represents, and we will continue to use the resources at our disposal to assist them in their mission to service the industry.

Gateway found a new investor in Crescent Cove Capital, which also provides ties to Silicon Valley and has helped bring in additional capital.  In addition, Gateway has partnered with law firm Morgan Lewis to provide it legal counsel as well as to the companies within the incubator. Finally, it has added John Stockdale, an early Facebook engineer, as Entrepreneur-in-Residence.  According to Co-Founder and Managing Partner Ben Larson, Stockdale is helping the companies in the incubator by “giving them feedback on their technical approach and the metrics in which they choose to track.”

The incubator, which fielded 150 applications for its first class, selected eight companies, two of which actually deal directly with cannabis, including an edibles brand out of Los Angeles that has relocated to Oakland and a tech-driven MLM company.  The other six are ancillary technology companies, including one from Toronto, one from Michigan and four from the Bay Area. It has also launched Gateway Works, a coworking space exclusively for emerging cannabis companies.

MJIC Raises $15 Million Ahead of Public Trading Debut in 2019

Cannabis Startups to Compete for $10,000 Prize at New West Summit