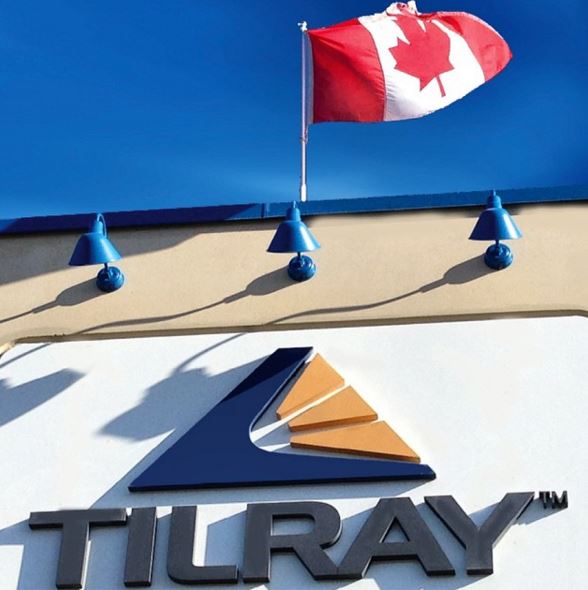 One of the continuing challenges that new PM Justin Trudeau and his administration will need to address is the continued flagrant violation of federal laws that prohibit cannabis dispensaries.  Despite their prohibition, they continue to exist.  In fact, Vancouver is in the process of issuing business licenses! In Nanaimo, another town in the Province of British Columbia that happens to be where licensed producer Tilray’s facility operates, the situation is quite different, with the local police cracking down recently.  Tilray’s CEO, Greg Engel, has been very public in his insistence that the illegal dispensaries in Vancouver are hurting sales.  He told Straight Magazine in August:

There is no question it has been a challenge, The proliferation of illegal dispensaries has had a significant impact.

Today, the Royal Canadian Mountain Police issued a statement that they are indeed enforcing the federal laws:

Over several months, Nanaimo RCMP received several complaints from the public about illegal marihuana storefronts, also referred to as “marihuana dispensaries.” For instance, we had a Grandmother allege her 15 year old grandchild had purchased marihuana from a storefront. Some of the storefronts were actively soliciting business by having sales people stand outside and/or waving signs to solicit customers, whether or not they had prescriptions.

The RCMP responded to these complaints and is guided by the existing laws and legislation. We do not permit people to sell legal or illegal liquor or prescription medicine on a street corner and similarly, we cannot permit an illegal substance to be sold in a similar manner, particularly when people have complained about it. There is no legal mechanism in Canada which allows for “medicinal marihuana dispensaries” or “compassion clubs” to sell or gift to the public.

On November 12, 2015, in response to the complaints, Nanaimo RCMP issued a clear and highly publicized notification to several marihuana storefronts. Nanaimo RCMP wanted to ensure there was no ambiguity, the storefronts were accurately informed and given ample opportunity to stop selling marihuana illegally. Two storefronts have since shut down. We believe issuing the notification was a fair and measured approach, providing time for consultation and compliance.

I can confirm that today, Nanaimo RCMP have executed search warrants at three storefronts. These warrants were judicially authorized and Nanaimo RCMP has worked closely with the Public Prosecution Service Canada (PPSC), from the start of these investigations.

Marihuana is regulated as a controlled substance under the Controlled Drugs and Substances Act (CDSA) which prohibits the importation, exportation, trafficking, cultivation or production, and possession of it or its derivatives, unless in accordance with the guidelines set out in the Marihuana Medical Access Regulation (MMAR) and Marihuana for Medical Purposes Regulation (MMPR). The MMAR and MMPR sets out mechanisms within which marihuana and its derivatives are legally available to patients with a prescription provided by a medical practitioner.

“When I have reports of storefronts selling marihuana to youth and concerned community members approaching me about it, we are compelled to take enforcement action. Our approach has always been to address public concerns, consult our contracting partners, stakeholders and allow for our investigations to determine the way forward. That was done in this case. As these investigations will now be before the courts and other investigations are still underway, Nanaimo RCMP will not be commenting further on this issue,” said Supt. Mark FISHER, OIC, Nanaimo RCMP.

The MMPR program requires medical cannabis to be delivered by mail, and it remains to be seen how the rules will evolve, though most in the industry would prefer to see broader distribution, whether through state-controlled stores or pharmacies.  For the Canadian cannabis industry to move forward and contemplate legalization for adults, it needs to address the critical issue of the black market operating openly.