Health Canada, which oversees the Canadian medical cannabis program, MMPR, reported data for the quarter ending 12/31/15 today. The number of patients enrolled in the program grew 29.9% from the prior quarter to 39,668.  This represented growth of 157% from a year ago and an acceleration from the 27.6% sequential growth reported in the prior quarter.  The quarter represented the largest single patient addition since the inception of the program on 4/1/14 and was the best sequential growth since the quarter ending 9/30/14.  The bottom line is that the program is seeing rapid enrollment. 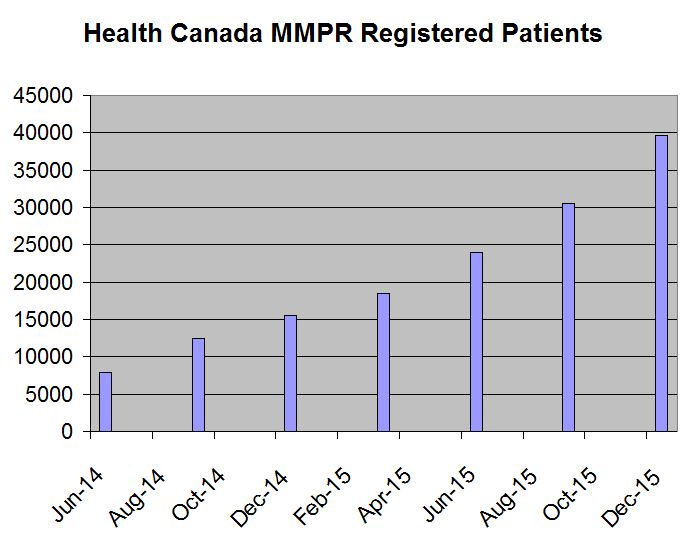 Licensed producers continue to grow more cannabis than they sell, which resulted in inventory increasing 33% during the quarter.  The total size of the inventory of dried cannabis grew to 9.729mm grams (21,430 pounds) 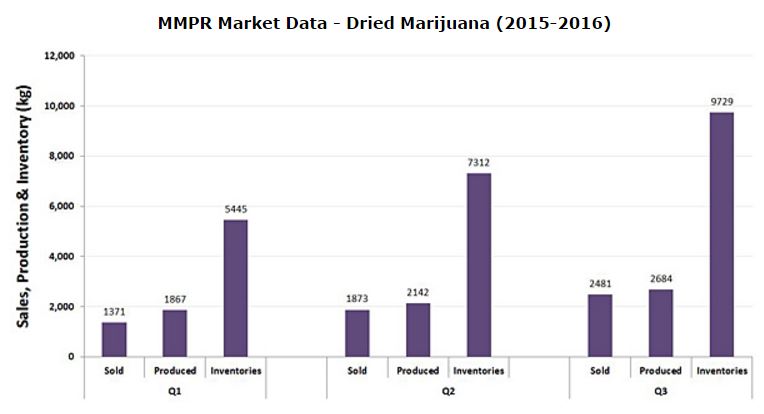 Dividing the inventory level by the amount sold during the quarter, the stockpile covers almost a year of consumption, though the total consumption grew by 32% during the quarter as more patients were authorized.  Health Canada reported that average daily grams shipped per patient remained at 1.12 grams per day. If each patient enrolled as of 12/31 were to consumer 1 gram per day, the inventory would cover about 2/3 of the annual consumption, suggesting that there is a bit of a glut in the near-term.

Concerns about the size of the inventory among the licensed producers are somewhat mitigated by the likely legalization ahead and the conversion of dried cannabis to cannabis oils. Market leader Canopy Growth (TSXV:CGC) (OTC:TWMJF) will report its fiscal year-end in June or July.  In the December quarter, it reported an inventory of finished dried cannabis that was valued at almost $23mm, likely representing a large proportion of the overall inventory reported.  The company didn’t report the actual size of the inventory, but the balance sheet item grew 62% from the prior quarter.

Data isn’t available from private producers like MedReleaf and Tilray, but the other public companies report the value of the inventory on their books each quarter, including Aurora Cannabis (CSE:ACB) (OTC:ACBFF), Aphria (TSXV:APH) (OTC: APHQF), Mettrum (TSXV:MT) (OTC:MQTRF) and OrganiGram (TSXV:OGI) (OTC:OGRMF). Health Canada provides a list of all of the licensed producers, which was last updated on May 6th.