Following Monday’s win by Justin Trudeau and the Liberal Party in Canada, which has pledged to legalize cannabis for adult-use in the country that already has a federally legal medical cannabis program, Canadians could see a change to the rules that loosens the current requirement that licensed producers operate by mail-order only.  While cannabis created by the licensed producers is subject to these stringent rules, federally illegal dispensaries sell black market cannabis, especially in Vancouver but also in Toronto and other cities, catering to the natural preferences of consumers.  According to a report by The Globe and Mail, this could now change.

Bruce Linton, the CEO of Canopy Growth Corp, which operates Tweed and Bedrocan and recently created a partial solution with the purchase of MedCannAccess, rebranded as Better, which allows face-to-face service to new customers (who still receive product via the mail), echoed his recent ideas he had shared at a conference in Denver.  According to the article, he envisions a hybrid system with the equivalent of government-run liquor stores.

Encouragingly, Chuck Rifici, who was formerly the CEO of Tweed and serves as the CFO of the Liberal Party, suggests that face-to-face retail sales will be permitted. 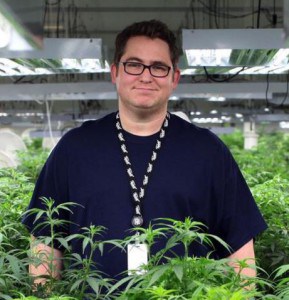 There aren’t a lot of industries where you’re forced to provide product by mail order. In Vancouver, clearly, there’s a large demand: Cannabis users want to be able to see the product in advance

Whether the licensed producers and their customers are able to benefit from changes in the laws remains to be seen, but the illegal dispensaries will likely continue to face pressure from local jurisdictions.  Vancouver Mayor Gregor Robertson suggested that the city, which has implemented new laws to regulate these operations, will continue to limit them, though he is hopeful that the Liberals will create some sort of harmonization that would permit dispensaries to operate legally from a federal perspective.