The index remains substantially below the all-time closing high of 1314.33 on September 25th, just ahead of Canadian legalization. It has increased 41.5% since bottoming on December 21st and is up 26.9% year-to-date: 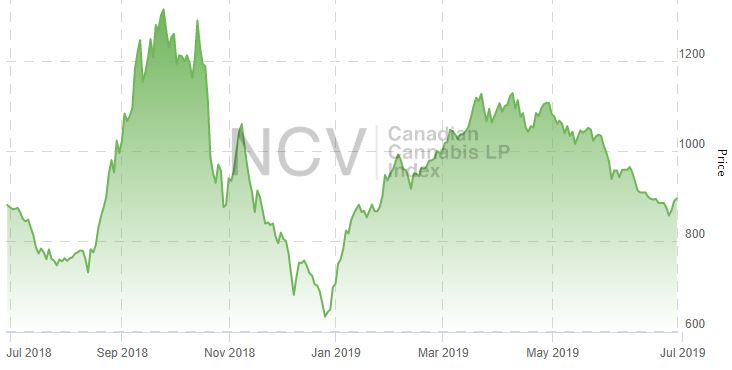 The returns for the overall sector varied greatly, with four names gaining more than 10%, while ten declined by more than 20%, for a median return of -8.5%: 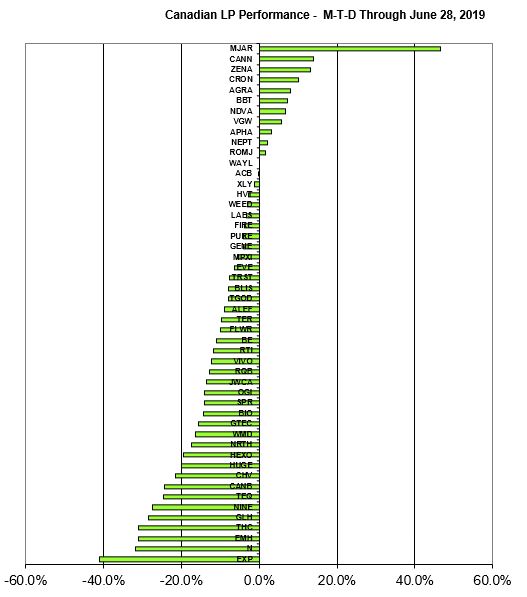 For July, the overall index remains at 50 constituents, with Zenabis Global (TSX: ZENA) (OTC: ZBISF) moving from Tier 3 to Tier 1. Readers should be aware that Tilray (NASDAQ: TLRY), with no Canadian listing, is not eligible for inclusion in the index, which is denominated in Canadian dollars. Note that the cut-off date for making changes to the index was 6/26.