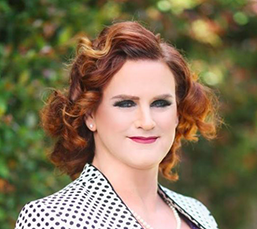 HollyWeed North, built with a subsidiary model, serves as a white label co-manufacturer in the cannabis industry. Vertical integration is a common approach, but as the business grows in complexity, Founder and CEO Renee Gagnon sees the increasing need for outsourcing. And, HollyWeed North will be there as the flexible service provider ready to help. Gagnon spoke with New Cannabis Ventures about her extensive experience in the industry and how she started a company focused on risk mitigation.

In 2012, Prime Minister Stephen Harper’s office put out a request for proposal for commercializing cannabis. Gagnon had a business plan put together within hours. She put together a company under the MMPR program. Thunderbird Biomedical, now Emerald Health, earned its license in February 2014 and went public on the TSXV in September 2014.

In 2015, Gagnon came out as transgender. She exited Emerald Health because of the conservative finance community. She connected with Women Grow in the United States and decided to build a company that could help female entrepreneurs.

Today, approximately 30 people work across HollyWeed North’s executive team and subsidiaries. Back when the company was just beginning, Mary Stipancic came on as Gagnon’s first hire. Gagnon knew from the start she wanted a Chief Compliance Officer who would report directly to the board of directors. In the past, she saw many compliance positions relegated to below VP level, essentially stripping them of power to control quality assurance. Since then, Stipancic has been promoted to COO, and Jo Ann Di Sensi, previously from the pharmaceutical industry, has stepped in as Chief Compliance Officer.

Other key members of the leadership team include Chief Marking Officer Leslie Gerard and Chief Technology Officer Vicki Pavloski. Gerard comes with marketing experience through roles at Interscope Records and Disney Records. Pavloski, one of the first female Marines in the 1980s, is fluent in more than 24 programming languages.

The HollyWeed North executive team focuses on executing the company’s vision while supporting the subsidiary leaders.

The company’s leadership team stands out in an industry with declining female leadership. Gagnon points out that four years ago women filled nearly half of leadership roles in the industry, but that number is dropping. The issue of equity for both women and minorities is a continuing issue in the space. Gagnon urges companies, funds, and legislation to address equity in the cannabis industry.

The HollyWeed group of companies includes HollyWeed Bakery, HollyWeed Retail, HollyWeed Grow, HollyWeed Manufacturing and Extracts, and TerraCube International. The company is designed this way so each subsidiary serves a different part of the value chain in cannabis.

TerraCube, the company’s technology, is a primary focus right now, according to Gagnon. In her previous experience in the industry, Gagnon struggled with common grow problems like mold, pests, and resource usage. So, TerraCube set out to develop a room that incorporates the security, compliance, hygiene, resources, and trackability necessary to address these problems. The resultant IP is a clean room built to Health Canada and FDA standards. The company is aiming to use the TerraCube to give companies a faster, more affordable go-to-market strategy.

The company plans to outsource the manufacturing of the TerraCube products to Georgia, rather than manufacture in Canada and ship the products to the United States. Gagnon also sees this is a way to help jump-start the cannabis industry in the eastern region of the country.

Partnerships in the Industry

The company’s HollyWeed Manufacturing and Extracts subsidiary signed a multi-year processing and extraction agreement with Canopy Growth.  Gagnon sees the prepaid, mid-seven-figure deal as an indication that vertical integration is not scalable and affordable over the long term. It takes time to build out additional footprint to handle new product and service offerings. HollyWeed North is there to help companies outsource and add new capabilities on a tighter timeline. The company becomes a part of its customers’ supply chain and helps them grow.

HollyWeed North works with a lot of American entrepreneurs, helping them to get their established brands into the Canadian market. Gagnon views it as a way of helping U.S. companies bank their IP outside of the U.S. ahead of eventual federal legalization.

The company also works with international customers in markets like Australia and North Africa. HollyWeed North helps these clients build their domestic supply under the Canadian framework, aiming to help them succeed in their domestic markets.

Recently, HollyWeed North began the RTO process. The shell was announced last August, and the company is working with Haywood Securities. The company is doing a minimum viable financing, and November is the target date for the RTO.

Preparing for the Future

When it comes to finding success in the cannabis industry, Gagnon views Canada and the U.S. as two very different markets. Canadian companies need to focus on finding a niche and scaling, according to Gagnon. In the U.S., companies should be preparing for the eventuality of full legalization. When it happens, Gagnon imagines it will be similar to the seismic shift that happened in California a year ago. Many companies will have to start from scratch if they are not prepared for FDA regulations.

To learn more, visit the HollyWeed North website. Listen to the entire interview: