Mettrum (TSXV:MT) announced this morning that it has raised at least $5mm through a “bought” offering led by underwriter Cormark Securities, which has agreed to purchase 3.334mm shares for resale at $1.50. The underwriters have the option to buy an additional 500,100 shares within 30 days of the closing, which is expected to occur on or about May 10th.

Mettrum indicated that the purpose of the financing is for “plant upgrades, including additional growing and oil extraction capacity at existing facilities, other growth opportunities and general corporate purposes”.  In an exclusive interview last week with 420 Investor, CEO Michael Haines had suggested that the company doesn’t need to raise capital but that it might do so to accelerate its buildout of its unfinished capacity or to expand its cannabis oils efforts, which included the possibility of adding a custom-made industrial extraction machine.

Mettrum last raised capital in 2014 before going public.  This offering, which follows capital raises over the past six months by Aphria (TSXV:APH), Canopy Growth (TSXV:CGC), and OrganiGram (TSXV:OGI),  is priced near the 10-day moving average, a 12% discount roughly to the $1.70 close on Friday: 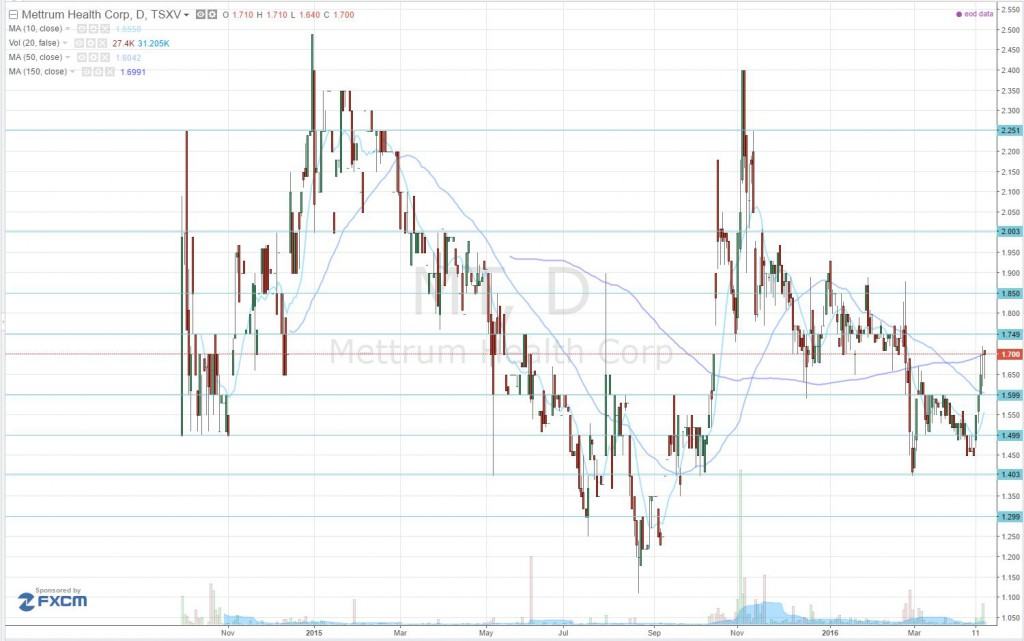