Canadian cannabis producers moved modestly higher on average in May, with the Canadian Cannabis LP Index increasing 0.6% to 867.30: 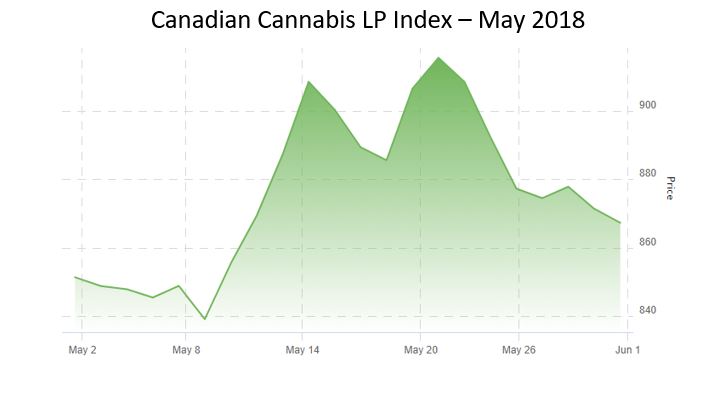 After rallying to begin the year, the index has now declined 13.7% thus far in 2018.  Some of the most exciting developments in May for the sector included the Canopy Growth listing on the NYSE, the TSX IPO of Green Organic Dutchman and the Aurora Cannabis deal to buy MedReleaf.  If there was a theme evident, it is that the Canadian LPs are increasingly focused on international opportunities. Health Canada issued just 1 new cultivation license during the month after issuing 13 new licenses in April, bringing the total to 105. We published 59 stories on the Canadian sector during the month.

Tier 2, which includes the remaining LPs that are generating sales, fell 1.1%, its fourth consecutive monthly decline, and is down 11.9% year-to-date. Organigram (TSXV: OGI) (OTC: OGRMF) was the clear winner with its 23.3% gain, but several other companies were able to post positive returns. Newstrike (TSXV: HIP) (OTC: NWKRF) plunged  35.9% following an equity offering that was substantially lower than its large capital raise earlier this year.

The returns for the overall sector varied greatly, with eight stocks rising more than 10% while six fell in excess of 10%: 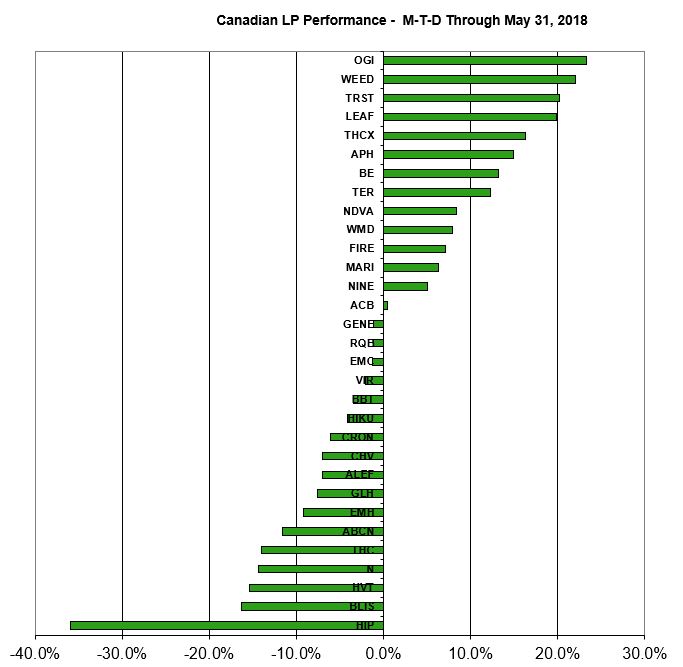