Canadian cannabis producers renewed their decline in April following a pause in March, when the Canadian Cannabis LP Index had rallied 0.8%, declining 11.2% to 861.96: 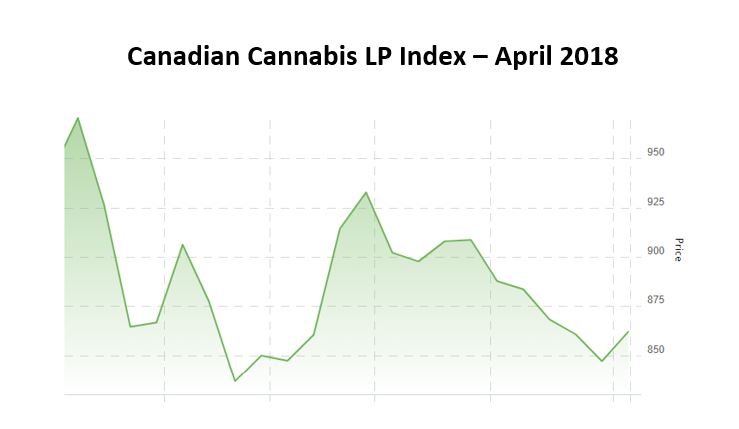 After rallying to begin the year, the index has now declined 14.2% thus far in 2018. The intraday lows on both April 4th and April 10th were close to 800, and the index bounced above that level in late April. News flow was light in April for the sector, with finalized allotments from Quebec provided on April 11th. Health Canada issued 13 new licenses, bringing the total to 104. Hiku Brands (CSE: HIKU) (OTC: DJACF) announced an all-stock deal to acquire WeedMD (TSXV: WMD) (OTC: WDDMF).

Tier 2, which includes the remaining LPs that are generating sales, fell 6.2%, its third consecutive monthly decline, and is down 10.9% year-to-date. WeedMD was the clear winner following the announcement of its pending acquisition, but four other companies were able to post positive returns. Three other members of Tier 2 lost more than 10%, while two gained more than 10%. TerrAscend (CSE: TER) (OTC: TRSSF) and Delta Nine (TSXV: NINE) (OTC: VRNDF) were both down more than 20%.

Tier 3, which includes the LPs that are licensed to cultivate but not yet approved to sell, fell 20.2%, substantially more than the other tiers, and is down 15.5% year-to-date. No member of this group posted a positive return, while four of the ten companies fell by more than 30%.

The returns for the overall sector varied greatly, with two stocks rising more than 10% while five fell in excess of 30%: 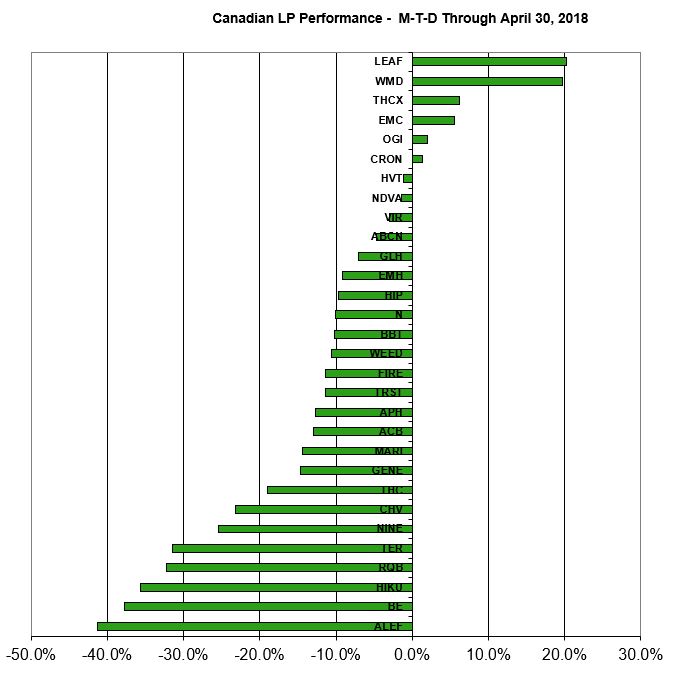 For May, the overall index will have one addition, BlissCo (CSE: BLIS) (OTC: HSTRF), which recently received its license from Health Canada and will be added to Tier 3.