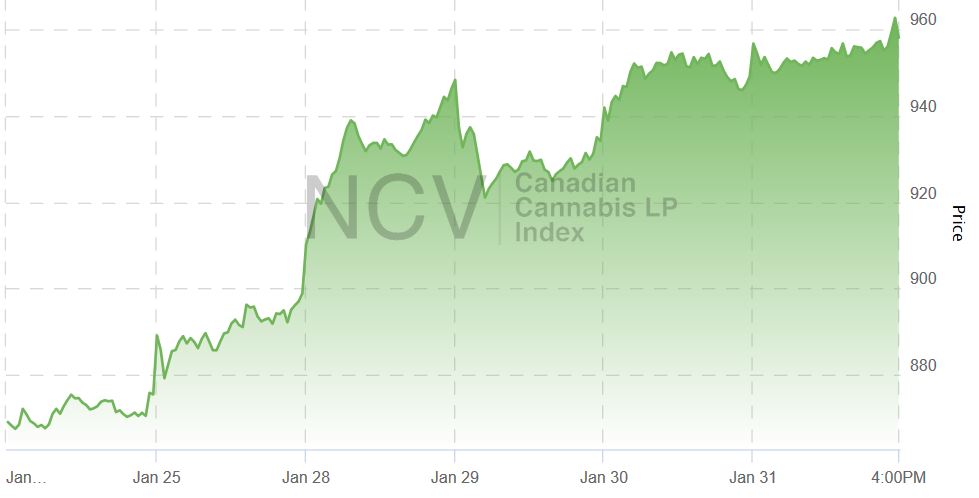 The index ran up into the October legalization beginning in mid-August after the announcement of the C$5 billion investment by Constellation Brands (NYSE: STZ) into Canopy Growth (TSX: WEED) (NYSE: CGC), hitting an all-time closing high of 1289.57 on October 15th and then declining by 51% to a new 2018 low before bouncing in late December. It has gained 51.6% since bottoming on December 21st and lost 29.9% in 2018: 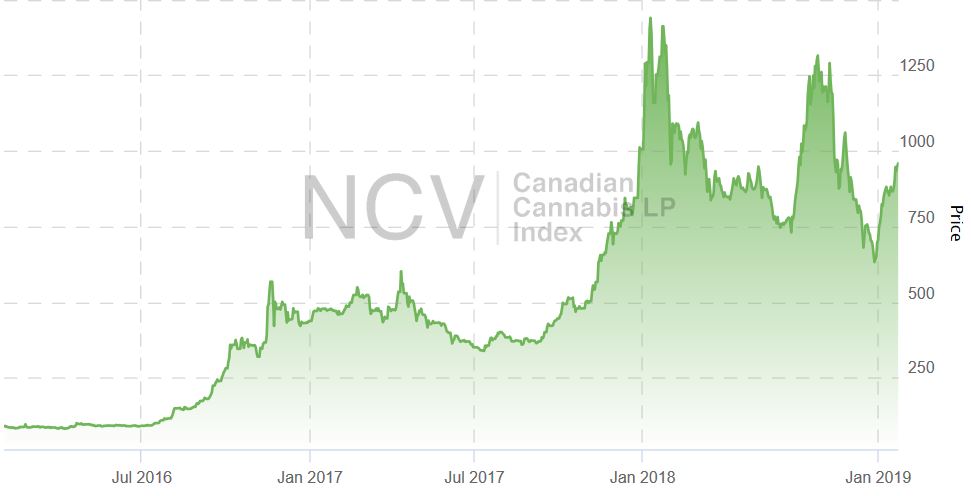 Tier 1, which included the LPs that are generating sales of at least C$10 million per quarter (in 2018, we used C$4 million as the hurdle), rose 53.1% in January after declining 7.7% in 2018. This group included Aphria (TSX: APHA) (NYSE: APHA), Aurora Cannabis, CannTrust (TSX: TRST) (OTC: CNTTF)  and Canopy Growth. Within the group, Aurora had the worst return at 37.2%, which was still above the return of the entire sector, while Canopy Growth posted the highest return at 76.0%. Aphria rebounded 45.4%, while CannTrust gained 54.0%.

Tier 3, which included the 36 LPs that generate quarterly sales less than C$2.5 million, rose 30.8% after declining 26.4% in 2018. The best performer was Harvest One (TSXV: HVT) (OTC: HRVOF), which ended 2018 trading at tangible book value and began the year by getting an OTCQX listing. Harvest One rose 94.9%. All four of the stocks that declined in January were Tier 3 names, including Canada House Wellness (CSE: CHV) (OTC: SARSF), Viridium Pacific Group (TSXV: VIR) (OTC: VIRFF), which was halted in trading early January due to a pending merger, Sproutly (CSE: SPR) (OTC: SRUTF) and Flowr Corp (TSXV: FLWR) (OTC: FLWPF).

The returns for the overall sector varied greatly, with six names gaining more than 60%, while four declined: 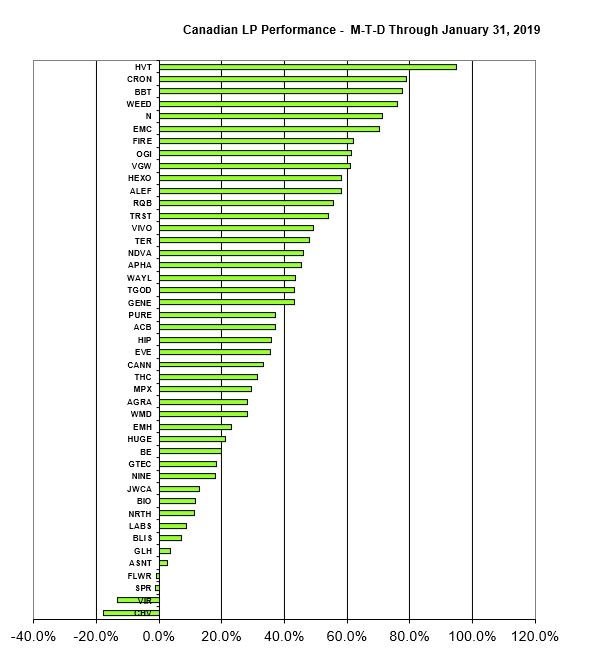 For February, the overall index had two changes, with Zenabis (CSE: ZENA) joining after its recent reverse-takeover and MPX Bioceuticals (CSE: MPX) (OTC: MPXEF) exiting as it completes its asset sale and issues shareholders stock in MPX International. Additionally, Organigram moved from Tier 2 to Tier 1 for February after reporting sales of C$12.4 million for its quarter ending November 30th. Readers should be aware that Tilray, with no Canadian listing, is not eligible for inclusion in the index, which is denominated in Canadian dollars.