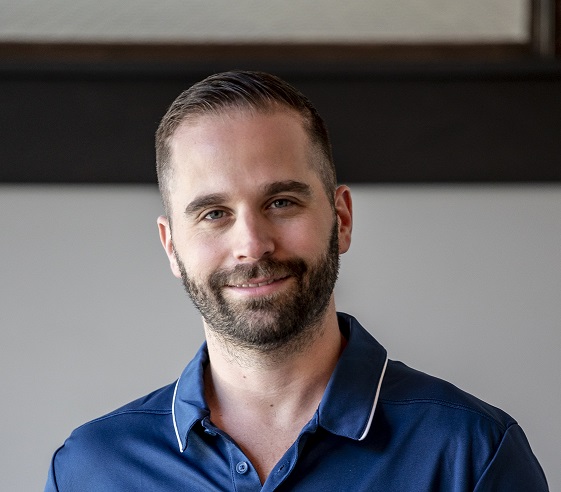 Chicago-based Fyllo has developed a unique technology stack to support compliance in the cannabis industry. Chad Bronstein, the CEO of the software and services company, spoke with New Cannabis Ventures about the Fyllo Compliance Cloud, integrating CannaRegs and growth into more highly regulated industries. The audio of the entire conversation is available at the end of this written summary.

Bronstein comes from an ad tech background. Prior to starting Fyllo, he was working as CRO of advertising company Amobee. He wanted to explore a more entrepreneurial venture and determined that the technology he wanted to build had yet to appear in the cannabis industry.

Much of the Fyllo leadership team is comprised of people Bronstein has worked with earlier in his career. Chief Product Officer Erik Shani and Bronstein both worked for companies acquired by Amobee. He has also previously worked with Chief Data and Compliance Officer Nicole Cosby, Chief of Staff Aristotle Loumis, COO Michael Chock and Chief Marketing Officer Conrad Lisco.

Recent additions to the team include CFO Arjuna Reddy, who comes from a background in M&A, and Chief Commercial Officer Jeff Ragovin. Following the acquisition of CannaRegs, the company’s founder Amanda Ostrowitz joined the Fyllo team as Chief Strategy Officer.

The Fyllo Compliance Cloud has a number of different facets. CannaRegs, acquired by the company earlier this year, supports compliance by helping users understand taxation, zoning, applications and other regulatory issues. The compliance data in the CannaRegs platform also drives Fyllo’s Compass technology, which uses AI image recognition to ensure creative assets are compliant with all regulations.

CannaRegs was a product and culture fit for Fyllo, and that technology and team was integrated into Fyllo’s platform within a month, according to Bronstein. Already, the company is working toward a second version of the CannaRegs platform.

Fyllo also runs advertising for a number of different brands. Its Endemix product is a data ecosystem that allows users to target various market segments.

While competition is inevitable, Bronstein is confident no one is doing exactly what Fyllo is in the cannabis space. Instead, other companies compete with different pieces of Fyllo’s technology stack.

Fyllo serves a broad customer base that encompasses MSO, single-state operators, direct-to-consumer CBD brands and law firms. Columbia Care, Apothecanna and Grassroots are among its customers.

In terms of the company’s total addressable market, Fyllo is targeting more than just cannabis. The company is looking at all mainstream industries, such as quick-service restaurants, that want to connect with cannabis consumers.

While the COVID-19 pandemic means Fyllo’s team has transitioned to remote work, they are still very busy, according to Bronstein. Cannabis businesses have been deemed essential. Companies are focusing on growing curbside services, and direct-to-consumer CBD brands are looking for online sales opportunities. As the industry is navigating the current environment, Fyllo has been supporting its clients and deepening those relationships, according to Bronstein.

M&A will continue to be a part of the company’s growth strategy. Rather than focusing on large deals in the $100 to $150 million range, it will seek out tuck-in acquisitions with technology and teams that add value to its platform,  without too much overlap. Technology and data infrastructure acquisitions in cannabis, as well as other highly regulated marketplaces, could be of interest.

Right now, Fyllo’s focus is on the United States, but as it becomes confident in its platform, it will work on breaking into global markets. As the company grows, it will jump into other verticals, such as biopharmaceuticals. Bronstein expects the company to play in any space that has hurdles around regulation.

Fyllo raised $16 million in seed funding with participation from JW Asset Management and K2 & Associates. The company has also raised money from friends and family, as well as early-stage tech investors. With the addition of CannaRegs, the company has been able to gain support from additional funds including Salveo Capital, Phyto and Panther.

The company is raising another round, with plans to diversify with a tech investor, according to Bronstein. Fyllo’s capital is going toward the continued evolution of its technology stack, as well as operations, sales, account management, marketing and legal.

Outlook on the Future

In the current landscape, revenue, team, partnerships, evolution of technology and P&L are important metrics for investors to track, according to Bronstein. While COVID-19 has only increased uncertainty in the industry, Bronstein is confident in Fyllo’s ability to demonstrate growth.

To learn more, visit the Fyllo website. Listen to the entire interview: