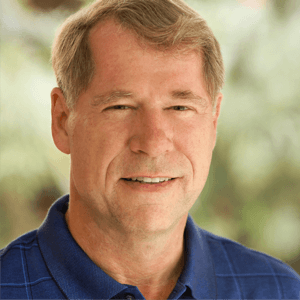 How Did NextRX Come About and Why We Chose Equity Crowdfunding

I am a serial entrepreneur, so when I heard at a party from one of my former employees that he had become a MMJ patient but was dismayed at how troublesome it was to register with dispensaries and that he had to provide his ID with the original recommendation, my curiosity was peaked. It was quickly apparent that we were seeing the end of the second Prohibition coming, which in turn provided a unique opportunity to create a system with the potential to positively impact this rapidly emerging new industry. That is the backdrop to what led me into the industry.The pioneer in bringing together startups with funding is the Arcview Group. We attended many Arcview events, which are always enjoyable, but, for us at least, were never successful in obtaining financing and were frustrating and costly both in terms of time and money.

The consideration to do crowdfunding

In November of 2015, I attended an event in L.A. hosted by NextGen Crowdfunding, where I learned about the coming Reg. CF equity crowdfunding starting May 16th, 2016.  I also got to know Howard Marks, one of the founders of StartEngine based in Santa Monica, California. He told me that StartEngine was determined to be one of the first platforms out there with CF listings once it becomes legal.

In light of our past experience, it was a no-brainer to embrace this new opportunity to appeal for funding directly to the very people who were frustrated by the headache of registering with dispensaries not to mention the security of their information, since they had reason to believe that data protection was not the top priority at many of the dispensaries they visited.

Preparing our listing on StartEngine

On April 18th, we were invited to apply to list on StartEngine. Our time had finally come, it seemed. While typically startups want as few as possible shareholders to minimize problems, NextRX wanted as many shareholders as we could get – not just to raise funding but hopefully to gain passionate evangelists for the system and hence brand. Obviously that is a risky proposition since your supporters will hold you accountable, a strategy that can easily backfire.

At the same time the prospect of being one of the first out of the gate with a compelling solution in an exciting industry meant a high probability of getting free national and international media exposure which in turn would hopefully lead to the short campaign filling up quickly. Nothing attracts success like success, so the hope was to follow a swiftly oversubscribed first $80,000 campaign with a second one for $500,000.

Going through the registration process of StartEngine was very time consuming and expensive. In total, we spent about $20,000 with all of the legal, accounting fees and movie production. We even developed a special database to help keep track of all the required documentation and information.

The biggest challenge in getting everything done by May 13th, the deadline from StartEngine if one wanted to get listed by the 16th, was making a compelling video.

Why we are excited by equity crowdfunding

The beauty of genuine equity crowdfunding is that you are not appealing to traditional investors but rather recruiting supporters of a bold vision. That meant that we could create a video that clearly showed the typical headaches patients faced and how the RX-Pass is an obvious solution to their problems. For a regular equity campaign, the video would have usually focused on all the stuff “sophisticated” investors expect – market size, competition, team etc. etc. It’s a tough job to make an interesting video when the boring stuff plays such a big role. It also marks a key difference in the future between equity crowdfunding for startups (by which I mean companies that are less than 1 year old) because the main goal will be to sell the vision to gain support. All the other stuff will still be there as required by law, but the focus is likely to be on the vision. The other stuff, as it were, is readily available for viewing on the campaign page but need not be part of the video anymore. After all, what meaningful financial data is to be expected from a young startup? The wisdom of the crowd is pitted against the experience of “the experts”.

What is really cool is that within a year we are bound to see the establishment of exchanges where these startup shares can be traded, which of course provides a liquidity event, and, thus, regular folk finally have the opportunity to bet on what they hope to be the next Google.

We were delighted to see that both of the teams at StartEngine and CrowdCheck (who handled the Due Diligence) were great teams that worked tirelessly – literally on Saturday and Sunday of that weekend to get the campaigns launched on May 16th.  NextRX was elated to be one of the first startups out of the gate on the first day of this new equity crowdfunding world.

Sadly the euphoria lasted less than 48 hours. By Tuesday late afternoon, we were informed by our contact at StartEngine that the escrow bank they had contracted with to handle all campaigns absolutely refused to handle ours for fear of losing their banking license. The problem, of course, was that NextRX is engaged in the cannabis industry – even if only on the ancillary side. StartEngine removed the campaign from its active listings page as well as the Invest button rendering it effectively stopped if not cancelled.Ironically StartEngine was as surprised by this as we were since they already have a campaign running for Med-X, which is decidedly cannabis related. The problem appears to be that theirs is a Title IV listing, while NextRX is listed under Reg. CF. The difference is that for CF campaigns the SEC appears to require a separate escrow processing bank while for the other campaigns FundAmerica (which provides a transactional platform for sites like StartEngine) can handle both functions.

We put together a database with all of the funding sites we could find as shown below to ascertain other potential avenues for our campaign. As you can see, WeFunder is by far the most active and indeed has an excellent system from what we can see. 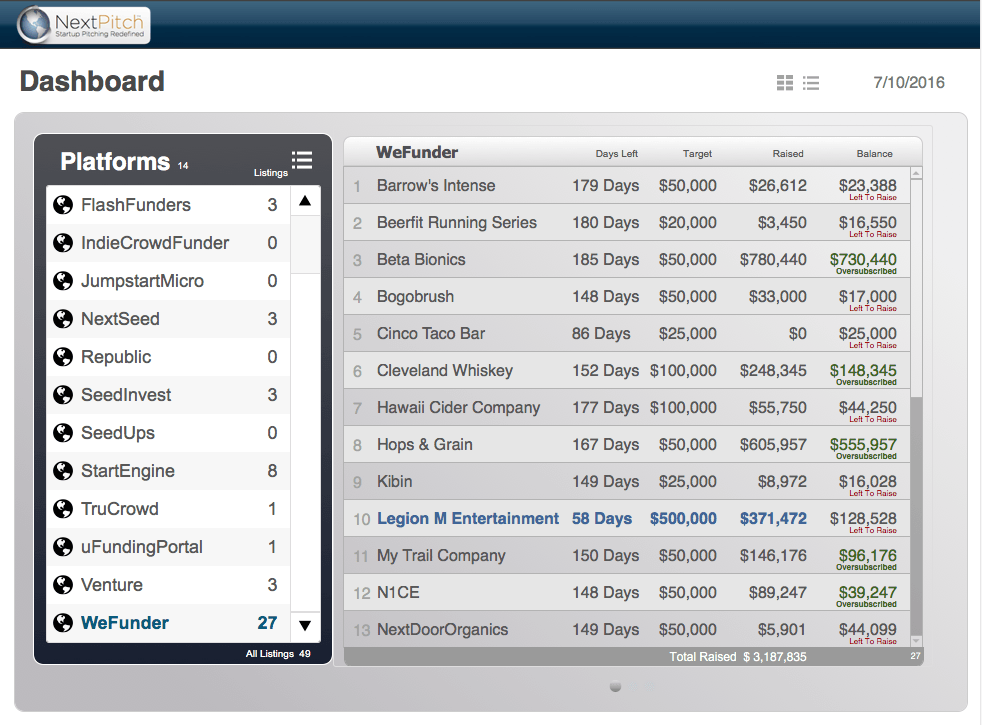 Sadly, they have the very same problem with their escrow bank and, thus, cannot take the campaign. Since this appears to be a fundamental problem that will only be resolved once a crowdfunding platform finds a cannabis friendly escrow bank or the SEC changes what is arguably a totally unnecessary rule, the best course of action would appear to be either to list internationally on a platform like Sweden’s FundedByMe or to move up to a Title IV funding.

On July 8th, we were notified by StartEngine that the objections of the escrow bank had been resolved. Apparently they had come to the realization that there is a difference between an ancillary service provider that doesn’t touch the plant, like NextRX, and those that do. Whatever the reasoning, at least this hurdle is crumbling, which is good news for all cannabis startups. 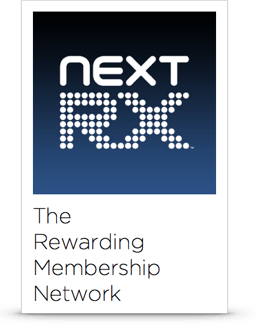 There is nothing quite like the feeling of creating something out of nothing. To turn a vision into reality. That is why I became a serial entrepreneur. I started or co-founded over 10 businesses since 1980. Some grew to a significant size – like EuropaWatch.Com (28 employees, $6 million in sales), while others did ok and a few failed. My latest startup is called NextRX and its mission is to set a higher standard in the medical marijuana industry from the patient’s perspective. To this end we developed our RX-System to become the industry’s first Rewarding Membership Network.