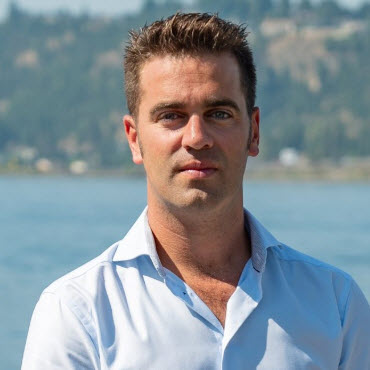 Extraction technology company Vitalis manufactures its own machines, sells them directly and services them in every one of its markets. Co-founder and CEO Joel Sherlock spoke with New Cannabis Ventures about the private company’s recent patent, plans for new markets and his growing team.

In 2011, Sherlock made his first foray into the cannabis market in Canada. At the time he was in real estate, and a company operating under Marihuana Medical Access Regulations (MMAR) program approached him about leasing one of his properties. He was initially skeptical, but, after doing his research, he became that company’s landlord, and the relationship bloomed. He became friends with the company’s leadership and started investing with them, which led to private equity funds in the cannabis space. Eventually, his interest in the industry’s hard assets led him to co-found Vitalis.

Sherlock and his co-founders weren’t able to get extraction equipment suppliers to customize products to their specifications, so they set out to create a machine with wide operating parameters, which is why the company combines subcritical and supercritical CO2 processing technology in a single platform. This means the Vitalis platform is capable of both processing full-spectrum vape oil from high-quality flower and distillate oil from low-quality trim. A vital part of the company’s strategy is finding innovative ways to solve bottlenecks that extraction facilities face every day. For example, the company recently received a patent for its flow control valve, an integral piece of the machine that operates with such wide parameters. The company’s R&D lab is currently pursuing a number of other patents.

Vitalis has done a lot of its business in the United States because the processing market has been so active there. The company makes industrial-scale equipment, and Sherlock has seen high demand for equipment that large in states like California, Colorado, Oregon, Nevada, and Washington. He foresees continued growth in the United States, particularly with the passage of the Farm Bill setting the stage for potentially explosive growth in the country’s CBD market.

Sherlock also expects demand to increase in Canada as more regulations around vape oils and edibles come online. A processor that only has one or two machines could need eight to 10 machines to keep up with increasing volume, according to Sherlock. The company has a service center in British Columbia where it trains its staff. Vitalis will likely be doing the same in Europe and other markets. The company has machines going into markets like Denmark, Italy, Serbia, and Switzerland, as well as Israel.

With growth on different continents, Vitalis is actively hiring to ensure its team is there to support the company. Currently, the Vitalis team is about 65 people strong, but Sherlock expects the company to have more than 100 employees by the end of first quarter. Early in 2019, he will be spending a lot of time establishing the company’s team in Europe.

Vitalis is a private company with three partners: Sherlock, COO Pete Patterson, and CTO James Seabrook. The company has no debt and no immediate plans to pursue plans to go public, according to Sherlock. While he was unable to share exact projections, Sherlock expects the company’s revenue, along with its employee count, to nearly double by the end of 2019.

Sherlock aims to keep his company flexible and ready to pivot toward evolving consumer preference – a key reason behind the wide operating parameters of the Vitalis platform. Referencing a comparison made by Alan Gertner of Hiku Brands and Tokyo Smoke, Sherlock likened the cannabis industry to the coffee business. Years ago, it was enough for coffee to be strong, but now coffee drinkers want different flavor profiles and strengths. He sees the cannabis industry trending in the same direction.

As the company grows, Sherlock is focused on effectively scaling to meet the technology and customer service demands in every market the company enters.

To learn more, visit the Vitalis website. Listen to the entire interview: