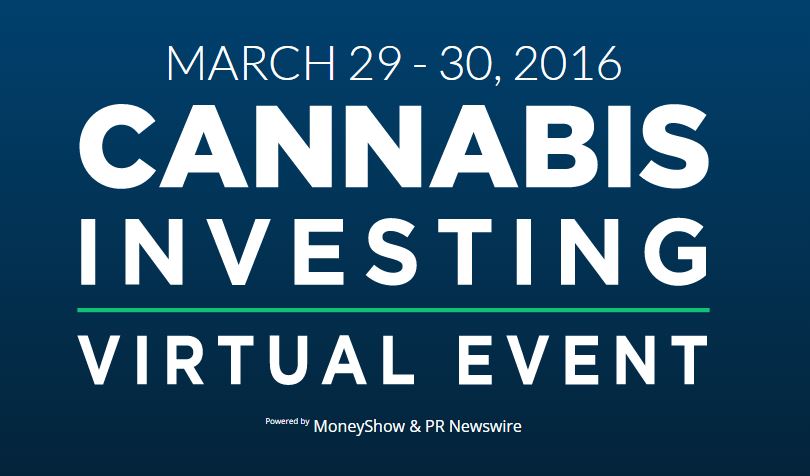 Investing in cannabis stocks remains perilous, as I will discuss in a presentation at MoneyShow’s Cannabis Investing Virtual Event on March 29th.  With that said, there are a few companies that are making progress.  The recent doubling in price of GW Pharma (NASDAQ: GWPH) following Phase 3 clinical trial results has sparked interest in the sector, which has rebounded from February multiyear lows.  Looking ahead, several states will have legalization initiatives on the ballot in November, making now a good time to start preparing for more interest in the sector later this year.

Cannabis Investing Virtual Event affords everyone a chance to learn about the sector and broader industry free of charge.  In addition to information available on the website, the show features live presentations by several companies and investors in the space, including presentations by three publicly-traded companies:

Later that morning, Brett Roper, COO of Medicine Man Technologies (OTC: MDCL), will present “What to Consider as You Determine What Cannabis Business is Best for You and Your Investment Dollars”.  Medicine Man Technologies, based in Denver, began trading earlier this year after going public via the S-1 process.  The company provides cannabis consulting, licensing its state-of-the-art cultivation and dispensary operating solutions that are associated with Denver’s Medicine Man.

On March 30th, Isaac Dietrich, CEO of MassRoots (OTC: MSRT), will present “Cannabis Technology: Investing in Marijuana Without Touching the Plant Itself”.  MassRoots, which will soon celebrate its first year as a public company, also went public via the S-1 process. Its social network platform offers its almost 800K registered users semi-anonymous the ability to share their cannabis content, stay connected with the latest legalization news and follow their favorite dispensaries.

The webcasts will be archived and available to registrants through April 20th.