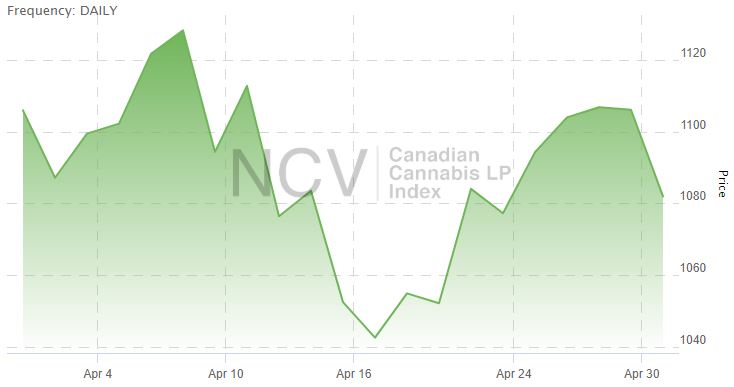 The index remains substantially below the all-time closing high of 1289.57 on October 15th, just ahead of Canadian legalization. It has increased 71.2% since bottoming on December 21st: 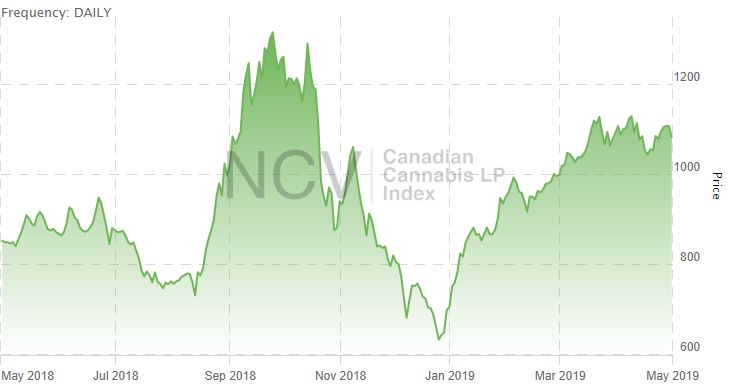 Tier 3, which included the 39 LPs that generate quarterly sales less than C$2.5 million, lagged the other tiers as it declined 1.7%, leaving its year-to-date gain at 48.2% after declining 26.4% in 2018. The three top performers for the entire sector were all members of Tier 3 during April, including Valens GroWorks (CSE: VGW) (OTC: VGWCF), MediPharm Labs (TSXV: LABS) (OTC: MEDIF) and Neptune Wellness Solutions (TSX: NEPT) (NASDAQ: NEPT).

The returns for the overall sector varied greatly, with four names gaining more than 20%, while eight declined by more than 20%, with the top three all focused solely on extraction: 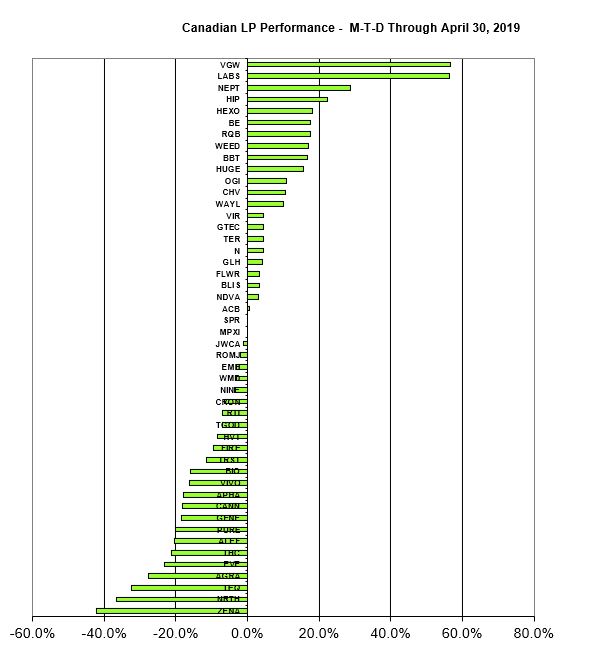 For May, the overall index remains the same. Additionally, MediPharm Labs advances from Tier 3 to Tier 1 this month, while Delta 9 (TSXV: NINE) (OTC: VNRDF), Flowr Corp (TSXV: FLWR) (OTC: FLWPF) and TerrAscend (CSE: TER) (OTC: TRSSF) move from Tier 3 to Tier 2. Readers should be aware that Tilray, with no Canadian listing, is not eligible for inclusion in the index, which is denominated in Canadian dollars.

In the next monthly review, we will summarize the performance for May and discuss any additions or deletions. Be sure to bookmark the pages to stay current on LP stock price movements within the day or from day-to-day.