Canopy Growth (TSX: WEED) (OTC: TWMJF) CEO Bruce Linton has sold about 10% of his holdings in the company, disposing of 350K shares in two transactions on March 29th at an average price of $10.64, realizing proceeds of $3.724mm.

Following the sale, Linton’s beneficial interest is 3.2mm shares, including 2.766mm shares held in HBAM Holding Inc., 70,800 shares held in his name, 105,486 shares held at GMP Securities in trust and 250K options to acquire shares at $2.95. Linton last sold shares in July, when he sold 400K shares for approximately $1.1mm.

Linton’s sale was made just as the company’s fiscal year came to an end. At the time, the stock was up 16.4% since year-end. The stock has appreciated by over 300% during the past year: 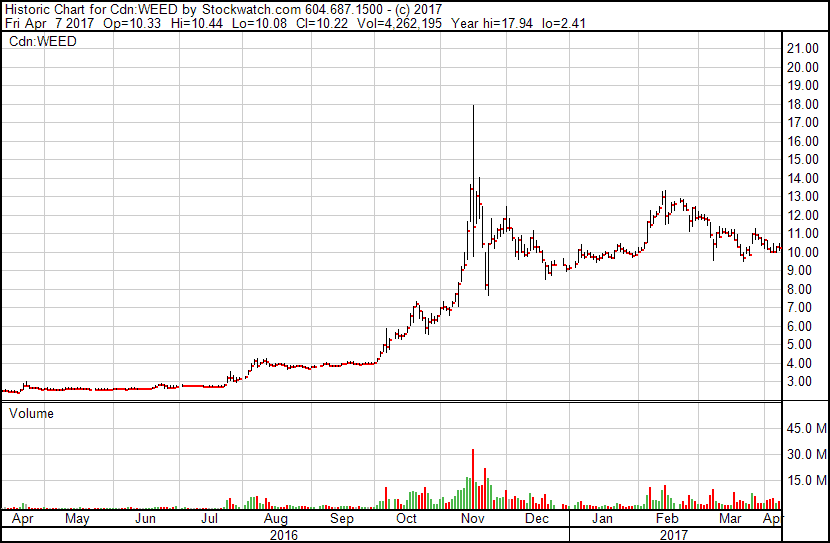