The Company’s record revenues in the quarter were driven by a significant increase in domestic sales across all product formats as well as sales in the German medical market, which is beginning to show impressive growth.Success in future global medical markets and the recreational cannabis market in Canada will depend not only on capacity, but on strong execution and securing supply agreements with the provinces today.  I believe our success on both these fronts is evident as you look at our accomplishments this past quarter. 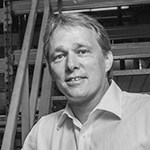 With the sector’s largest inventory of diversified, high quality cannabis products, demonstrated distribution capabilities, robust IT infrastructure, a vast production footprint, investments in seven provinces across the country and a proven record of leadership and execution, we are now excelling into the anticipated recreational sector with unparalleled opportunity. With millions of square feet of production expansion underway across the country and around the world, as well as capacity offtake from our expanding roster of CraftGrow partners and through Canopy Rivers Corporation, we will ensure a sufficient and timely flow of supply to serve our line-up of unparalleled premium brands.

Revenue for the third quarter fiscal 2018 was a record $21.7 million, representing an increase of 123% over the prior year’s quarter in which revenue was $9.8 million.  In the three months ended December 31, 2017 and 2016, oils, including the Company’s Softgel capsules, accounted for 23% and 13%, respectively, of the product revenue for each period.

Oil sales, including gel caps, accounted for 23% of third quarter product revenue (reported revenue net of merchandise revenue, clinic revenue and shipping fees). Oil sales in the third quarter accounted for 2,132 litres (or approximately 262 kilogram equivalents) of the kilogram and kilogram equivalents sold.  Spektrum Cannabis sold 78 kilograms in Germany, all sourced from Canadian domestic production, at an average price of $12.61 per gram.

The Company continues to make successive operating improvements in production and post-harvest activities through scaling and investments made to achieve competitive cost leadership within the industry and may see further optimization as increasing percentages of each facility are brought online and efficiencies are fully realized.   The shipping and fulfilment costs include Canopy’s premium brand packaging, a differentiator to support the Company’s brand category positioning.

The third quarter Fiscal 2018 gross margin before the fair value effects of the IFRS accounting for biological assets and inventory was $12.5 million or 58% of sales, as compared to $6.2 million or 64% of sales in the third quarter of last year. The lower gross margin percentage was due primarily to the impact of cash operating costs of subsidiaries not yet cultivating or selling cannabis. Excluding the costs associated with non-cultivating subsidiaries totaling $2.9 million, the gross margin before the fair value impacts in cost of sales would have been $15.5 million or 71% of sales.

Management believes the ongoing investment in building the Company’s significant and diversified production platform, world-leading brands, unparalleled international reach, and iconic partnerships, all of which directly impacted profitability during the current period, is a prudent long-term investment to strengthen the Company’s global leadership position heading into next year.

At December 31, 2017, the Company held 16,837 kilograms of dry cannabis and 5,919 litres of cannabis oils, ranging from concentrated resins, or refined oil, to finished oil. Included in the dry cannabis quantities was 2,606 kilograms available for sale in the Company’s online stores and 6,059 kilograms in process of finishing or awaiting approval for sale and 8,172 kilograms of extract-grade cannabis held for conversion to saleable oils and capsules.

Note 1: The Weighted Average Cost Per Gram is a non-GAAP financial measure that does not have any standardized meaning prescribed by IFRS and may not be comparable to similar measures presented by other companies. The definition of this term can be found in the Management’s Discussion & Analysis under Weighted Average Cost Per Gram (Non-GAAP measure), a copy of which has been filed today on www.sedar.com.

Note 2: Includes 40% owned Agripharm for which Canopy Growth has an off-take arrangement for between 75%-100% of their production.

Note 3: The Gross margin before the fair value effects of the IFRS accounting for biological assets and inventory is a non-GAAP financial measure that does not have any standardized meaning prescribed by IFRS and may not be comparable to similar measures presented by other companies.  The definition of this term can be found in the Management’s Discussion & Analysis under GROSS MARGIN (Non-GAAP measure), a copy of which has been filed today on www.sedar.com.

Note 4: The Adjusted EBITDA is a non-GAAP financial measure that does not have any standardized meaning prescribed by IFRS and may not be comparable to similar measures presented by other companies. The Adjusted EBITDA is reconciled and explained in the Management’s Discussion & Analysis under “Adjusted EBITDA (Non-GAAP Measure)”, a copy of which has been filed today on www.sedar.com.

The Company will host a conference call and audio webcast with Bruce Linton, CEO and Tim Saunders, CFO at 8:30 AM Eastern Time the same day.

Canopy Growth has established partnerships with leading sector names including cannabis icons Snoop Dogg and Organa Brands, breeding legends DNA Genetics and Green House seeds, and Fortune 500 alcohol leader Constellation Brands. Canopy Growth operates seven cannabis production sites with over 665,000 square feet of production capacity, including over 500,000 square feet of GMP-certified production space. The Company has operations in seven countries across four continents. The Company is proudly dedicated to educating healthcare practitioners, conducting robust clinical research, and furthering the public’s understanding of cannabis, and through its partly owned subsidiary, Canopy Health Innovations, has devoted millions of dollars toward cutting edge, commercializable research and IP development. Through partly owned subsidiary Canopy Rivers Corporation, the Company is providing resources and investment to new market entrants and building a portfolio of stable investments in the sector. From our historic public listing to our continued international expansion, pride in advancing shareholder value through leadership is engrained in all we do at Canopy Growth. 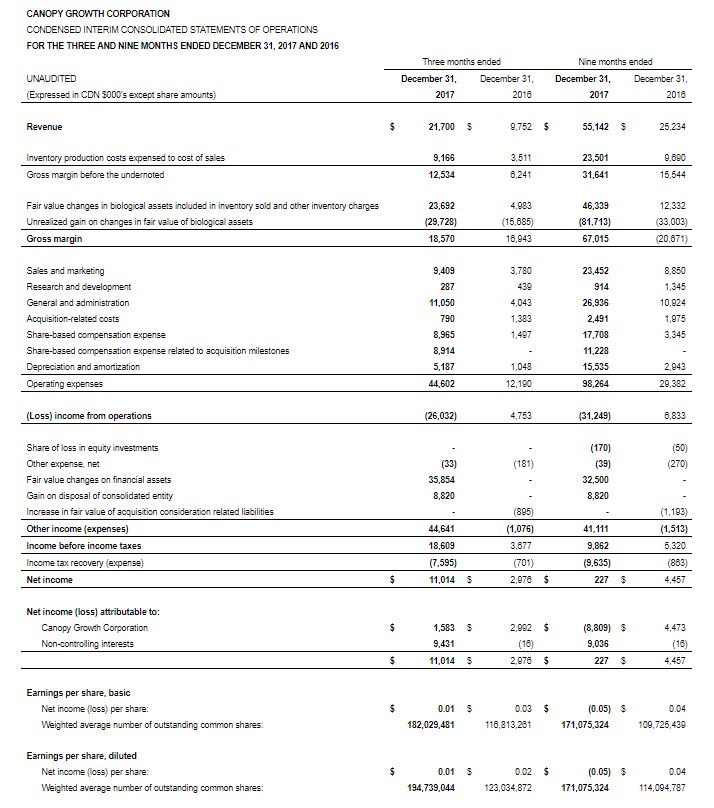 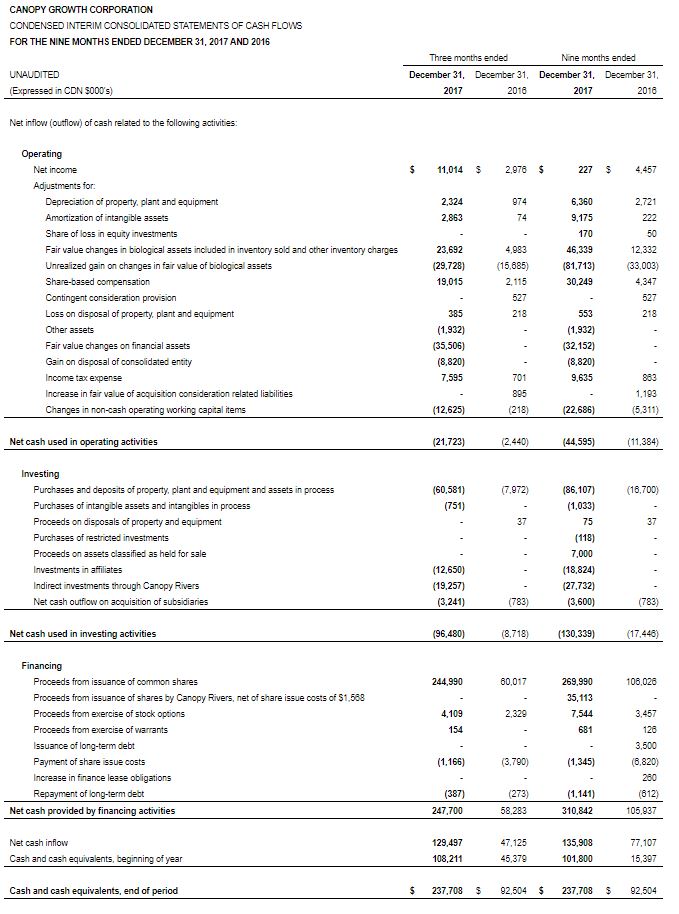 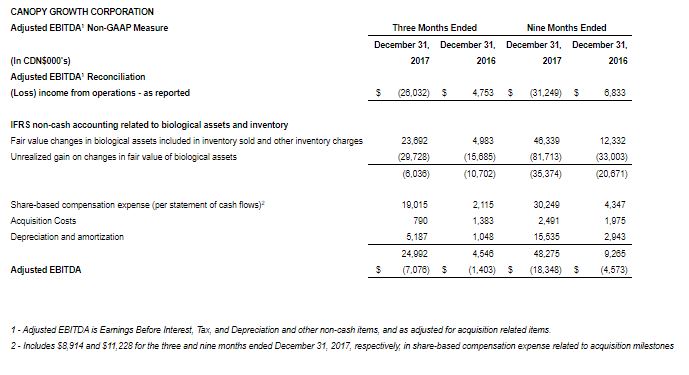