TORONTO, Dec. 21, 2020 /CNW/ – Canopy Rivers Inc. (“Rivers” or the “Company”) (TSX: RIV) (OTC: CNPOF) today announced that it has entered into a definitive agreement (the “Arrangement Agreement”) with Canopy Growth Corporation (“Canopy Growth”) (TSX: WEED) (NASDAQ: CGC) pursuant to which, among other things, Rivers will transfer three portfolio assets to Canopy Growth in exchange for $115 million in cash and 3,750,000 common shares of Canopy Growth and the cancellation of all 36,468,318 Multiple Voting Shares (“MVS”) and the 15,223,938 Subordinate Voting Shares (“SVS”) of Rivers held by Canopy Growth (collectively, the “Transaction”). On closing, the Transaction will result in Rivers becoming a widely-held company and will unlock substantial value, providing Rivers with significant additional cash resources and allowing it to pursue opportunities in the global cannabis market, including the United States (“U.S.”). The Company believes that its significant cash position and single class share structure will make it an attractive transaction partner for cannabis operators, including those in the U.S., looking for access to capital and a path to liquidity. The Transaction will proceed by way of a court-approved plan of arrangement under the Business Corporations Act (Ontario).

This is a transformative transaction for our Company that we believe provides substantial value to our shareholders through an enhanced cash position and strategic flexibility, and the collapse of our dual class share structure. 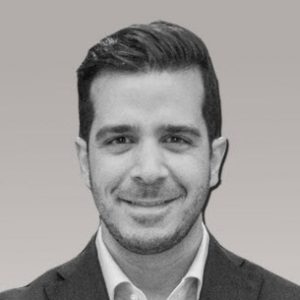 Following the closing of the Transaction, we intend to shift our focus to pursuing other opportunities in the global cannabis market, where we believe that our new strategic focus and substantial balance sheet will allow us to successfully execute our revamped strategic plan.

“As a long-time shareholder of Rivers, I am pleased to support this transaction”, said Jason Wild, chairman of JW Asset Management which, on closing, will own 23.9% of the common equity of the Company. “As an active investor in the U.S. cannabis market, JW Asset Management recognizes the generational opportunity for value creation in the world’s largest and most attractive cannabis market. With a significant infusion of cash and liquid securities, and a new strategic focus, we believe that Rivers will be well-positioned to further explore and potentially capitalize on this vast opportunity.”

“The financial and strategic merits of the Transaction to the Company and our minority shareholders are clear,” said Joseph Mimran, Chair of the special committee of independent directors (the “Special Committee”) that Rivers’ board of directors (the “Board”) established in connection with the Transaction. “On behalf of the Board, we look forward to writing the next chapter in Rivers’ history.”

The Transaction will include the following steps:

Concurrent with completion of the Transaction, Canopy Growth’s nominees on the Company’s board of directors will resign from the Board. The Company intends to replace the departing directors with new directors having skills and experience that complement those of the remaining directors, taking into account the Company’s new strategy and focus.

Under the terms of the Arrangement Agreement, Rivers will be exiting the Transferred Assets at a substantial premium to the amounts originally invested by the Company. The aggregate Transaction value represents a total return on invested capital (“ROIC”) of 5.6x and a combined internal rate of return (“IRR”) of approximately 101%.1

The Transaction is also expected to significantly strengthen Rivers’ balance sheet and liquidity position. The Company estimates that cash proceeds (not including the value of the Canopy Growth shares issuable to Rivers) from the disposition of the Transferred Assets, net of the associated tax liability and Transaction costs, will be approximately $87.2 million.2 Taking into account the Company’s current adjusted cash balance of $31.0 million,3 this represents a pro forma cash balance of $118.2 million. Based on the closing price of the Canopy Growth common shares on December 18, 2020, the 3,750,000 shares were worth approximately $124.8 million. On a pro forma basis, cash and liquid securities per share (including the implied value of the Canopy Growth common shares as at December 18, 2020) would be $1.74 assuming completion of the Transaction.4

Financial Strength: Upon closing of the Transaction, the Company is expected to have a balance sheet that compares favourably with many peers in the cannabis industry, with approximately $243 million in cash and liquid securities on a pro forma basis.5 This will improve Rivers’ liquidity in the near term, and is expected to position the Company as an attractive investment, acquisition and/or merger partner.

(i) Monetization of Transferred Assets: The Transaction allows the Company to unlock and realize the value of the Transferred Assets, including its TerrAscend securities, the value of which is not adequately reflected in the Company’s current share price. In particular, pursuant to the Transaction, the Company will be receiving consideration of approximately $235 million6 for the TerrAscend exchangeable shares, representing nearly full trading value of those shares on an as-converted basis.

(ii) The Transaction is Accretive: The value to be received by Rivers, after taking into account the cancellation of the 36,468,318 MVS and 15,223,938 SVS held by Canopy Growth, will be immediately accretive to minority shareholders, since the SVS and MVS will be repurchased at a discount to the Company’s implied net asset value. The Transaction is accretive notwithstanding the fact that the parties ascribed a notional 20% premium to the MVS as the basis for their negotiations.

Elimination of the Dual Class Share Structure: Upon closing of the Transaction, the Company and minority shareholders will derive a number of benefits associated with the elimination of the Company’s dual class share structure, including: enhanced strategic flexibility, given the absence of a controlling shareholder; proportionate voting and economic interests of the Company for all shareholders; and a more attractive share capital structure for purposes of investments, acquisitions and capital-raising.

Funds managed by JW Asset Management, the Company’s largest holder of SVS, and each of the Company’s directors and executive officers, which in aggregate represent approximately 24.5% of the outstanding SVS, excluding the SVS held by Canopy Growth, have entered into voting support agreements agreeing to vote their SVS in favour of the Transaction.

Completion of the Transaction is also subject to other customary approvals and conditions, including approval from the court, TSX and Nasdaq. The Transaction is expected to close in the first quarter of calendar year 2021.

Board Approval and Special Committee Process

The Board, other than directors who recused themselves and abstained from voting due to their role as a director, officer and/or nominee of Canopy Growth or TerrAscend, unanimously approved the Arrangement Agreement following a unanimous recommendation of the Special Committee, which was comprised of directors independent of Canopy Growth, TerrAscend and management of Rivers. Both the Special Committee and the Board determined that the Transaction is fair to, and in the best interests of, the Company and unanimously recommend that shareholders vote in favour of the Transaction.

The entering into the Arrangement Agreement was preceded by a review and evaluation of the Transaction by the Special Committee, which was advised by experienced, qualified and independent financial and legal advisors. In conducting its review and evaluation of the Transaction, the Special Committee was actively involved in, and supervised, negotiations with Canopy Growth.

The Special Committee engaged Eight Capital as financial advisor to assist in its review, evaluation and negotiation of the Transaction. The Special Committee received an opinion from Eight Capital that, subject to the scope of review, assumptions, limitations and qualifications in such opinion, as of December 21, 2020, the consideration to be received by the Company pursuant to the Transaction is fair, from a financial point of view, to the Company.

For further information on the terms and conditions of the Transaction, please refer to the Arrangement Agreement which will be available on SEDAR at www.sedar.com. Full details of the Transaction, including the Echelon formal valuation and fairness opinion and the Eight Capital fairness opinion, will be included in a management information circular of the Company to be delivered to the Company’s shareholders in the coming weeks.

Canopy Rivers is a venture capital firm specializing in cannabis with a portfolio of 18 companies across various segments of the cannabis value chain. We believe that bringing together people, capital, and ideas raises the potential of the entire cannabis industry. By leveraging our industry insights, in-house expertise, and thesis-driven approach to investing, we aim to provide shareholders with exposure to specialized and disruptive cannabis companies. Our mission is to invest in innovators across the cannabis value chain, help them grow, and ultimately create value by guiding these companies towards a monetization event. Together with our portfolio, we are helping build the cannabis industry of tomorrow, today.

2 The estimated tax liability and transaction costs are based on a number of assumptions and estimates, and will be refined upon further review and analysis and as additional information becomes available.

5 Based on estimated net cash proceeds from the Transaction of $87.2 million, the Company’s current adjusted cash balance of $31.0 million, and the implied value of 3.75 million Canopy Growth common shares based on the closing price on December 18, 2020.

6 Based on the closing price of Canopy Growth common shares on December 18, 2020.