Stanley Brothers Holdings, parent of a leading manufacturer of CBD products derived from industrial hemp, Charlotte’s Web, has filed a preliminary prospectus for an IPO to be led by underwriter Canaccord Genuity and to be listed on the Canadian Securities Exchange (CSE).  The company hasn’t set the price, but it shared information about its finances that until now haven’t been public. 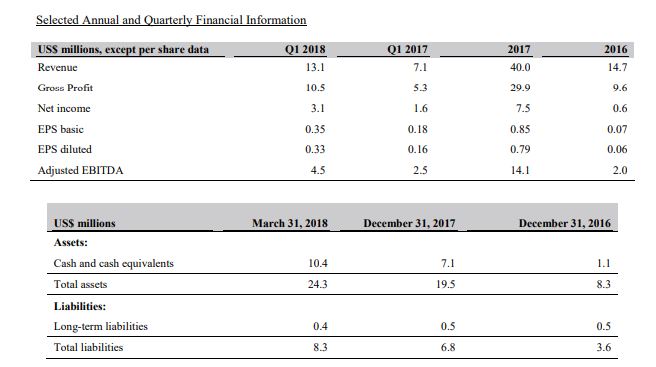 The company, which has not raised capital over the past year, intends to use the proceeds of the IPO to expand production capacity, improve cultivation infrastructure, conduct R&D and for working capital and general corporate purposes.

According to the prospectus, the company, which had 172 full-time employees as of March 31, grows hemp in Northeastern Colorado and sources it through contract farming operations in Kentucky and Oregon. Its liquid products sell for $40-275, depending upon the size, while its capsule products sell for $35-120. It also sells canine products and topical CBD, and the company is exploring new delivery systems and blends.

A previous version of this article incorrectly described the voting structure,  which we have removed.