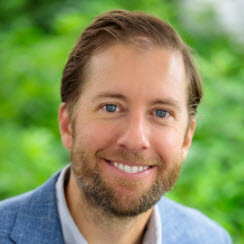 New Cannabis Ventures last spoke with Cresco Labs (CSE: CL) (OTCQX: CRLBF) CEO Charlie Bachtell in early 2018. Since then, Cresco has transitioned from a private company to a publicly traded one, significantly grown its team and executed in the M&A space. Bachtell spoke with New Cannabis Ventures again to share insight into Cresco’s market strategy and approach to funding. The audio of the entire conversation is available at the end of this written summary.

The company’s team has gone through a major growth spurt over the last two years. Entering 2018, Cresco had approximately 200 employees, according to Bachtell. Now, including the team from recently acquired Origin House, that team is 1,700 strong.

Illinois and Pennsylvania are two important markets for Cresco. Illinois launched its adult-use program at the beginning of the year, and Pennsylvania has a strong medical market. Cresco has several of its Sunnyside dispensaries in Illinois, as well as the maximum three cultivation and processing facilities. Bachtell has been pleased with the program roll-out in the state. He is looking forward to developing more capacity to meet demand as the year continues.

In Pennsylvania, the company’s production, wholesale, and retail channels are strong, and there is room for the market to grow with potential adult-use legislation.

Earlier this month, Cresco Labs closed the acquisition of Origin House. Through Origin House’s entity Continuum, the company is now of one of the largest distribution platforms in California. Origin House has other business entities, including a premium cultivation arm, FloraCal.

In addition to strong operational value, the acquisition has brought valuable team members to the table. Marc Lustig, CEO of Origin House, has experience in the Canadian capital markets, and Bachtell views him as a strong addition to the Cresco executive team.

Cresco is also in the process of acquiring Tryke–the company is currently waiting on approval from the state of Nevada. The approval process in Nevada is on the longer side, according to Bachtell. Once closed, the acquisition will also bring Cresco into its twelfth state: Utah.

Over the past three years, Cresco has been focused on creating the most strategic geographic footprint possible. The company has been expanding into states with strong regulatory structures and populations large enough to support a successful market. In 2020, Cresco will be focusing on creating a meaningful position in its current markets, rather than expanding to new markets. The company will consider both organic growth and acquisition opportunities within its current footprint.

Most of the company’s markets have yet to hit the inflection point where they truly begin to scale, which means there is a tremendous amount of operational growth still ahead for Cresco, according to Bachtell. He expects 2020 to be a major growth year for the industry in which U.S. operators will have the chance to really set themselves apart.

The company has always recognized that the cannabis industry will mature into a CPG business. With that in mind, Cresco has built a house of brands strategy to connect with the wide variety of customer segments in the industry.

Cresco has been building out its marketing team to help support that strategy. Greg Butler, a former VP with MillerCoors, joined the company as CMO. The company also added Cory Rothschild, formerly with Gatorade, as Senior Vice President of Brand Marketing and Chris Rivera, formerly with MillerCoors, as Senior Vice President of Retail Marketing and Store Development.

The traditional capital markets of 2019 presented the industry with a major challenge, and many companies had to look for alternative sources of funding. Real estate represented an opportunity as a viable and attractive source of non-dilutive capital for Cresco. The company executed a number of sale/leaseback transactions, extracting capital that was tied up in its real estate. That capital has helped the company to continue building out its operations.

Cresco has another tool in its pocket: a C$55 million at-the-market (ATM) offering. The ATM has a relatively low cost of capital, available when the company needs it, according to Bachtell. It serves as part of a well-rounded approach to ensure the company is sufficiently capitalized, he said.

The day after we conducted this interview, Cresco announced a $100 million credit agreement, which will be used to expand operations in Illinois, among other growth initiatives. Bachtell sees the debt market starting to develop for select U.S. cannabis operators, with more lenders willing to enter the space.

Bachtell has been vocal about the importance of social equity in the cannabis space. Cresco has an incubator for dispensary applicants in Illinois, a part of its Social Equity and Educational Development (SEED) program. He points to Illinois as a strong example of creating a win for all stakeholders at the table. The state was the first to pass adult-use via the legislative process, and it made social equity a priority, according to Bachtell. He sees this as a model for other states to follow in the future.

Traditional metrics (revenue, earnings, EBITDA, etc.) are coming into play in the cannabis industry. Bachtell is cognizant of the importance of profitability but wants to balance that with growth. Currently, the company is not laser-focused on profit, instead opting to establish the foundation it needs for scalable success. As Cresco grows, it will remain focused on thought leadership in the space and continued execution.

New Cannabis Ventures provides an Investor Dashboard for Cresco Labs, which is a client. Listen to the entire interview: