The DEA has given Epidiolex, the CBD-based pharmaceutical derived from cannabis that was approved by the FDA for the treatment of rare forms of epilepsy in June, Schedule V status according to the Office of the Federal Register.

The developer of the pharmaceutical, GW Pharma (NASDAQ: GWPH), had suggested previously that it expected to receive Schedule IV or better, so the outcome was favorable. Schedule V, according to the DEA:

Schedule V drugs, substances, or chemicals are defined as drugs with lower potential for abuse than Schedule IV and consist of preparations containing limited quantities of certain narcotics. Schedule V drugs are generally used for antidiarrheal, antitussive, and analgesic purposes.

GW Pharma stock posted an all-time high last week in advance of the finalization of its approval, as the DEA was required to provide a scheduling within 90 days of FDA approval. 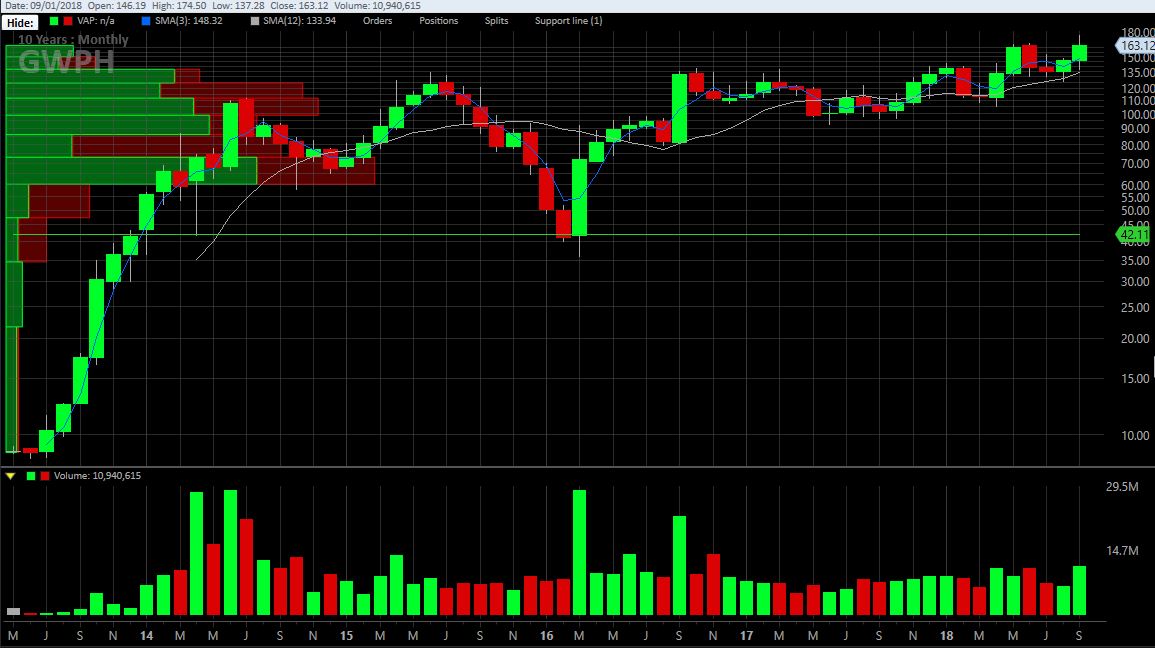 The company, which owns the global rights to Epidiolex, has stated that it will begin sales immediately upon scheduling.