Part 4 of Cannabiz Media’s 6-part series about marijuana licenses in California analyzes the state’s retail and dispensing licenses. If you missed the previous parts of the series, you can follow the links to read them now: Part 1: California Overview, Part 2: California Cultivation, and Part 3: Manufacturing.

The Bureau of Cannabis Control is responsible for licensing retailers/dispensaries, distributors, testing laboratories, microbusinesses, and temporary cannabis events in California. The term “dispensary” isn’t used in California to identify medical marijuana dispensaries as other states do. Instead, California differentiates between the adult-use and medical markets by granting “adult retailer” and “medicinal retailer” licenses.

Retailer licenses in California are further categorized by the operations the licensed business is involved in: 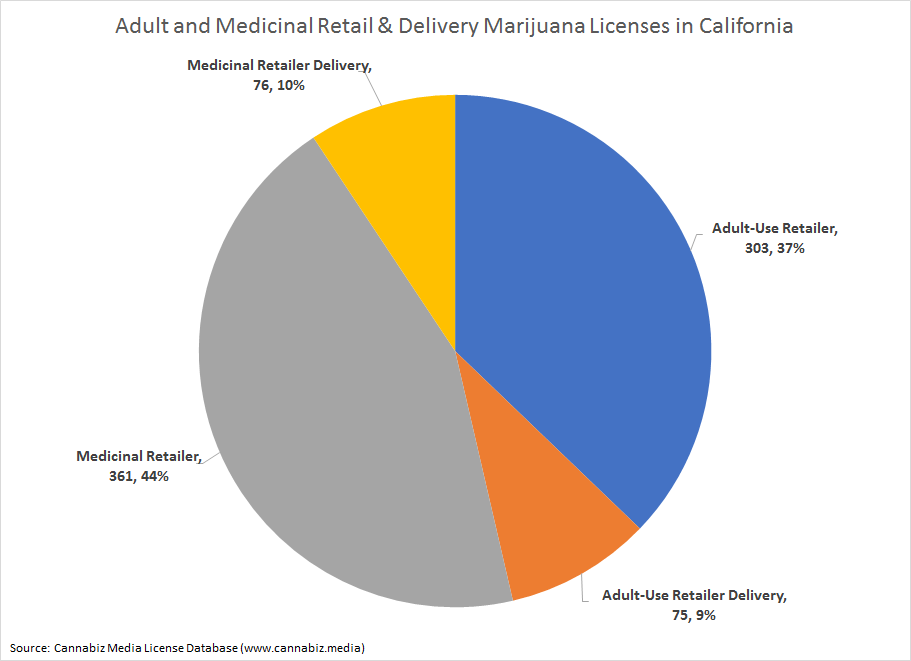 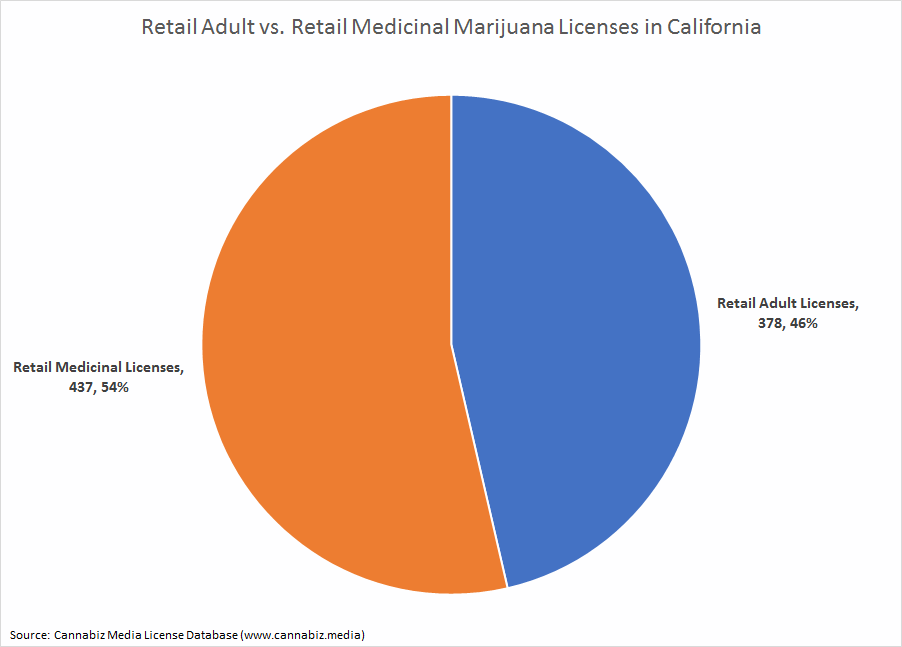 Keep in mind, California’s recreational marijuana market is just three months old, so all of these licenses are temporary at this point in time.

Where are California’s Marijuana Retailer Licenses?

Who Has the Retailer Licenses in California?

It’s likely there is little concentration in license holders simply because the challenges of complying with regulations in 530+ jurisdictions across the state doesn’t make strategic sense in California’s current marijuana market.

Looking at the large number of retail license holders that have one license each, it’s possible that many of these license holders are legacy dispensaries that want to keep doing what they’ve been doing for years as the state’s market evolves around them.

Part 5 of the Marijuana Licenses in California series will compare California’s marijuana licenses to other states.