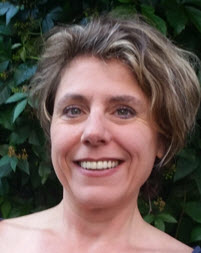 Recreational reform, however, is not on the table. Yet. That discussion, certainly at a regional level, will come second, especially as Luxembourg has already announced that it will be putting full legalization on its legislative agenda over the next five years. Other countries in the bloc have also indicated that they would be open to further reform in the near future.

That said, for all the wishful thinking and country-by-country proposals that keep floating into the news, no state here is willing to step ahead, formally, of the decisions of the EU Parliament.

That said, most of these projections have not anticipated the pace of continental reform, much less the difficulty patients and doctors are still face in prescribing the drug and getting insurers to approve its use. At present, cannabis is still an “edge-case” if not “off-label” medication that requires not just “insurance” preapprovals, but the approval of regional health authorities (in every country across Europe and the UK).

In Germany, these regional approvers (called the Medizinischer Dienst der Krankensicherungs or MDKs) are taking much longer than the widely repeated time period of five weeks to approve individual prescriptions. This has also added to very warped reporting from the insurance companies about actual sales. For example, it was widely reported in the cannabis press that sales had increased dramatically from just over 4 million euros to 9 million euros between the first and second quarters last year even as they also leveled off in the third to about the same amount. This dramatic quarter-over-quarter jump in sales was actually due to the delays faced by patients and doctors, not a massive change in how cannabis was prescribed and approved, or a sudden doubling of prescription issuance.

That is precisely why the news of the European Parliament and European Commission now moving into the discussion is such a welcome development for patients, doctors, and the burgeoning industry across the continent.

Many of these issues, plus the outlook for businesses entering the European cannabis space (domestically and from abroad) will be discussed by leading experts in the cannabis industry who are planning to gather at one of three of the International Cannabis Business Conference events across Europe this year. Originally kicked off in Berlin in 2017, the ICBC is holding business conferences in Barcelona, Spain, on March 14th, in Berlin, Germany from March 31st to April 2nd, and Zurich, Switzerland, on May 16th. For tickets or more info, visit: www.internationalcbc.com.

Marguerite Arnold is a veteran “cannabis foreign correspondent” and IT geek who has reported on the industry for five years from Europe while developing a regulated blockchain platform called MedPayRx for the approval of prescriptions and insurance claims in the EU – including medical cannabis.