Alan Brochstein, CFA, presented “3 Years Later, Only a Few Cannabis Stocks Appear Capable to Deliver” at the MoneyShow’s Cannabis Investing Virtual Event on March 29th. For those not immersed yet in investing in publicly-traded cannabis stocks, this serves as an introduction and is focused on the many risks the sector faces. 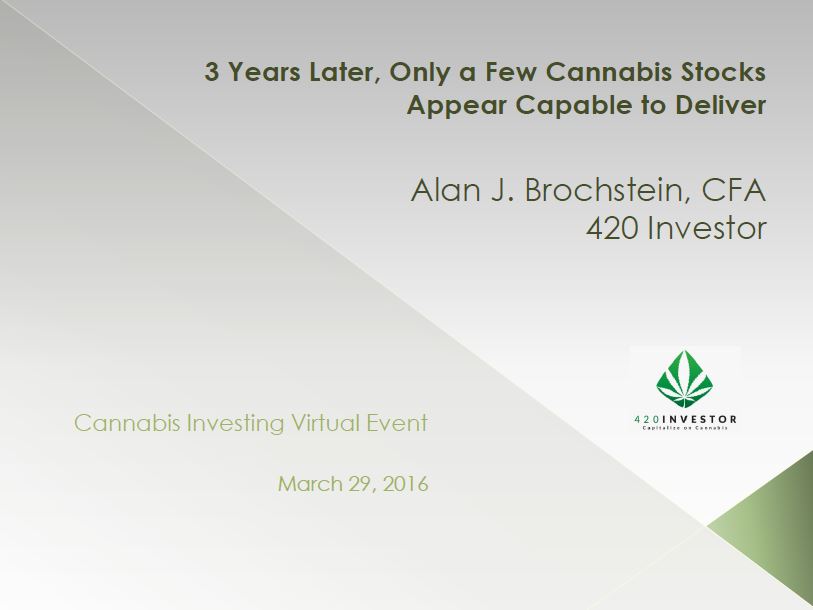 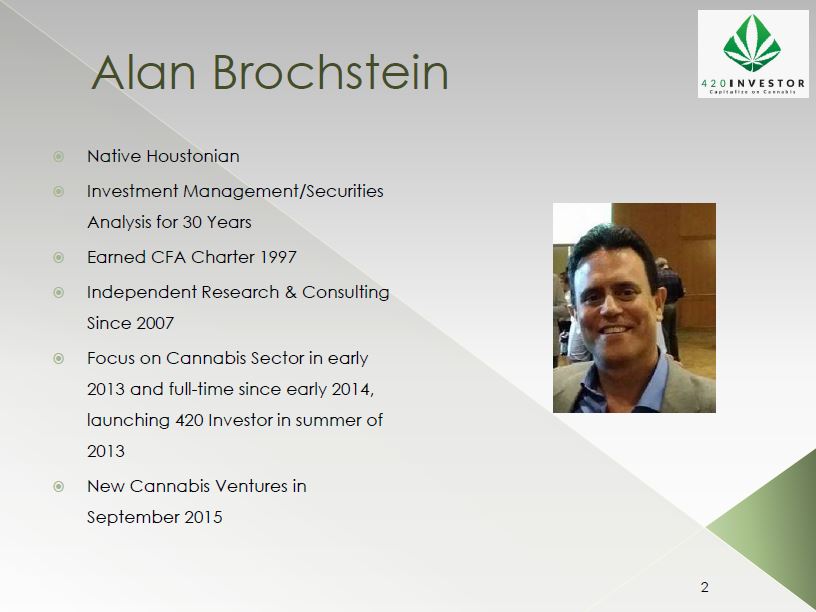 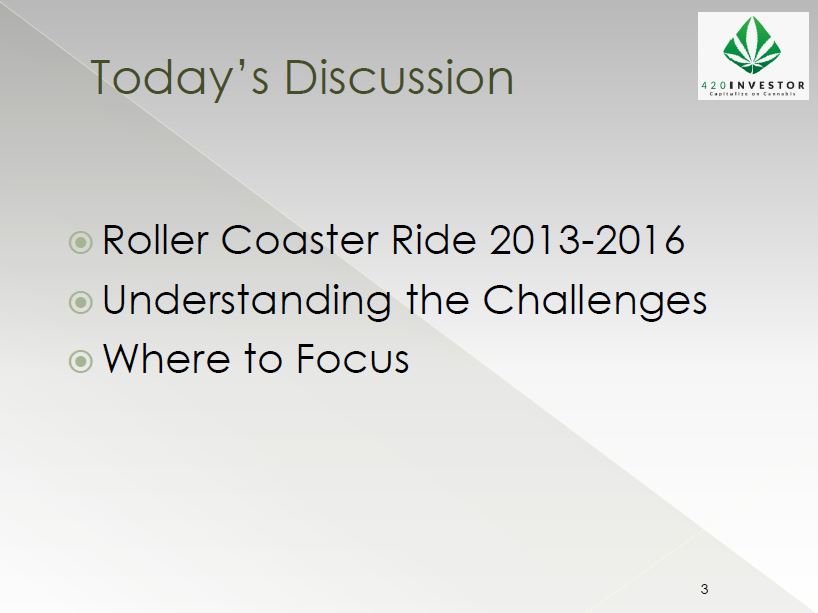 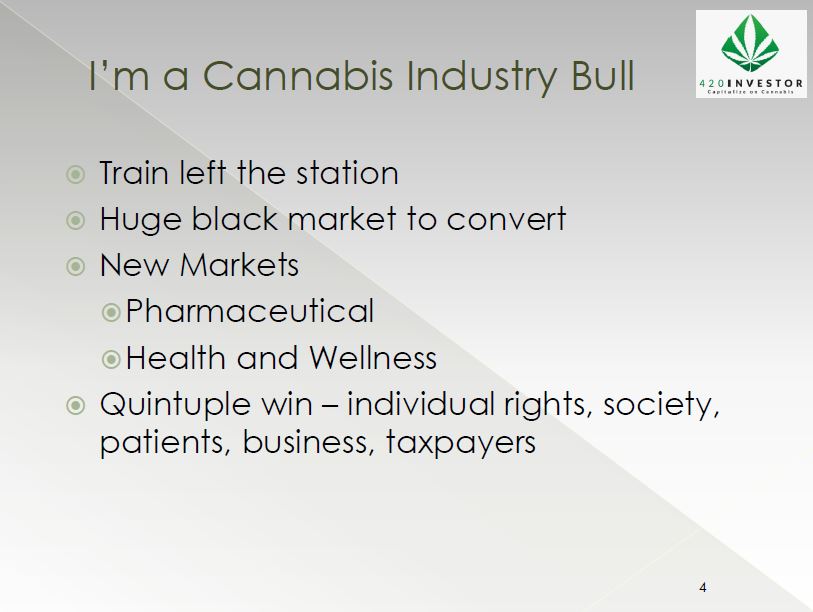 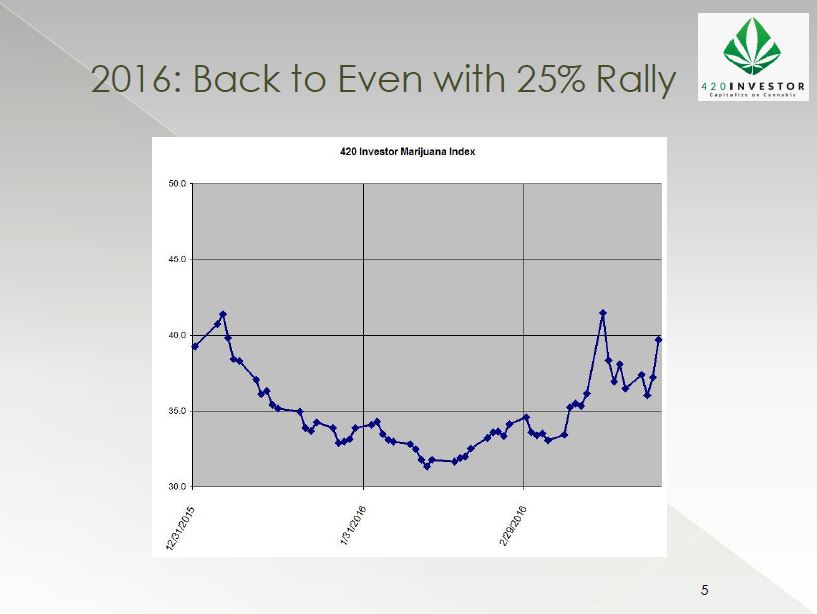 As of the date of the slides, the 420 Investor Marijuana Index had recovered its losses through early February, rallying about 25% to move slightly ahead of the index level at the end of 2015 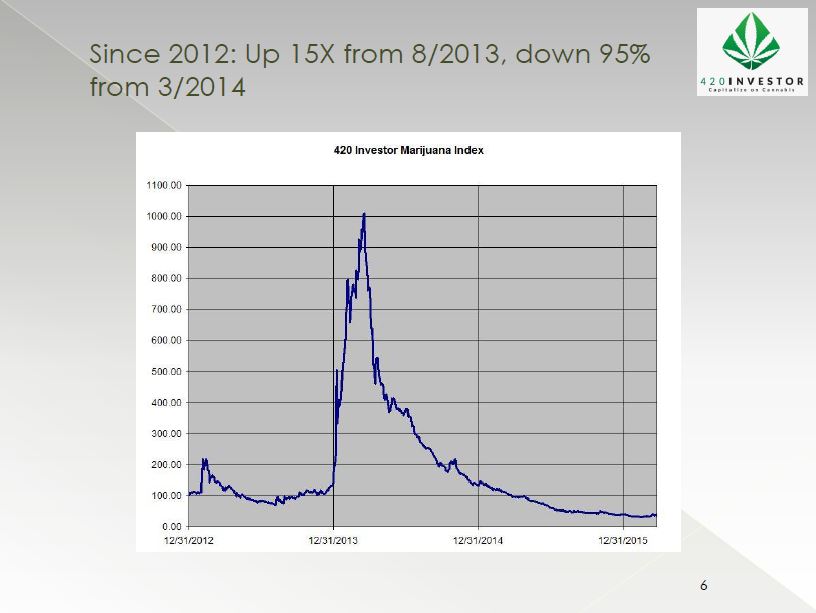 The index, which began at the end of 2012 (when there were just a few stocks in the sector), doubled in early 2013 before declining into that summer.  With global media attention on the Colorado legalization implementation, the stocks experienced an unsustainable bubble and declined for 23 months. 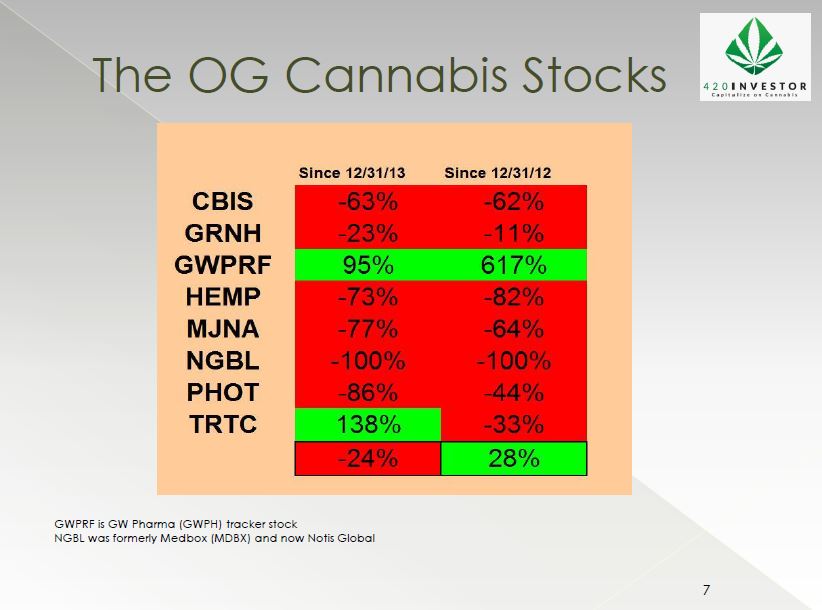 The eight stocks listed were all trading back in 2012 and experienced dramatically different performance. 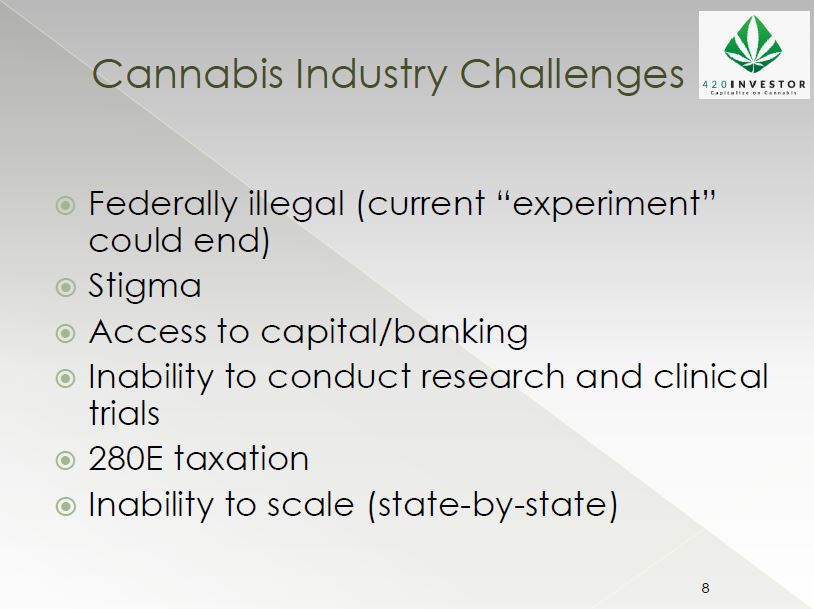 The industry itself faces many different challenges. 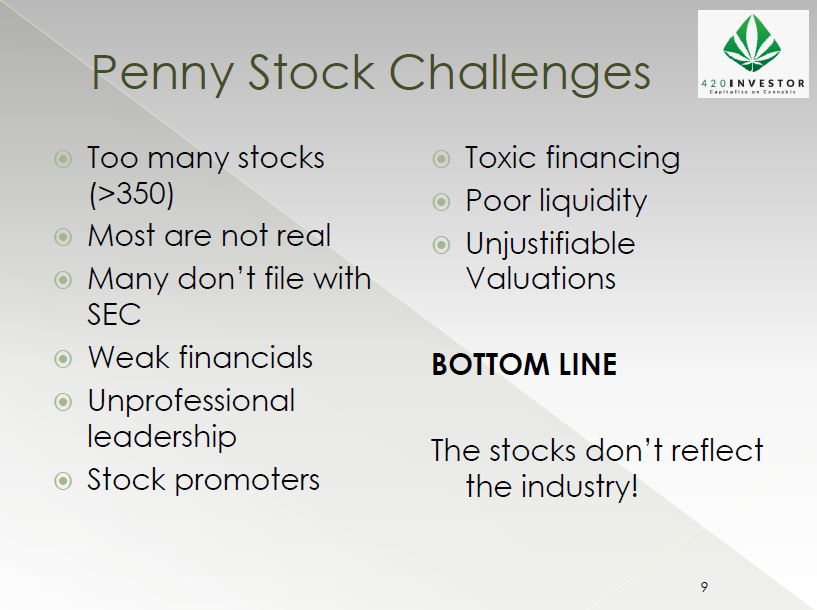 Cannabis stocks face many additional challenges beyond those impacting the underlying industry. It’s important for investors to understand that these stocks generally aren’t reflective of the cannabis industry. 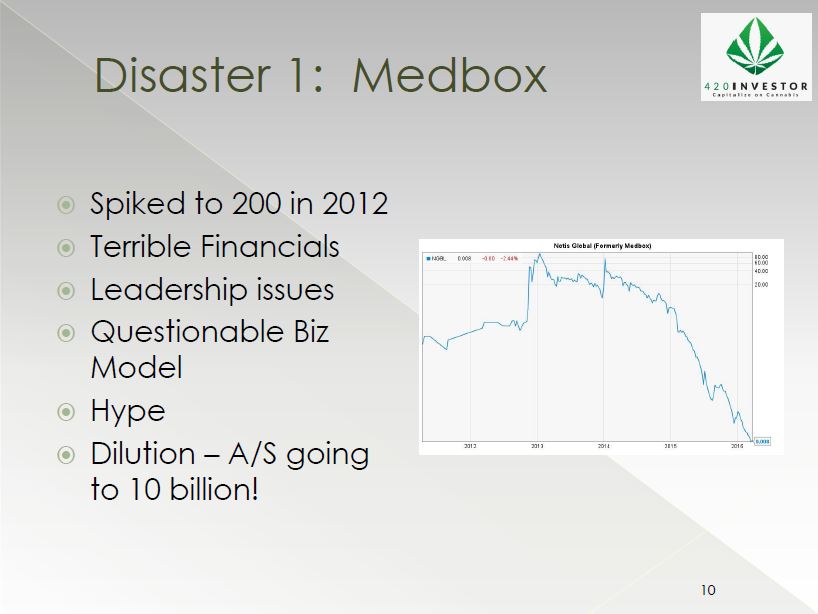 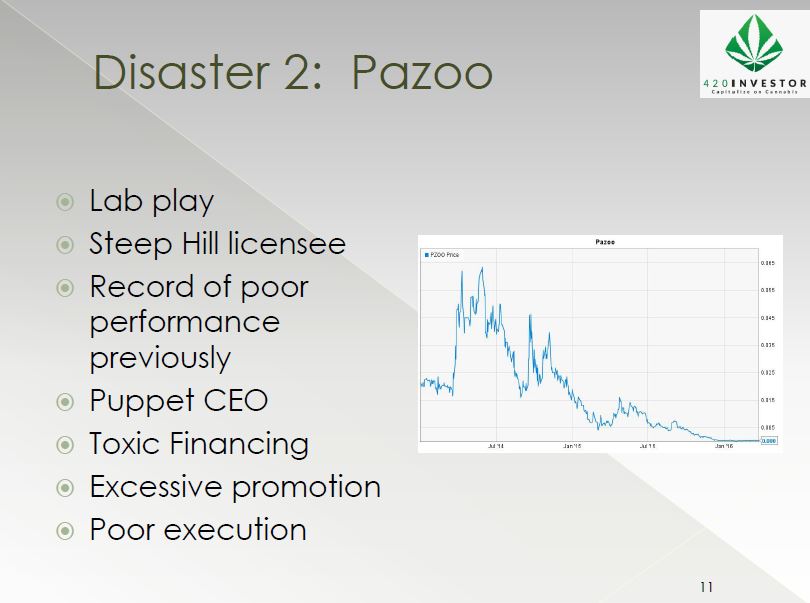 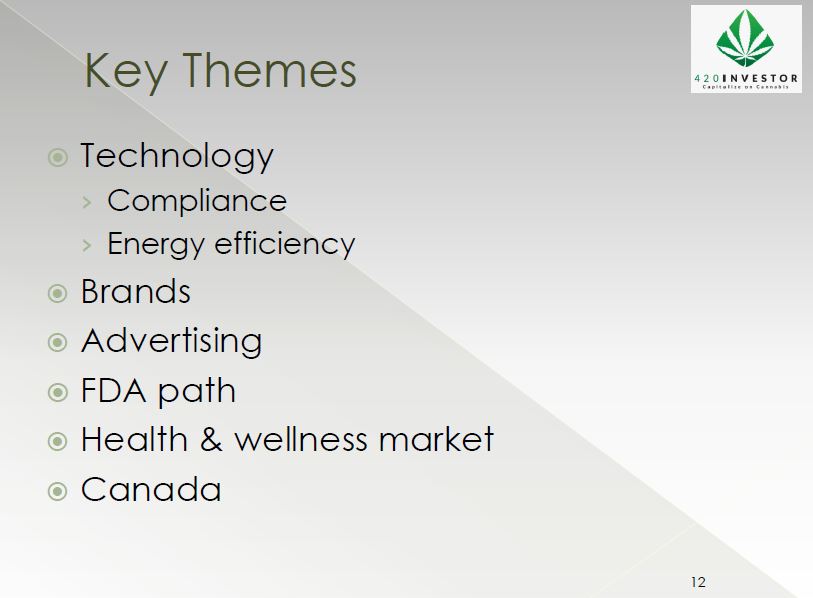 These are a few long-term investment themes, not all of which have publicly-traded stocks available that would allow investors to capitalize. 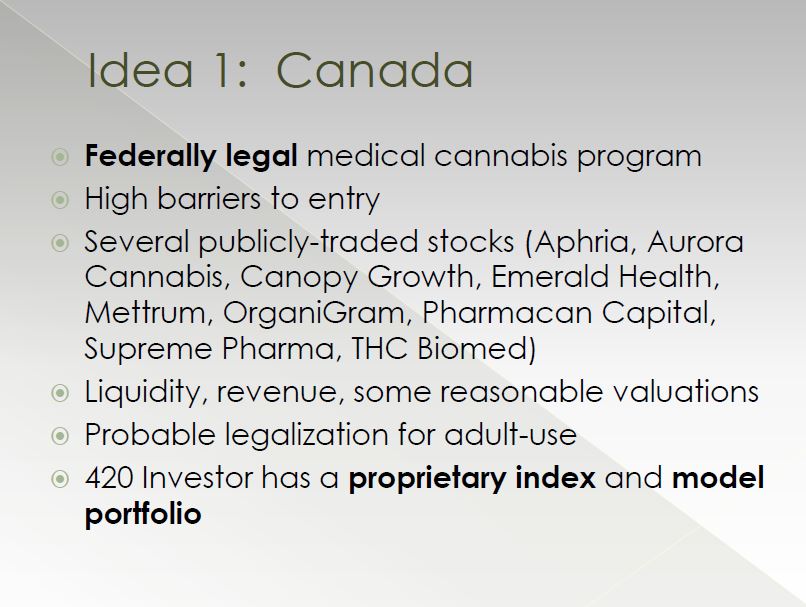 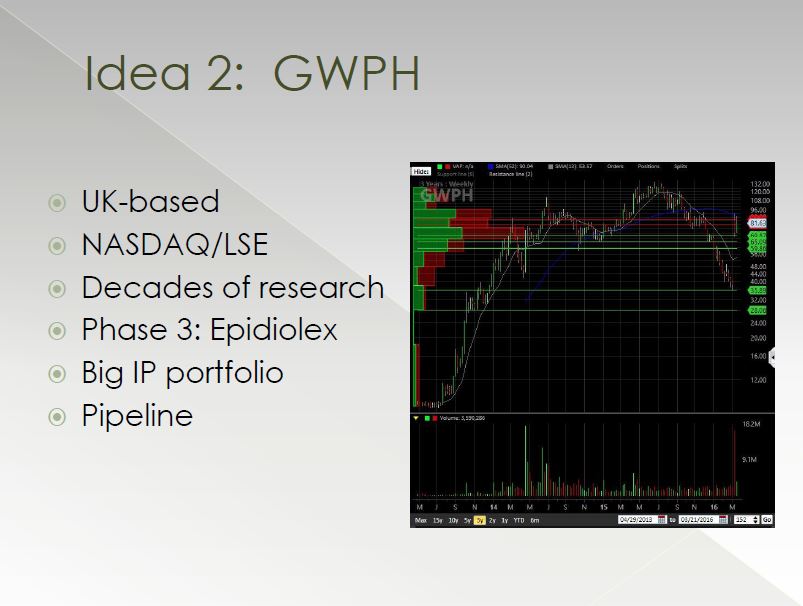 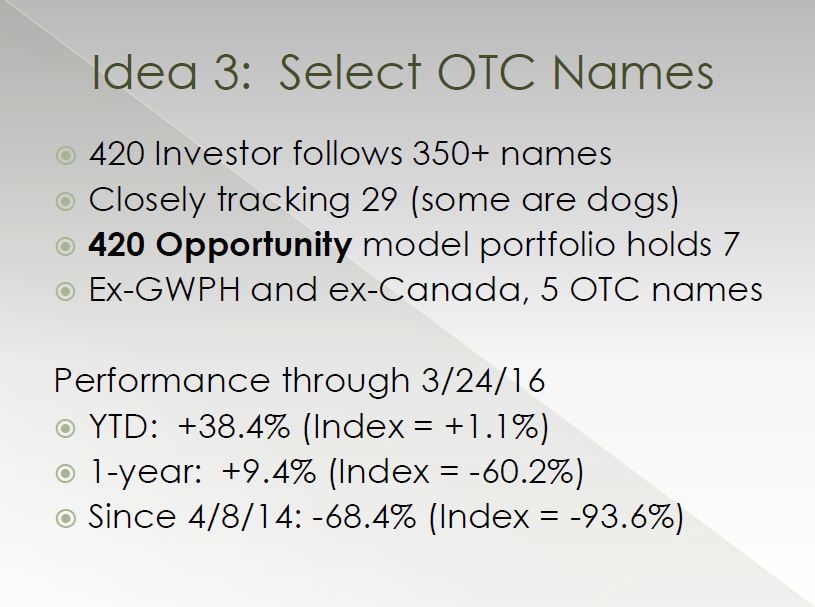 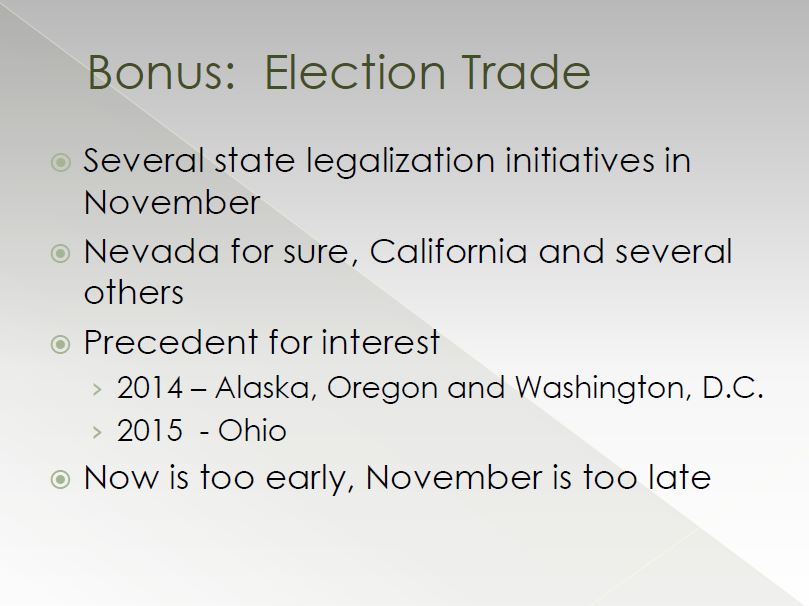 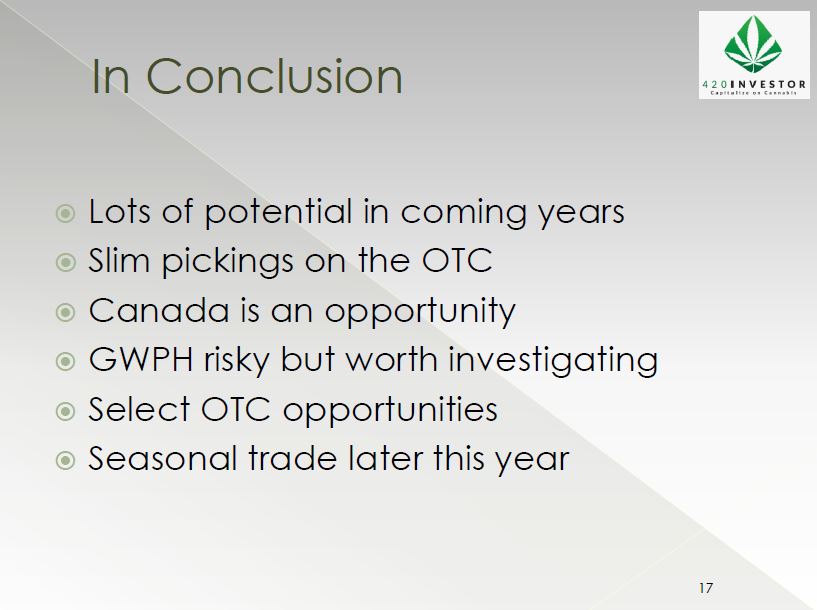 Investing in the cannabis industry through publicly-traded stocks remains risky, but this is a good time to learn about the industry, which has a bright outlook, to try to identify the few companies that may merit attention now and to understand the landscape and how it must change before the potential investment returns will outweigh the risks. 420 Investor is the go-to community for investors to learn, explore, and profit from the marijuana companies. The main goal of 420 Investor is to provide real-time, objective information about the top marijuana companies in the market in order to help investors capitalize on cannabis.