In mid-February, some of the largest Canadian LPs by market capitalization and/or revenue will report financials for the December quarter, including Aurora Cannabis, Canopy Growth, Cronos Group and Supreme Cannabis. We think this will be a critical quarter in some regards, as it will be important to show signs of better cost controls and at least stabilization of revenue after recent sequential declines. We expect the reports for the March quarter will look better than the December quarter from a revenue perspective, as the contribution from the new product formats that began shipping in December is likely to be immaterial but more substantial as this current quarter plays out.

The Canopy Growth call could set the tone for the overall market given its leadership position in revenue and market cap. This will be new CEO David Klein’s first time to address shareholders and analysts, and he could use the platform to announce major operational changes or to set expectations for the company’s next fiscal year, which begins on April 1st. Similarly, Aurora Cannabis was very quiet in January, releasing not a single press release. The company is likely to address recent management changes as well as its balance sheet liquidity.

Trying to predict the market reaction is challenging. Aphria, for example, reported its fiscal Q2 numbers (November quarter) in January and rallied despite missing projections and lowering its outlook. At the same time, Organigram beat expectations and rallied dramatically. From our perspective, investors are very cautious and are reacting favorably to even slightly disappointing news, as they have become accustomed to large disappointments over the recent quarters. When we look at the price action of the New Cannabis Ventures Canadian Cannabis LP Tier 1 Index, which includes the four companies reporting in February that have announced reporting dates and a total of the 9 companies generating in excess of C$10 million revenue per quarter, we see what looks like a bottoming market that seems to reflect that the worst is now behind us after a 71% decline from March to November’s low:

While we think the near-term reports could be mixed, we expect the tone to improve substantially when the MSOs begin to report in March and April. For companies with fiscal years ending in December, filings aren’t due until the end of March for TSX-listed companies or those who are regulated primarily by the SEC, which applies mainly to Canadian LPs. For companies with a primary listing on the TSX Venture or the CSE, which includes the MSOs, the filings aren’t due until the end of April, which makes for an elongated earnings season that will start up again just days after the end of the December reports, as March quarterly reports are due in May. As always, follow along the NCV Cannabis Earnings Conference Call Calendar to stay on top of when companies are hosting calls.

Independent adult-use cannabis retailer Fire & Flower advanced revenue 24% during its fiscal Q3 compared to the prior quarter, with revenue exceeding expectations. The company has demonstrated discipline in achieving targets given to investors by exceeding their goal of 45 retail stores (now 46) opened by February, 2020. Through a recent landmark strategic investment for the company with Canadian multinational operator Alimentation Couche-Tard Inc., Fire & Flower has set its sights on responsibly scaling retail stores as new cannabis markets emerge. 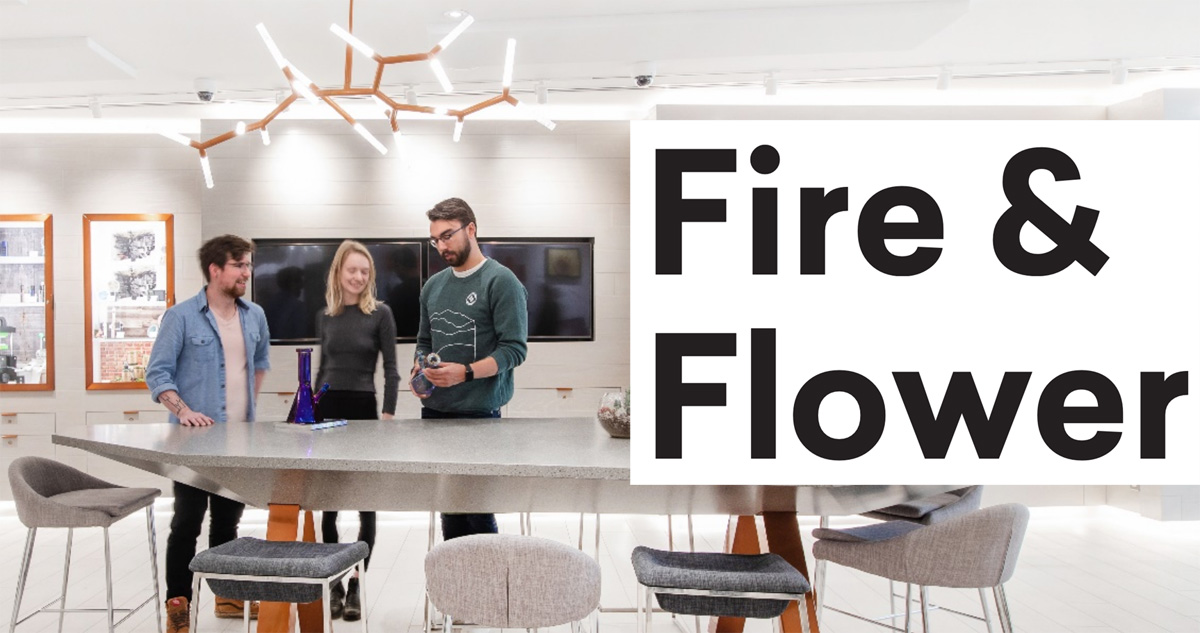 Get up to speed by visiting the Fire & Flower Holdings Investor Dashboard that we maintain on their behalf as a client of New Cannabis Ventures. Click the blue Follow Company button in order to stay up to date with their progress.