In October, Gibraltar Industries (NASDAQ: ROCK) purchased CO2 extraction company Apeks Supercritical, paying $12.55 million for the Ohio-based company that reported trailing annual revenue through June 2019 of $17.7 million. This move extended the company’s involvement in the cannabis industry, where it has also worked on green house facilities.

On February 14th, the company revealed an even larger acquisition of California-based Delta Separations, paying $50 million cash for the privately-held manufacturer of ethanol-based extraction systems. Gibraltar disclsoed that the acquired company generated 2019 revenue of $46 million. 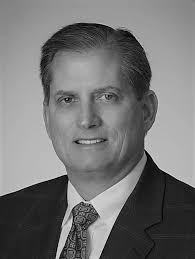 Delta has a strong management team, is a true leader in this market with an incredible passion for its business, and our future together. We will continue to build our presence and relevance with our customers accordingly.

In addition to Delta, Gibraltar acquired Teaching Tech, which is a separate company that provides training to Delta customers. According to the company’s website, Delta was founded in 2015 and has been headed by CEO Roger Cockroft and Founder/CTO Ben Stephens. Gibraltar plans to retain substantially all employees and to change the name of Teaching Tech, according to the asset purchase agreement.

According to the company’s website, it sells agitation, chilling, extraction, evaporation and distillation equipment as well as modular processing labs.