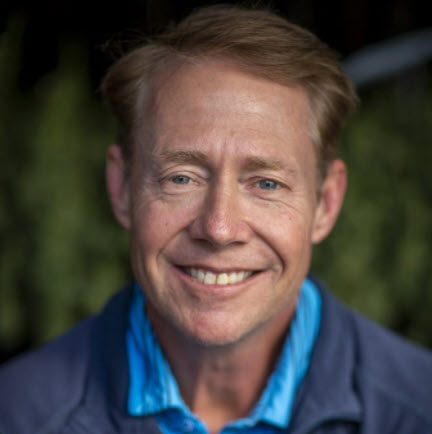 Glass House Brands (NEO: GLAS.A.U) (OTCQX: GLASF) is pursuing the ambitious goal of rolling out the largest cultivation footprint in cannabis. The California-centric company may be a single-state operator, but it has an enterprise value of more than half a billion dollars, according to Co-Founder, Chairman and CEO Kyle Kazan.  He last spoke with New Cannabis Ventures in August 2021. He has reconnected to talk about the company’s acquisitions and competitive position in the cannabis industry. The audio of the entire conversation is available at the end of this written summary.

Changes to the C-Suite

Derrek Higgins served as the CFO of Glass House, helping to bring together a group of private equity funds and form the company. He previously helped to take Harborside public. He stepped away from his role with Glass House, and Mark Vendetti joined the company as CFO in the fall of 2021. He has extensive experience working with public companies, according to Kazan.

Glass House also brought in Erik Thoreson as Chief of Business Development to its C-Suite to help the company with its continued expansion.

At the end of 2021, Glass House announced plans to acquire edibles company Plus Products. The company was in the market to expand into segments beyond flower, and PLUS was in the market to sell. The companies offer value to one another, according to Kazan. Glass House was considering launching its own gummy brand, but it now has the opportunity to compete with an established brand. Kazan anticipates that the deal will close within the next 30 days.

Kazan pointed to the acquisition of Wana Brands for approximately $300 million. While Wana is larger than PLUS, he is pleased with the price of the PLUS deal. Glass House is acquiring PLUS for $25.6 million in an all-stock transaction.

Glass House’s pending acquisition of Element 7 is currently in litigation. The deal would bring retail licenses to the company. While the company is working through this process, retail expansion remains important, but the company doesn’t currently have any plans to announce, according to Kazan.

In the fall of 2021, Glass House completed the acquisition of a 5.5 million-square-foot greenhouse facility. The company is currently constructing 1.7 million square feet of the facility and working with the state on licensing. The goal is to be fully licensed by the end of February and harvesting by July, according to Kazan.

Bringing this cultivation online will 3x the company’s current grow. The company will monitor the market to determine how it moves forward. Glass House has a partner growing tomatoes in three million square feet, and it has the option to convert that space for cannabis growth if and when the need arises.

Glass House has one of the top flower brands in California; it fluctuates between the top one, two and three positions. At the end of the third quarter, the company’s flower brand was in the top position, according to Kazan.

Glass House, along with many other cannabis companies in California, took a hit on revenue and margins due to commoditization in the wholesale market. The company is pushing for more CPG, and PLUS will give it an outlet for its trim.

The company’s California focus continues to be a strategic advantage, according to Kazan. While large MSOs are major players in the industry, eventual federal legalization and interstate commerce will be a challenge for companies with vertically integrated operations in multiple states. As a single-state operator, Glass House will be poised to take advantage of interstate commerce without overhauling its operations.

In December 2021, Glass House announced a $100 million debt facility, which will help it to build out its cultivation footprint. The company drew down $50 million to fund the first phase of its buildout. A significant focus of the investment will be on features to drive down cost of goods sold (COGS). For example, the company has ebb and flood floors, which facilitate fewer touchers per person per plant, translating into savings.

Glass House still has a number of friends and family investors. Mercer Park is also a significant investor. Over time, Kazan expects to see more institutional and retail investors entering the cannabis space.

The Glass House team wants to tell the company’s story. Professional athletes, celebrities and influencers frequent its California operations. The company is building its name as a California cannabis brand. Kazan compares California and cannabis to the way consumers associate tequila with Mexico and wine with Napa or France. When legalization moves forward, this California focus will remain important for the company.

Glass House retracted its 2022 guidance when it announced its Q3 results. The company’s earlier projections were aggressive, and it made sense to change those expectations, according to Kazan. The company’s growth in 2022 will be driven by factors by the 1.7 million square feet of greenhouse coming online, PLUS gummies and new store openings. The company expects to open two to four stores. There is also the potential for more acquisitions. The company is aiming to take its COGS down to $128 per pound, a major goal for Glass House this year.

While the company is focused on being good stewards of capital for its investors, it also prioritizes social justice and environmentalism. Glass House has donated money to Mission Green, and Kazan sits on the board of directors of The Weldon Project. The company is also investing in generating clean energy at its new site. Glass House wants to drive shareholder value and do the right thing, according to Kazan.