The Global Cannabis Stock Index shook off a mid-month meltdown for the second straight month but still fell for the third consecutive month, declining 2.7% to 59.57: 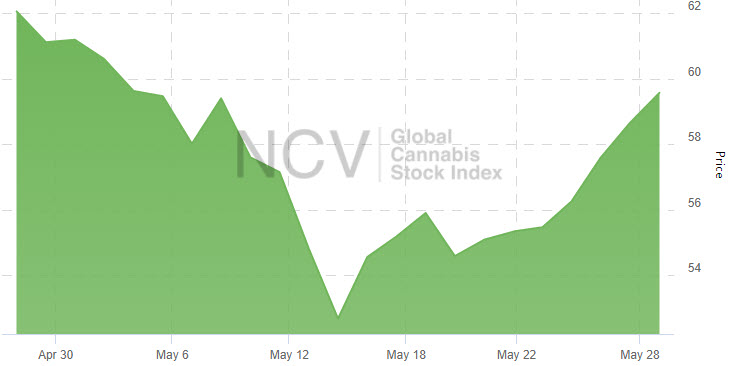 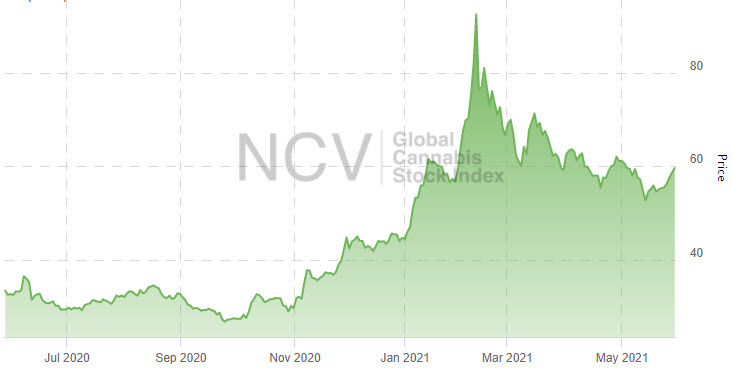 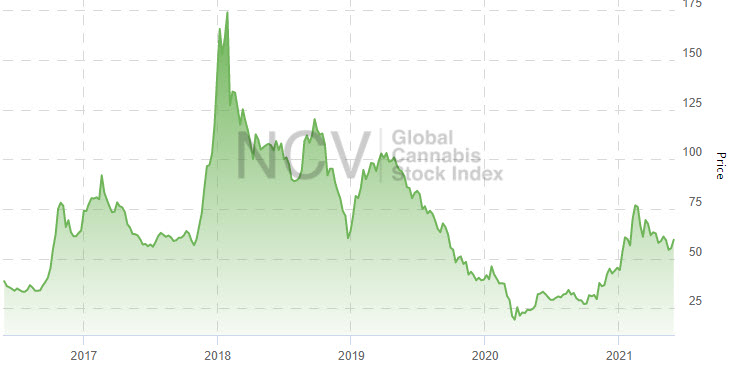 The strongest 4 names in May all gained at least 20%:

Following the pending acquisition by Trulieve, Harvest has gained 92% in 2020. urban-gro has increased 26%. Clever Leaves is up 37%. Organigram has rallied 141%.

The 4 weakest names in May all declined by more than 20%:

Despite the large decline this past month, Taat Global Alternatives has gained 11% in 2021 thus far. RIV Capital is up 61%. cbdMD has increased 3%. Evogene has dropped 26%.