After a 57.4% gain in Q1 followed by a pullback that had left it down 1% year-to-date as of the end of August, the Global Cannabis Stock Index moved sharply lower again in September, declining 16.0% to 53.25:

The index, which had 52 qualifying members during the month following the quarterly rebalancing at the end of June, declined 54.9% in 2018 and has now lost 16.8% as of the end of September: 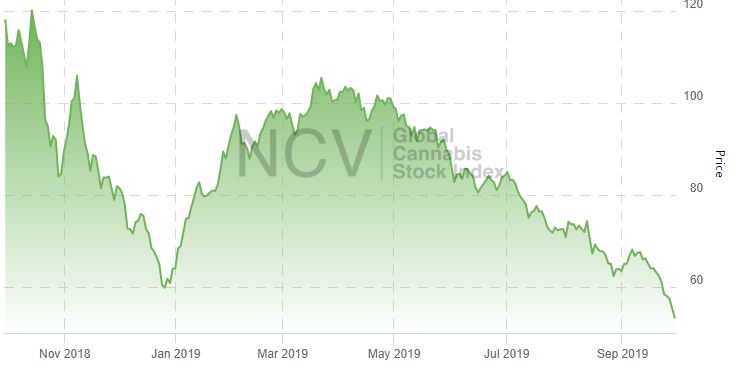 The decline left the index at levels not seen in over two years and down more than 70% from its early 2018 high:

4 names gained more than 5% during September:

4 names fell by more than 45% during September, with several having substantial exposure to the vape industry: