Cannabis stocks, as measured by the Global Cannabis Stock Index, bounced back sharply from Q4 losses of 44.2%, rallying 44.2% in January to 92.33: 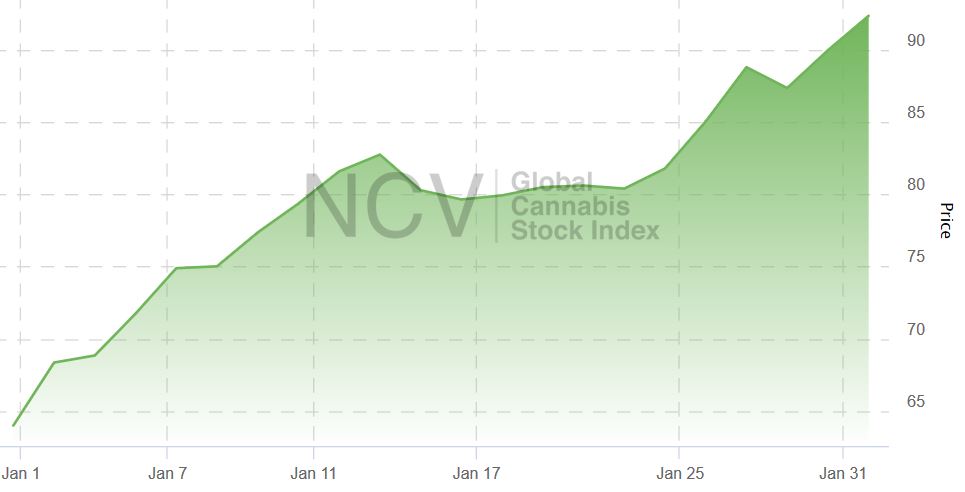 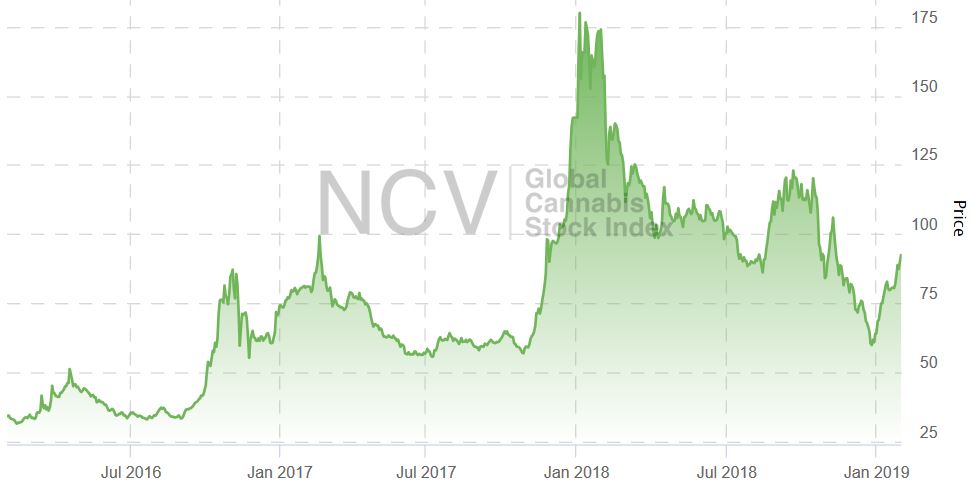 Leading the way, all with returns in excess of 80%, were:

Khiron announced an acquisition that will allow the country to enter the market in Uruguay, driving the stock to an all-time high. Canopy Growth entered the U.S. industrial hemp market, obtaining a license in the state of New York. Emblem agreed to merge with Canadian LP Aleafia (TSXV: ALEF) (OTC: ALEAF).

Only three names failed to achieve double-digit returns in January:

The only substantive news for the laggards was the equity offering by KushCo Holdings as well as its FY19-Q1 earnings. Following the financial report, the stock rally to the highest levels in almost a year before it was depressed by the equity offering.

Note that due to its pending asset sale to iAnthus Capital (CSE: IAN) (OTC: ITHUF), MPX Bioceutical (CSE: MPX) (OTC: MPXEF) was removed from the index at the close on January 31st, leaving 42 names for the balance of the quarter.