Since joining the Company mid-year, the new senior leadership team at Golden Leaf has been executing on its strategy to build an efficient, sustainable business and to build value for its shareholders. Although it has been just a few months, we have made rapid progress, laying the foundation for several exciting accomplishments which the Company announced subsequent to quarter-end. 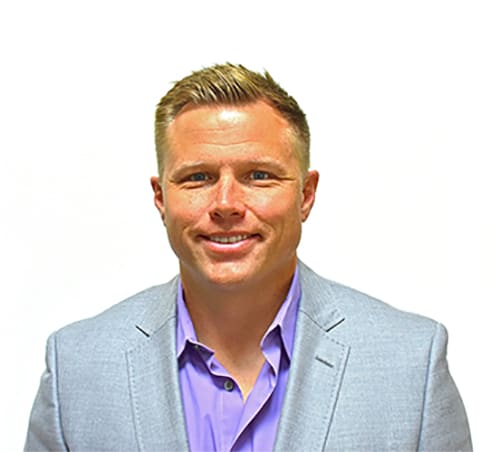 “Our vision is to drive top – line growth by developing our retail brand across our target markets, starting with Portland, Oregon. To this end, we are constructing three new Chalice Farm retail dispensaries. Construction efforts have progressed faster than expected and we anticipate one new location to be operational before the end of 2017, with a second expected to be up and running in Q1 2018. We are also expanding our product lines, maintaining a focus on innovation, as evidenced by Chalice Farms’ recent launch of a new line of seasonal cannabis edibles, including the Pumpkin Spice Truffle, which was named Runner-Up for Best Sweet Edible at the Third Annual Oregon DOPE Cup. Our existing brands also gained traction, with our “Private Stash” in Mango Super Silver Haze by Golden named Best Distillate at DOPE Cup. We strive to continually enhance Golden Leaf’s high quality product portfolio as a core part of our future growth initiatives.

“To expand beyond our home market of Oregon, we secured key city licenses that have enabled us to commence selling our proprietary brands wholesale to the adult use market in Nevada. Although at a very early commercial stage, we generated revenues of approximately $100,000 USD in the third quarter of 2017 from Nevada, and are pleased with this early stage traction. Nevada is one of the leading markets for the cannabis industry, due to its more than 40 million yearly visitors and its sizable domestic market, and we are excited about this opportunity. We also expanded into Canada, by completing the acquisition of MMGC in early November. Following the acquisition, MMGC was granted a cultivation license from Health Canada for its Ontario grow facility, which is expected to allow us to generate sales to the Canada market starting in 2018.

“Finally, our strategy to reduce costs has led to material changes to Golden Leaf’s corporate overhead. We significantly reduced our monthly payroll and G&A overhead in the third quarter of 2017 and have identified areas for further overhead reduction in the near-term. By transitioning into a more lean and efficient business, we believe we will be better positioned to focus on our initiatives to support stable and sustainable growth. Subsequent to quarter-end, we completed a financing that yielded proceeds of approximately $10.8 million USD, which enabled us to retire accounts payable, and to deploy working capital to rebuild inventory that we expect will drive top-line revenue growth. Looking ahead, we believe we now have a solid financial platform to drive growth in the business and leverage the significant growth opportunity ahead of us.”

For the third quarter ended September 30, 2017 (“Q3 2017”), net revenue was $3.1 million USD as compared to $2.4 million USD for the same three-month period in 2016 (“Q3 2016”). Q3 2016 included $240,000 USD in non-recurring royalty revenue. The 29% year-over-year increase largely reflects the contribution from product sales as a result of the acquisition of Chalice Farms in July 2017, more than offsetting supply constraints of key products across the portfolio.

Gross profit was $731,000 USD, or 23.7% of net revenue, for Q3 2017, compared with 21.3% of net revenue in Q3 2016, and 19.2% of net revenue in the second quarter of 2017. Year-over year, gross margin benefitted from better utilization of production staff and consistent margins across product categories. Improvement in gross margin on a sequential basis was attributable to the higher margin associated with retail products sold at acquired dispensaries.

Operating expenses for Q3 2017 were $4.7 million USD compared with $2.3 million USD in Q3 2016. The increase was largely attributable to higher wages, consulting costs, legal costs, rents and share-based compensation. The Company identified opportunities to streamline the business and reduce its corporate overhead, which is expected to positively impact future payroll expense.

Adjusted EBITDA loss was $3.1 million USD for Q3 2017, as compared an Adjusted EBITDA loss of $1.7 million USD during Q3 2016. This was primarily driven by increases in legal costs, salaries, wages, and rents, which offset higher margins that resulted from sales of inventory produced in prior periods, and an enhanced product mix.

As of September 30, 2017, the Company had approximately $634,000 USD in cash, compared with $3.9 million USD at December 31, 2016. Subsequent to the end of Q3 2017, Golden Leaf received approximately $10.8 million USD in net proceeds from a private placement transaction. The Company is using these proceeds for the payment of outstanding accounts payable, inventory purchasing and general corporate purposes.

Mr. Simpson will be answering shareholder questions at the end of the call. Should you have questions during or prior to the conference call please send an email to GLH@kcsa.com with Golden Leaf Question in the subject line. Mr. Simpson will answer as many questions as time will allow.

A live audio webcast will be available online on the Company’s website at www.goldenleafholdings.com, where it will be archived for one year.

To be added to the Golden Leaf email distribution list, please email GLH@kcsa.com with “Golden Leaf” in the subject line.

Golden Leaf Holdings Ltd., a Canadian company with operations in Portland, Oregon, is one of the largest cannabis oil and solution providers in North America, and a leading cannabis products company built around recognized brands. Golden Leaf Holdings cultivates, extracts and manufactures and distributes its products through its branded Chalice Farm retail dispensaries, as well as through third party dispensaries. Golden Leaf leverages a strong management team with cannabis and food industry experience to complement its expertise in extracting, refining and selling cannabis oil. Visit http://goldenleafholdings.com/ to learn more.