COLUMBUS, Ohio, Dec. 31, 2018 (GLOBE NEWSWIRE) — Green Growth Brands Inc. (“Green Growth”) (CSE: GGB) reaffirms its commitment to launch an offer (the “Offer”) to purchase all of the issued and outstanding common shares of Aphria Inc. (“Aphria”) (TSX: APHA and NYSE: APHA) which it does not already own and welcomes early expressions of interest from Aphria shareholders who are frustrated with Aphria’s performance and absence of compelling future plans for the company.

Since we announced our intention to launch the takeover of Aphria we have seen two things. First, Aphria shareholders are welcoming a 45%+ premium offer because they understand the significant value that can be unleashed by our combined teams, assets and geographies. Second, a real interest in the market to understand Green Growth and our valuation. 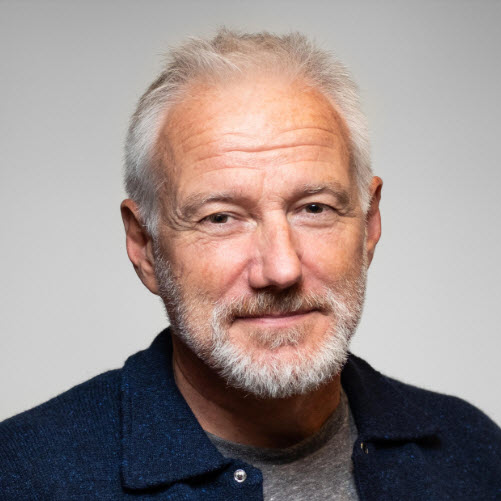 When investors consider our trailing revenue, recent license wins in Nevada, and a buildout in the new market of Massachusetts they agree that it is not a question of if Green Growth reaches C$7.00 per share, but when. We understand that there are some in the market who want to focus on destroying value at Aphria, but we are committed to creating it.

Why Green Growth and Aphria are the Right Match

By acquiring Aphria, Green Growth represents a way for shareholders of Aphria to participate in the much larger U.S. market, with significantly greater long-term sales potential. The combination of the two companies will create an unparalleled North American player with operations on both sides of the border, combining Aphria’s Canadian supply and wholesale agreements with Green Growth’s vertically integrated operations including cultivation, manufacturing and retail. The combination also marries the talent of Aphria’s veterans in the greenhouse industry and pharmaceutical operations with Green Growth’s team of retail experts from well-known retailers including Designer Shoe Warehouse Inc. and L Brands Inc. (Victoria’s Secret). Together the combined company will be the largest U.S. operator by market capitalization and the only North American cannabis operator.

Green Growth’s Record of Success and Why a C$7.00 Valuation Makes Sense

Green Growth has a strong track record of success, doing in months what has taken other cannabis companies years to achieve. Green Growth has a current fully-diluted1 market capitalization of over C$1.1 billion.

Management believes that the additional value creation from recent announcements and near-term business initiatives expected to be executed shortly have not yet been reflected in its share price and has confidence in a minimum C$7.00 per share valuation for the following reasons:

Green Growth is Not a Related Party to Aphria

For further clarity, Aphria’s CEO, Vic Neufeld, who is listed as one of many advisors to Green Acre Capital through its Green Acre Opportunity Corp. fund has no influence over Green Growth. Green Acre has invested in multiple cannabis entities and many are considered competitors to Aphria. There is nothing noteworthy about Green Acre investing in another up-and-coming cannabis entity, regardless of overlap in a small, emerging industry.

The clearest evidence for lack of influence in Green Growth’s acquisition of Aphria is the fact Aphria’s board has refused to engage and rejected Green Growth’s premium offer thus making a transaction much more difficult and expensive to achieve.

Certain market participants have spread misinformation related to Green Growth with the objective of destroying value in Aphria. This misinformation was generated by comments from those with a stated short position in Aphria and whose trade will be impeded by Green Growth’s premium offer. Shareholders should be aware of the facts related to a number of incorrect statements made. Specifically:

Green Growth Will Launch its Offer for Aphria

Green Growth has been willing to work with Aphria’s board to find ways to enhance value for shareholders of both companies. Green Growth is confident in the certainty of a C$300 million financing at C$7.00 per share. Over 10% of Aphria’s shareholders have already indicated their support of the Offer. Aphria’s board has two options: Engage with Green Growth as a serious buyer to create real value or continue their endless analysis which will result in the destruction of shareholder value.

We look forward to continued direct engagement with Aphria’s shareholders as we work together to build the leading cannabis company in the world.

Questions? Need more help? Aphria shareholders should contact Kingsdale Advisors, the information agent and depositary for the Offer, at 1-866-851-3214 (North American Toll-Free Number) or +1-416-867-2272 (Outside North America) or via email at contactus@kingsdaleadvisors.com.

Intention to Make an Offer

Readers are cautioned that Green Growth may determine not to make the Offer if (i) Aphria implements or attempts to implement defensive tactics in relation to the Offer, (ii) Green Growth uncovers or its contemplated funding sources uncover or otherwise identify information suggesting that the business, affairs, prospects or assets of Aphria have been impaired or uncovers or otherwise identifies other undisclosed material adverse information concerning Aphria or (iii) Aphria determines to engage with Green Growth to negotiate the terms of a combination transaction and Aphria and Green Growth determine to undertake that transaction utilizing a structure other than a take-over bid such as a plan of arrangement. Accordingly, there can be no assurance that the Offer will be made or that the final terms of the Offer will be as set out in this news release. In addition, the contemplated consummation of a concurrent brokered financing of C$300 million, at a price per share of C$7.00, and the contemplated backstop commitment in that regard, are subject to a variety of contingencies and conditions, including satisfactory completion of customary due diligence as to both Aphria and Green Growth, agreement on mutually agreeable definitive documentation, and other customary undertakings and conditions. No binding commitment of any kind has yet been made in this regard, and readers should not assume any such commitment will be made unless and until reflected in a binding instrument agreed by the contemplated funding sources, which cannot and should not be assumed or assured.

The Offer will be undertaken in accordance with National Instrument 62-104 – Take-Over Bids and Issuer Bids and will be subject to a number of customary conditions, including: (i) there being deposited under the Offer, and not withdrawn, at least 66 2/3% of the outstanding Aphria Shares (calculated on a fully diluted basis), excluding Aphria Shares held by Green Growth; (ii) receipt of all governmental, regulatory, stock exchange and third party approvals that Green Growth considers necessary or desirable in connection with the Offer; (iii) there being no legal prohibition against Green Growth making the Offer or taking up and paying for the Aphria Shares; (iv) Aphria not having adopted or implemented a shareholder rights plan, disposed of any assets, incurred any material debts, implemented any changes in its capital structure or otherwise implemented or attempted to implement a defensive tactic; (v) no material adverse change having occurred in the business, affairs, prospects or assets of Aphria; (v) Green Growth not becoming aware of Aphria having made any untrue statement of a material fact or omitting to state a material fact that is required to be made to any securities regulatory authority; (vi) approval by the shareholders of Green Growth in accordance with the policies of the Canadian Securities Exchange; and (vii) the statutory minimum condition that 50% of the Aphria Shares having been tendered to the Offer, excluding Aphria Shares held by or over which control is exercised by Green Growth (which cannot be waived). If the Offer proceeds, Green Growth expects to call during the first quarter of 2019 a meeting of its shareholders to consider a resolution to approve the issuance of the Green Growth Shares in connection with the Offer. Green Growth expects the Offer, when made, will remain open for an acceptance period of at least 105 days from the date of mailing its take-over bid circular. It is within the power of the Board of Directors of Aphria to significantly shorten this minimum bid period, allowing shareholders to receive the benefits of Green Growth’s offer in only 35 days. Shareholders of the Company are encouraged to contact Aphria and to urge management and the Board to allow Green Growth’s takeover bid to proceed in the minimum time frame allowed.

Green Growth Brands has retained Canaccord Genuity as its financial advisor, Norton Rose Fulbright Canada LLP as its legal advisor, and Kingsdale Advisors as its strategic shareholder and communications advisor and depositary.

Green Growth brands expects to dominate the cannabis and CBD market with a portfolio of emotion-driven brands that people love. Led by renowned retailer Peter Horvath, the GGB team is full of retail renegades with decades of experience building successful brands. Join the movement at GreenGrowthBrands.com.