The Canadian Cannabis LP Index pulled back slightly in April, its second straight decline after a strong first two months to begin the year, declining 4.9% to 369.45: 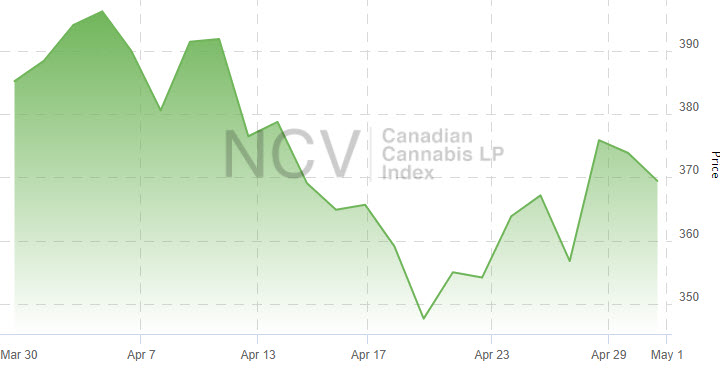 Among these largest LPs by revenue, HEXO Corp was the best performer, gaining 1.4%, while Aphria fell 18.2%.

The best performer was Supreme Cannabis, which gained 37.0% after receiving an acquisition bid from Canopy Growth, with Valens gaining over 30%. Organigram lost 25.1%.

The returns for the overall sector varied greatly, with 3 names gaining more than 20% and 3 declining by more than 20%. The entire group posted a median return of -6.3%: 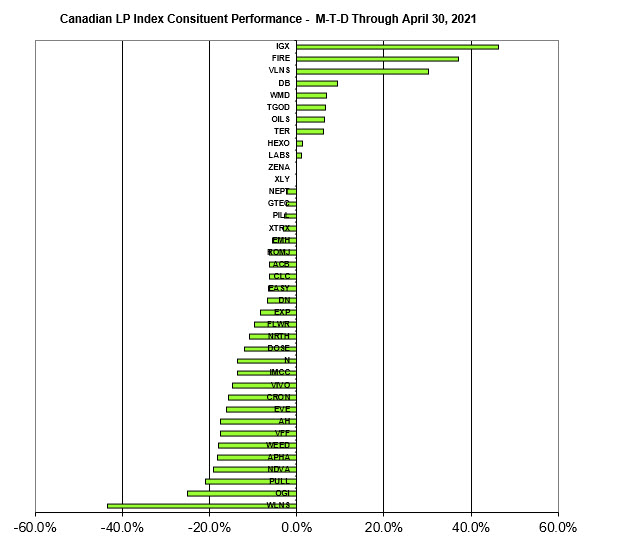 For May, the overall index will again have 40 constituents, with the addition of Bevcanna (CSE: BEV) (OTC: BVNNF) to Tier 3. Decibel (TSXV: DB) (OTC: DBCCF) and MediPharm Labs (TSX: LABS) (OTC: MEDIF) will move from Tier 3 to Tier 2.