Harvest One provides Update on subsidiary Satipharm and Sales License

Satipharm recently received a “Free Sale Certificate” by German authorities which reduces constraints for international exports and removes final regulatory trading impediments with other EU jurisdictions. The Free Sales Certificate officially establishes Satipharm’s cannabidiol (“CBD”) capsules as a food supplement rather than a “Novel Food”, and therefore clarifies certain legal concerns that have previously obstructed Satipharm’s capsule marketing in some jurisdictions. Satipharm is the only company in Europe with a GMP grade nutraceutical CBD products. As a result, management expects to see an increased demand for the capsules across the EU and increased opportunities to enter other international jurisdictions.

Sales and distribution in Europe

Consequently, Satipharm has seen a significant increase in sales over the last few months with revenues growing month over month. With some sizable contracts already in place, the Company anticipates revenue to be approximately CAD$180,000 in the first quarter of the 2018 fiscal year, with further increases expected in the second quarter.

Final regulatory approval for prescription of CBD capsules in Australia

Harvest One, through its other wholly owned subsidiary United Greeneries Operations Ltd. (“United Greeneries” or “UG”), has applied to become a Licensed Dealer under the Canadian Narcotics Control Regulations to allow for the importation of Satipharm capsules to Canada. Subject to regulatory approval, after successful importation, the capsules may be sold as a medical cannabis product under the Company’s Access to Cannabis for Medical Purposes Regulations (“ACMPR”) licence. UG believes that the provision of Satipharm’s products to Canadian consumers will give the Company a significant first mover advantage in the Canadian market and will be a strong catalyst for revenue growth in the near term, as the GMP produced Gelpell Microgel capsules are expected to be the first pharmaceutical grade product available in the ACMPR market.

Satipharm’s manufacturing partners in Switzerland have now received narcotics approval for the manufacturing of Satipharm products containing tetrahydrocannabinol (“THC”). Satipharm expects the new formulations, following safety and stability testing, and subject to regulatory approval, to be available to medical cannabis patients in Canada and Australia by the first half of 2018.

On August 17th 2017, the Patent Cooperation Treaty (PCT) application submitted by Satipharm in February 2017 was published. This comprehensive patent application is directed at Satipharm’s proprietary Gelpell-CBD product technology, and covers oral formulations utilising both singular and/or a combination of cannabinoids.

Once granted, the patent will be owned equally by Satipharm and its manufacturing partner Gelpell AG and will also cover, via an exclusive agreement, the cannabis-derived prescription drugs developed by PhytoTech Therapeutics, a wholly owned subsidiary of MMJ Phytotech (ASX:MMJ), which also owns approximately 59% of Harvest One.

Satipharm has accomplished several substantial milestones of long-time value: Development of the only GMP produced oral capsule technology to date, the entry into the Australian prescription market, the establishment of solid sales structures within the European Pharmacy distribution system and the advancement of its Gelpell Technology through Phase 2 Clinical Trials. 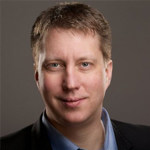 With the international use patent secured, new formulations and entry to the Canadian market pending, Satipharm, with its leading approach to medical cannabis delivery technologies and together with its unique global reach will keep pressing to further establish our group’s cutting edge position in this ever-growing industry. I strongly believe that the solid revenue base and steady sales increase will be positively recognized by the markets and that both the achieved milestones and upcoming catalysts will significantly add to further future shareholder value.

The Company also advises that on September 14th, 2017, its wholly owned subsidiary United Greeneries completed the required inspection for an ACMPR Sales and Distribution amendment to its existing ACMPR cultivation license, and expects the issuance of this amendment by Health Canada shortly.

Based in Cham, Switzerland, Satipharm AG is the pharmaceutical division of Harvest One and is a pioneer in the development and distribution of medical cannabis based pharmaceutical and nutraceutical products. Satipharm holds the rights to a Gelpell Microgel technology for all cannabis related products that overcomes bioavailability and consistency issues associated with oral delivery of cannabis-based products.

About Harvest One Cannabis Inc. (TSX-V:HVST)

Harvest One controls operations across the entire cannabis value chain through three business units, with Harvest One serving as the umbrella company over horticultural arm United Greeneries and medical arm Satipharm AG. Each business is strategically located in favourable jurisdictions with supportive regulatory frameworks in place. United Greeneries has received a Canadian medicinal cannabis cultivation license, making Harvest One one of only a few companies globally with the capacity to commercially cultivate cannabis in a federally regulated environment.