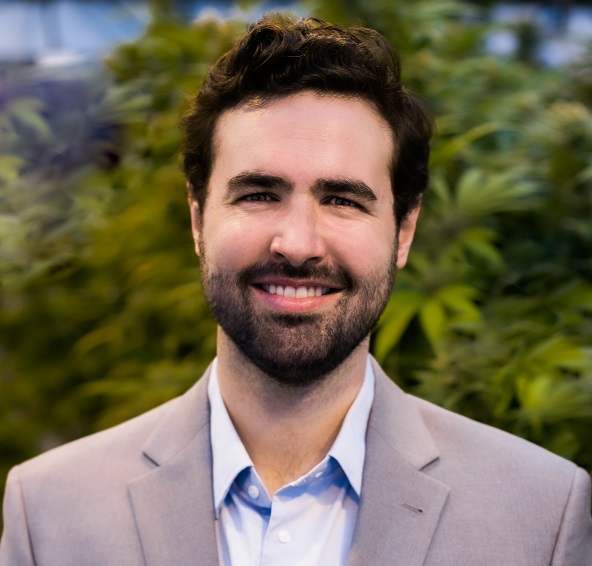 Dewey Scientific delves into the science of cannabis, but unlike many of its competitors, this agtech company channels its scientific discoveries into its own recreational cannabis brand. Co-founder and CEO Jordan Zager, PhD, spoke with New Cannabis Ventures about his company’s services, its customers and its recent Series A. The audio of the entire conversation is available at the end of this written summary.

Zager has a PhD in plant biochemistry. He spent time working in a biofuels lab. As a medical cannabis user, Zager was interested in finding a way to combine his passions for biotechnology and cannabis. In 2018, he found a way with the launch of Dewey Scientific.

Zager co-founded the company with Paul Mihaylov, PhD. Mihaylov earned his PhD in plant breeding and bring his skills as a data scientist to the team, according to Zager. Mark Lange, PhD, serves as the company’s Chief Science Officer, and Danielle Landrein joined earlier this year as Chief Growth Officer. Over the past year, the Dewey Scientific team has grown from six people to more than 20 people.

The company provides analysis of genetics data. While other companies provide that kind of analysis, it can often be difficult to interpret the data without an in-house plant expert, according to Zager. Dewey Scientific helps its clients to turn genetic data into actionable insights.

Dewey Scientific also offers controlled trial management to ancillary businesses in the cannabis space. Many of these companies cannot have cannabis inside their operations. So, Dewey Scientific, which is licensed to sell cannabis, tests their products for them.

With its license in the Washington market, Dewey Scientific is planning to release varieties to other operators in the state, likely for the 2022 growing season.

Many of the company’s clients are struggling with disease and looking for ways to address the problem without using pesticides or fungicides. Dewey Scientific helps its clients find natural resistance to disease through plant varieties.

Dewey Cannabis Co. is the company’s cannabis brand sold in retail stores across Washington. Having this brand allows the company to gather preliminary data on how its varieties are being received by consumers before releasing those varieties to other growers. It helps Dewey Scientific to tailor its breeding panel, focusing on the strains that do well in the market.

The company recently completed its Series A, anchored by The Hawthorne Collective, the cannabis investment arm of Scott’s Miracle-Gro. Dewey Scientific has been working with Hawthorne Gardening Company for more than two years, and Zager sees this investment as a validation of the company’s technology.

Dewey Scientific raised just over $3 million in its Series A, which will help to bolster the company’s scientific team and to get more equipment. The company also works closely with its landlord Selway Holdings, which is helping Dewey Scientific to build out its facility.

In Washington, cannabis license holders must be based in the state, which takes a public market strategy off the table for now, according to Zager. Dewey Scientific’s seed round was done via convertible notes, and its Series A was in the form of warrants. Thus far, the company has been successful in raising capital this way, according to Zager.

Dewey Scientific is not currently looking for acquisitions, but it is gearing up to offer a full-service license package. Rather than going out in and getting more licenses, it will work with cultivators in other states, helping them with their grows and their varieties.

Federal legalization is important for the company’s long-term strategy. The company wants to get its genetics into the hands of as many cultivators as possible.

Right now, the company is hard at work convincing growers of the value of its varieties. So far, it has worked with one partner farm in Washington, but Dewey Scientific is aiming to work with approximately 25 farms in the 2022 grow season.