DENVER, May 25, 2021–(BUSINESS WIRE)–HempFusion Wellness Inc. (TSX:CBD.U) (US:CBDHF) (FWB:8OO) (“HempFusion” or the “Company”), a leading health and wellness Company offering premium probiotic supplements and products containing CBD, is pleased to announce it has entered into a definitive agreement to acquire 100% interest in Sagely Enterprises, Inc. (“Sagely Naturals”), a leader in premium CBD products with mass distribution in more than 14,000 retailers nationwide.

Founded in 2015 by Kerrigan Behrens and Kaley Nichol, Sagely Naturals is the largest female-founded CBD wellness brand. Since its inception, the brand has been on a mission to naturally modernize the medicine cabinet with high-quality, accessible products that help women feel their best. Sagely Naturals maintains a strong presence in the top Drug retailers nationwide and is sold in key retailers such as CVS, Rite Aid, Albertsons, Sprouts, Nordstrom, and many other independent regional grocers and natural food stores in addition to sagelynaturals.com. The company’s products are available in over 14,000 retail locations.

Sagely Naturals has consistently maintained the number one position in CBD topicals, with 23% market share in the Drug channel and 13.8% market share in the Multiple Outlet channel (“MULO”) (according to IRI data). Including ingestibles, Sagely Naturals is the #3 CBD brand and one of the only brands showing consistent growth in the all-time periods within the latest 52 weeks (according to IRI and MULO data). Out of the top 20 selling CBD SKUs in MULO, Sagely Naturals have five SKUs, with the Extra Strength Relief & Recovery Cream being the #1 selling SKU in Chain Drug.

Consumer insights have informed every aspect of Sagely Naturals’ product development, enabling them to meet consumer needs in an approachable and familiar way and build a large and devoted community around their brand. Sagely Naturals has also caught the attention of A-list celebrities, including Cameron Diaz, Zoe Saldana, and Molly Sims, as both consumers and investors.

Upon closing, the acquisition of Sagely Naturals immediately adds significant value to shareholders. By more than tripling our 2020 revenue (when combined with the closing of Apothecanna), expanding to over 15,000 stores, expanding our distribution strategy to six channels, combining some of the top executive talent in the industry, and bringing together over 75 incredible and best-selling SKUs, HempFusion is in its strongest position to date. 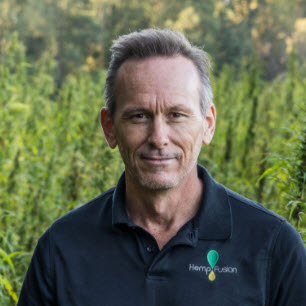 We expect the combined proforma entity to achieve substantial growth over our historical financials and cement our leadership position in the CBD industry while setting the stage for tremendous growth in 2021 and 2022.

“Allowing people to do more of what they love has always been at the heart of our mission at Sagely Naturals. HempFusion approaches the industry the right way and possesses the resources required to help us significantly scale our business, increase our market share, and expand beyond our stronghold in the United States to international jurisdictions,” said Kerrigan Behrens, Co-Founder and Co-CEO of Sagely Naturals.

Quality and consumer safety are of the utmost importance to our brand, and Dr. Jason Mitchell and his team have been market leaders in the CBD category in this regard. We are incredibly excited to be joining the HempFusion team. 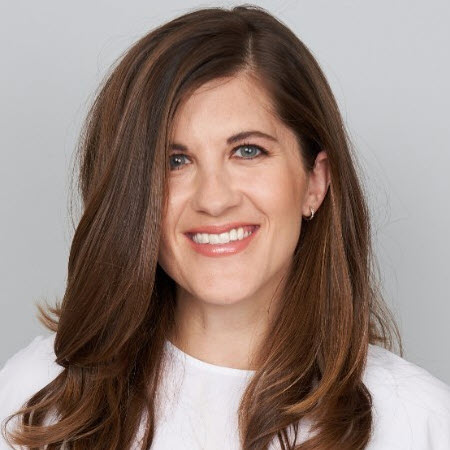 Pursuant to an agreement and plan of merger dated May 24, 2021 (the “Merger Agreement”) among HempFusion, HempFusion Merger Sub 2, Inc., a wholly-owned Delaware subsidiary of HempFusion (“HF Merge Co”), Sagely Naturals and KBKN Equityholder Representative LLC, in its capacity as representative of the holders of equity interests in Sagely Naturals (the “Sellers”), HF Merge Co will merge into Sagely Naturals with Sagely Naturals surviving as a wholly-owned subsidiary of HempFusion, for initial consideration of US$25,000,000 (the “Initial Consideration”) consisting of US$2,000,000 in cash (subject to adjustment for Sagely Naturals’ cash and working capital) and $23,000,000 in common shares of the Company (“HempFusion Shares”) to be issued at a deemed price per HempFusion Share of approximately US$1.021, being the volume weighted average trading price (“VWAP”) of HempFusion Shares on the Toronto Stock Exchange (the “TSX”) for the 30 trading days immediately prior to May 24, 2021 (the “Transaction”). In addition, the Sellers may be entitled to receive an earnout payment of up to US$5,000,000 (“Earnout Payment”) subject to Sagely Naturals achieving certain revenue targets (with a minimum revenue threshold of US$6,020,000) within twelve months of closing (the “Closing”) of the Transaction (the “Earnout Period”), with 40% of any Earnout payment to be paid in HempFusion Shares (the “Earnout HempFusion Shares”) and the balance paid in cash.

Completion of the Transaction is subject to a number of terms and conditions as set forth in the Merger Agreement, including (among other things) holders of no more than 5% of the outstanding shares of Sagely Naturals exercising appraisal rights, the receipt of approval of the TSX and certain other closing conditions customary in transactions of this nature.

Upon completion of the Transaction, Sagely Naturals will be a wholly-owned subsidiary of HempFusion, with Kerrigan Behrens and Kaley Nichol remaining as Co-CEOs of Sagely Naturals.

HempFusion is a leading health and wellness CBD company utilizing the power of whole-food hemp nutrition. HempFusion distributes its family of brands, including HempFusion, Probulin Probiotics, Biome Research, and HF Labs, to approximately 4,000 retail locations across all 50 states of the United States and select international locations. Built on a foundation of regulatory compliance and human safety, HempFusion’s diverse product portfolio comprises 48 SKUs including tinctures, proprietary FDA Drug Listed Over-The-Counter (OTC) Topicals, Doctor/Practitioner Lines and more. With a strong focus on research and development, HempFusion has an additional 30 products under development. HempFusion is a board member of the US Hemp Roundtable, and HempFusion’s wholly-owned subsidiary, Probulin Probiotics, is one of the fastest-growing probiotics companies in the United States, according to SPINs reported data. HempFusion’s CBD products are based on a proprietary Whole Food Hemp Complex™ and are available in-store or by visiting HempFusion online at www.hempfusion.com or www.probulin.com.