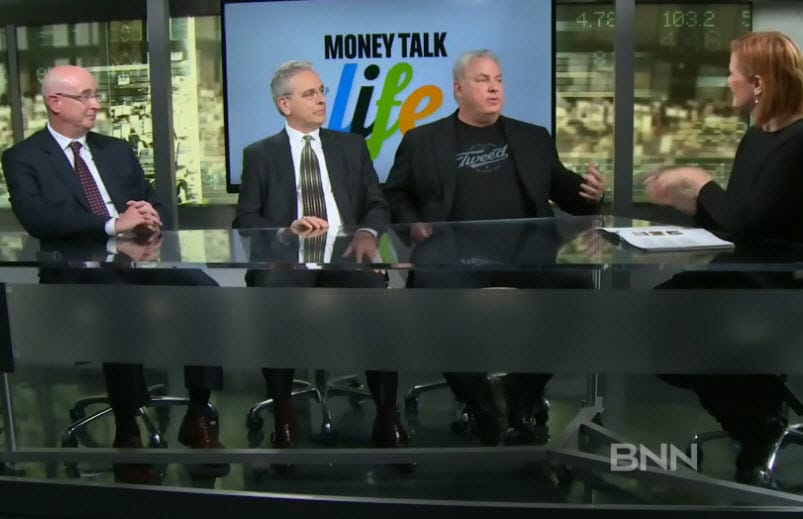 BNN hosted the CFOs of Canopy Growth (TSX: WEED) (OTC: TWMJF), its partially owned subsidiary, Canopy Health Innovations,  and Emblem (TSXV: EMC) (OTC: EMMBF) on Money Talk on May 17th to discuss the opportunities and challenges in the cannabis industry. One of the most interesting aspects of the conversation was how licensed producers Canopy Growth and Emblem, which are positioning for legalization, also see opportunity in the medical market.

Ian MacNair, CFO of Canopy Health Innovations, explained the process of developing pharmaceuticals, including conducting clinical trials. Tim Saunders, CFO of Canopy Growth, described how successful trials and the award of a drug identification number will pave the way for more acceptance by doctors, who are more likely to prescribe formats that extend beyond smoking or vaporization, and also for coverage by insurance. John Laurie, CFO of Emblem, discussed how the market has been shifting towards products with CBD and towards oils rather than flower, with doctors more comfortable prescribing these types of products.

The CFOs discussed some of the challenges they face, including finding employees  and driving down costs as well as their views that the market will likely not be adequately supplied when legalization arrives next year. In the second part of the interview, the CFOs discussed taxation and advertising restrictions. MacNair described CHI’s drug development efforts, which are still exploratory after it gained funding just six months ago. He expects the process to take 2-3 years to complete the first approval. Interestingly, some of its research is geared towards animal health. Laurie explained how Emblem is leveraging its patient education division to learn more about patient and doctor preferences. He expects medical cannabis to look more like typical pharmaceutical products, including capsules and sub-linguals.

Each of the CFOs pointed to the global opportunities ahead, particularly in Germany. Saunders indicated that Canopy Growth will not participate in the United States market as long as cannabis remains federally illegal.