This past week was one of the worst for the publicly traded cannabis sector in years, with the Global Cannabis Stock Index losing 11.2%. It is now down 13.4% in 2019 as it has returned to levels from more than two years ago:

While the longer-term outlook for the industry remains promising, several back-to-back issues have weighed on the sector, which has declined now six straight months. The irony of the plunge this week is that we enjoyed truly remarkable news, with the House of Representatives sending a clear signal that the federal government is ready to begin rationalizing cannabis policy. The passage of the SAFE Banking Act, which must work its way through the Senate as well, would be an important step towards reconciling federal illegality with the rights of states to permit and regulate cannabis production.

Why Stocks are Weak

The most recent challenge to the cannabis industry is a big one, and it appeared suddenly and without much warning. Vape pens are a big part of the industry’s growth and are among the higher margin products. This week’s temporary ban in Massachusetts has triggered concerns that more states or even Canada could do the same, potentially slowing the growth of the the industry.

Unfortunately, the vaping crisis is just one of several challenges the sector faces. The CBD space has been pressured due to regulatory uncertainty as well as growing competition. The implementations in Canada and California remain less than robust for these two large markets. In both places, the illicit market remains vibrant. Canada, too, was rocked by the CannTrust scandal as well as the abrupt firing of Canopy Growth CEO Bruce Linton. Finally, while it appears to be behind us, the slow DOJ review process held up several pending mergers that had excited investors earlier this year when they were announced. Delayed deals as well as slow licensing in Massachusetts forced several companies to reduce guidance consequently.

Perhaps the most important challenge, though, is constrained access to capital. Two leading companies in terms of revenue that have raised capital in September have seen their stocks get punished, Cresco Labs and KushCo Holdings. Cresco closed on 9/13 at C$10.50. The next day, it announced an accretive acquisition in Nevada but also priced a bought deal at C$10.00 with warrants. On Friday, the stock closed at C$7.80, now down more than 25% in two weeks. KushCo’s most recent capital raise shocked investors as the stock already faced what looked like capitulation just a day prior. The pricing of the registered direct offering at $1.75 with warrants reflects the company’s concerns to ensure it’s well capitalized if the vaping crisis continues to escalate. It ended the week at $1.55, down 59% from where it began the month.

Very few public companies are generating positive cash flow based on the adjusted operating income column in the Public Cannabis Company Revenue & Income Tracker, and the reduction in capital available is weighing on the entire sector. Companies that have high cash burns and weak balance sheets have seen their stocks fall 80% or more, and investors are realizing that many companies may struggle ahead without raising additional capital on what could be egregious terms.

In late 2018, the rush by the MSOs to go public flooded the market with stock and prices dropped in Q4 by 48% from the end of September until the lows in late December. Since the peak in March, the market has also dropped 48%, but over six months instead of three.

We remain positive over the long-term, but we think several factors will continue to weigh on stocks in the near-term. First, the vaping issues represent a big threat to the market. Consumers will likely reduce consumption, and we could see more regulatory action that would curtail sales. Second, tax-loss selling may be an issue this year given the large amount of capital gains generated early in the year. More importantly, though, while demand for cannabis stocks is muted, the supply isn’t. We continue to see insiders and early investors selling stock, and we expect that companies may become aggressive in trying to raise capital.

Throughout the year, we have been suggesting that investors would shift from revenue to operating profit as the key metric, and this has been playing out. If there is one big takeaway that we can leave for our readers: Never has it been more important in this sector to focus on cash flow and balance sheets. Many companies could struggle to survive if the capital markets remain closed to them. While fundamentally sound companies with strong balance sheets and minimal cash burns (or even positive cash flow) are seeing their stocks pressured nonetheless, those that can pursue their plans, even if scaled back due to market conditions, will likely provide big returns to their investors once the storm has passed. We think investors should focus on the companies that are on the path to profitability while they are on sale. 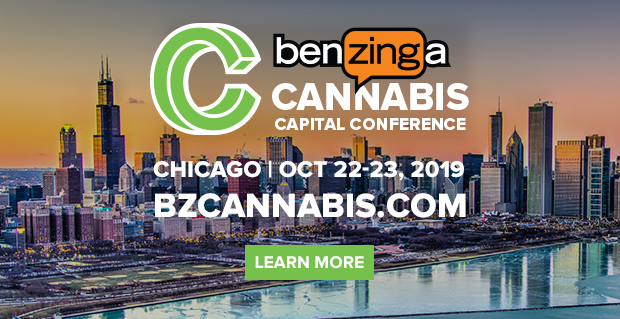 Join Alan Brochstein and hundreds of other industry participants at the Benzinga Cannabis Capital Conference in Chicago, where investors will have a chance to come up close and personal with leading companies in the industry to better understand near-term opportunities, catalysts and risks.