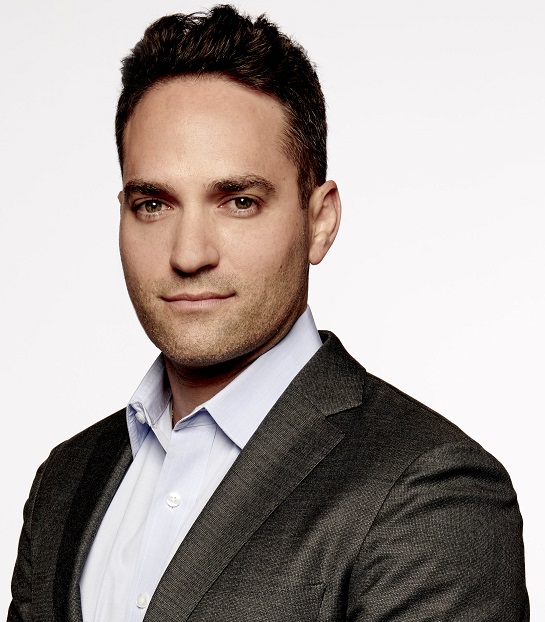 Cannabis retailer MedMen (CSE: MMEN) (OTC: MMNFF) has been operating in the United States for nearly a decade. Now that the company has established a strong, bi-coastal presence, it is focused on operationalizing its footprint. Co-Founder and CEO Adam Bierman spoke with New Cannabis Ventures about the company’s market strategy, retail stores, and the importance of growing with a clear mission. The audio of the entire conversation is available at the end of this written summary.

Bierman and his partner Andrew Modlin started MedMen from the ground up. Bierman was fascinated with how much people were willing to risk to access cannabis and saw how much opportunity the growing legal market represented. As the company has grown, it has gained more purpose, according to Bierman. And, as the industry evolves, he sees the companies that have a clearly defined mission as those that will be ultimately successful.

The People at MedMen

Bierman and Modlin have been business partners for almost 15 years. Over the last five years, their other partner Chris Ganan, Chief Strategy Officer of MedMen, has been instrumental in helping the company grow, according to Bierman.

MedMen has more than 1,300 employees. Bierman and his team spend a significant amount of time on the company’s people, and he sees that reflected in the store experience.

The Markets That Matter Most

MedMen is currently active in multiple states and has more than 30 stores open, but for its first six years, the company operated exclusively in Los Angeles. Bierman and his team set out from the start to build a national retailer, which is why they feel California is so important. Bierman sees that state as an incubator for dominant brands.

After California, MedMen moved into other key markets including New York, Nevada, and Florida. “We have not been playing the game of chasing how many states we can brag about being in,” says Bierman. “Not all states are created equal.” MedMen is aiming to create dominant positions and gain more consumer trust in these markets. The company is going as deep as possible in these key markets, which will allow it to gain brand power and to take its time on widening its footprint.

MedMen’s public debut helped it to access capital and become intensely acquisitive. The company’s acquisition of Treadwell took it into Florida, and its acquisition of PharmaCann (expected to close this year) will take it into Illinois, which is on the eve of becoming an adult-use market.

The last year and a half has been about establishing a national footprint and infrastructure and creating defensibility in key markets, according to Bierman. Now, the company’s next chapter will focus less on acquisitions and more on operationalizing the footprint it has achieved to-date.

MedMen’s retail stores are essential to its strategy. The company’s stores are designed to have a mainstream environment in prime real estate locations. MedMen wants people who have never used cannabis to be curious enough and comfortable enough to step inside a store.

Once inside a retail location, consumers have access to shelves with carefully curated, high-quality brands. The number of SKUs depends on the markets. For example, stores in California have hundreds of SKUs, while the company’s locations in New York may only have 40 to 50 SKUs due to stricter regulations.

When it comes to the question of CPG brands versus retail stores, Bierman sees retail as having more leverage in the supply chain. If a MedMen location swaps out a top-selling brand for another, sales do not change. Bierman sees brands gaining loyalty power in the cannabis business eventually, but currently, consumers are looking for a product type, not a particular brand.

Retail remains the company’s core strategy, but MedMen has launched an owned brand strategy to supplement its shelf space. The company has launched its Statemade and MedMen Red brands, and it has half a dozen others coming in the future.

MedMen is using data gathered in its stores to inform that strategy. Its owned brands are an answer to what consumers have already expressed wanting. As the owned brand strategy continues to roll out, MedMen is focused on national presence. Consumers will be able to buy any of MedMen’s owned brands in any of its stores, no matter the market.

The company announced preliminary Q4 results of $42 million, but it chooses not to release revenue projections for 2020. Bierman still sees the market as in the process of building success. Offering projections could lead to over-promising, he says.

Instead, the company is focused on executing its long-term vision of eventually becoming a lasting business worth $50 billion to $100 billion. Achieving that kind of success means walking a fine line between seizing growth opportunities and managing spending to still achieve profitability. Bierman believes MedMen has been walking that line over the course of its history, never missing payroll as it has hit growth milestones.

For its first six years, the company was self-funded. Gotham Green recently invested an additional $30 million in MedMen, and the company still has $125 million on its Gotham Green facility. MedMen has yet to access its next tranche. Bierman views the funding from Gotham Green as the fuel the company needed for intensive growth. Today, the company has access to that remaining capital and a strong balance sheet, according to Bierman.

Bierman recently shared his perspectives on the importance of key performance indicators in the cannabis industry. Before understanding what KPIs to use, it is important to break down the industry into its different verticals. You cannot compare MedMen to a Canadian LP or a Midwestern MSO with a focus on its growing capabilities, according to Bierman.

For MedMen, the important KPIs stem from its focus on retail and what it can achieve within its own four walls. The company tracks metrics such as the percentage of consumers who walk into one of their stores and buys something (conversion ratio), how much each consumer spends (average dollar sale), gross margin, total store visits, and the total number of people in its loyalty program (100,000 and growing).

There is no exact blueprint for success in the cannabis industry–it is still so new. When searching for the nearest example, Bierman looks to Whole Foods. The grocery store chain completely changed the health foods industry. The company, which has a dominant market share in MedMen’s home state of California, had so much brand power that Amazon had to have it, according to Bierman.

Bierman sees MedMen delivering on the promise to be a dominant, national retailer in cannabis and to consistently scale with speed.

To learn more, visit the MedMen website. Listen to the entire interview: