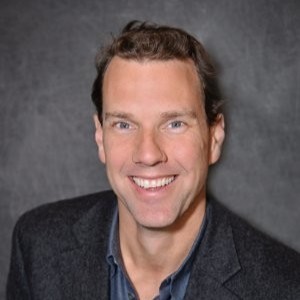 Indus Holdings (CSE: INDS) (OTC: INDXF) is seeking to stand out in the cannabis space through scale in California. In March, George Allen led a recapitalization of the business and stepped into the chairman role. He spoke with New Cannabis Ventures about the company’s mission, expansion plans and opportunities in California. The audio of the entire conversation is available at the end of this written summary.

Allen entered the cannabis space as an investor in 2016. He observed a lack of organization in the industry and decided to get more directly involved. He joined High Street Capital Partners, the predecessor of Acreage Holdings, working as CFO and then president of the company. He took the company through several layers of financing and going public, leaving right before the transaction with Canopy Growth.

As Chairman of Indus, Allen has put forth a simple mission: focus. He wants to see the company become the best at what it does in California. While there is a lot of hype around building brands and brand equity, data indicates consumers buy based on value, according to Allen. So Indus is driven to deliver more for less, bringing consumers quality products at a great price.

Rather than adopting an MSO model, the company intends to remain focused on California until it becomes the market leader in the state.

Allen highlighted a robust leadership team, starting with CEO Mark Ainsworth. Ainsworth has an exceptional talent for motivating employees and driving teams to work for a common cause, according to Allen. Brian Shure recently stepped into the CFO position, while Steve Neil serves as VP of Finance. Jenny Montenegro, previously with Costco, serves as COO. Indus also has strong cultivation and sales teams, according to Allen.

Indus is based in Salinas, an attractive place to grow cannabis. The company cultivates, manufactures and distributes its own products. Currently, you can drive from one end of the company to the other in about 15 minutes, according to Allen. He has found this invaluable, allowing leadership to be in one place and quickly make decisions.

While the company may be centralized right now, it has announced major expansion plans that will spread its operations to multiple facilities in the surrounding area. The initial phase of the expansion plan will bring on board a 300,000-square-foot facility in Monterey County.

Indus is growing its footprint with the ultimate goal of becoming the largest cultivator in the United States. As it adds new facilities, it will bring its technical knowledge to upgrade their capabilities and grow output levels by four to six times, according to Allen.

Allen’s background makes M&A an appealing option, but he acknowledges that acquisitions can be challenging in the cannabis space. Indus will not pursue any deals that do not align with its values or deals that will negatively impact the balance sheet with a poor cash structure. While there may be deals that do make sense, Allen also sees a lot of potential for continued organic growth.

Indus completed a C$34.5 million equity offering in December. The company has a fairly clean balance sheet, according to Allen. It has a lease obligation on its existing cultivation facility, and it has a convertible debt instrument.

Allen favors equity over debt, considering debt a risky decision for companies still in their early stages of growth. Allen is aligned with the company’s investors. He is a significant investor in Indus, leading the recapitalization of the company in the spring and buying more shares in the latest offering at a substantially higher price.

When he stepped into the chairman role and recapitalized the business, Allen brought with him a number of historical investors. Now, Indus has built a compelling book with participation from approximately 35 institutions, according to Allen.

While stock prices will go up and down in the cannabis industry, Allen is more focused on the long view than daily fluctuations. He places more importance on the volume of stock, which indicates an ability to access the capital markets for growth opportunities. Allen is pleased with the volume and amount of participation that came with the company’s latest offering.

With the cash on hand from the recent offering, the company is looking to expand its cultivation operations. Allen wants to build a moat around the business, creating and scaling a differentiated position that will protect the company when capital becomes more abundant in the space.

Indus is one of the only companies committed to large scale cultivation in California, which will give the company a number of advantages, according to Allen. He sees the company being able to drive down marginal prices and negotiate favorable tax treatment with local jurisdictions.

As the company continues to grow, Allen wants the balance sheet to remain clean. Indus is committed to taking on capital projects that are fully funded from the outset. The latest expansion announcement is broken into steps built around the company’s ability to raise capital.

Expanded cultivation output will help the company to power its product manufacturing and distribution engine, pushing more CPG products into dispensaries. Allen hopes to see improved dispensary penetration in the year ahead.

Indus has not weathered 2020 without challenges. The wildfires in California caused the company to release revised Q4 guidance. The company suffered compromised yields, and it is seeking business interruption and crop failure insurance recovery, according to Allen. In the meantime, the company has made changes to its greenhouse operations to handle this type of challenge should it occur again.

In addition to the wildfires, Indus is contending with the COVID-19 pandemic, along with the rest of the industry. The company has had employees get sick, and it has worked hard to put protocols in place to keep operations running as safely and smoothly as possible.

While 2020 has been a challenging year, Allen sees opportunities ahead in 2021. The company’s current greenhouse is operating at about half capacity right now, but the team expects it to reach its full capacity through the course of next year. Additionally, increased penetration with its CPG products will help to drive revenue.

Indus has a series of approximately 40 metrics it continuously monitors and a compensation matrix that aligns its employees with the ones for which they are responsible. In the greenhouse, the company tracks metrics like harvest yield and potency levels. On the sales side, it looks at KPIs like the number of dispensaries served, sales density per dispensary and average order size. It also manages manufacturing metrics like product yields and total cost.

Unlocking the potential of its current operations and its expanding footprint are the biggest opportunities ahead of Indus, according to Allen. The company has raised enough capital to take the first step in its expansion plan, and it will nurture its relationship with the capital markets to continue moving forward.

With the potential for major regulatory changes to open the door to interstate commerce on the horizon, Allen anticipates that many cannabis MSOs are going to focus more effort on cultivation in California, but Indus will have a head start with an established high-quality, low-cost cultivation footprint in the state.

Lowell Farms Lights Up a Pre-Roll to Boost Its Brand