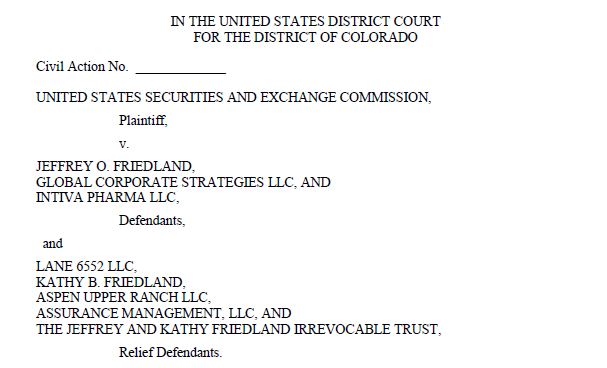 Business Den’s Kailyn Lamb reported today that the SEC filed a lawsuit  on March 5th against Jeffrey Friedland, an advisor to Israel-based OWC Pharmaceuticals (OTC: OWCP), alleging fraud. The 36-page lawsuit demands that Friedland return nearly $7 million in gains from the sale of shares in the company for nondisclosure of touting compensation, fraud in the purchase or sale of securities and fraud in the offer or sale of securities.

According to the lawsuit, Friedland, through his company Intiva Pharma LLC, purchased over 1.3 million shares in 2014 for $119,000 in a private placement initially but received 5.1 million shares of restricted stock in January 2016 in exchange for media and investor relations services for a two-year period through another of his companies, Global Corporate Strategies. This ownership of these securities was disclosed by OWC Pharma in its SEC filings, but the nature of the alleged services provided was never disclosed. 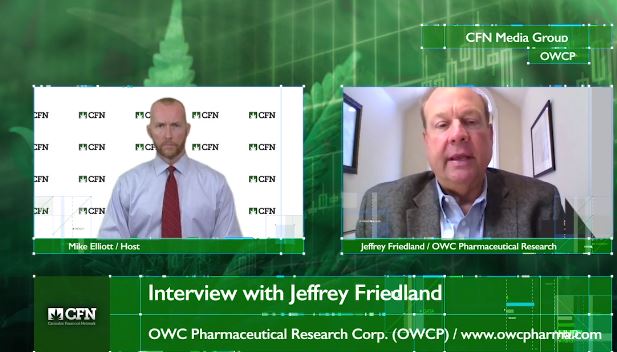 In a video interview produced by CFN Media on January 3, 2017, Friedland described himself publicly as having joined the company as a member of its advisory board without disclosing that he was a paid provider of investor relations services. He described how he had made the investment in 2014 without revealing any additional holdings, which represented over 75% of his holdings at the time, saying “We are still sitting with the stock. For us, it’s a very, very long-term situation.”

The lawsuit alleges that between February 2016 and August 2017 “Friedland sent emails and participated in interviews on OWC’s behalf without ever disclosing that he had been hired by OWC to handle its media and investor relations and had been paid to do so with millions of shares of OWC stock” and details multiple instances of Friedland allegedly touting the stock without properly disclosing his relationship as a paid promoter. The SEC also describes how clearing firm Spencer Edwards accepted the 5.1 million shares in March 2017 and began selling shares. He appeared on Pot Stock Radio for an interview days later and denied providing investor relations for OWCP, according to the lawsuit.  Between March 2nd and March 22nd, he allegedly sold all 5.1 million shares for $6.49 million. The SEC alleges that he sold almost all of the 1.3 million shares purchased in 2014 for approximately $480,000 between June 27th and September 22nd while he continued to tout the stock and neglect proper disclosure of his relationship with the company.

The SEC claims that he used the nearly $7 million from the sales of the stock to buy a $1.8 million home in Snowmass, Colorado and a $687,000 condo in Denver, to pay off more than $350,000 in credit card and personal debt, and to purchase to purchase two cars and a piano for $100,000. It also alleges that he transferred more than $300,000 to family members and more than $500,000 to associates, leaving more than $3 million in an account with Fidelity.

OWC Pharma stock has declined substantially since Friedland allegedly sold his shares and by over 26% since March 2nd, the day before the lawsuit was filed in Colorado: 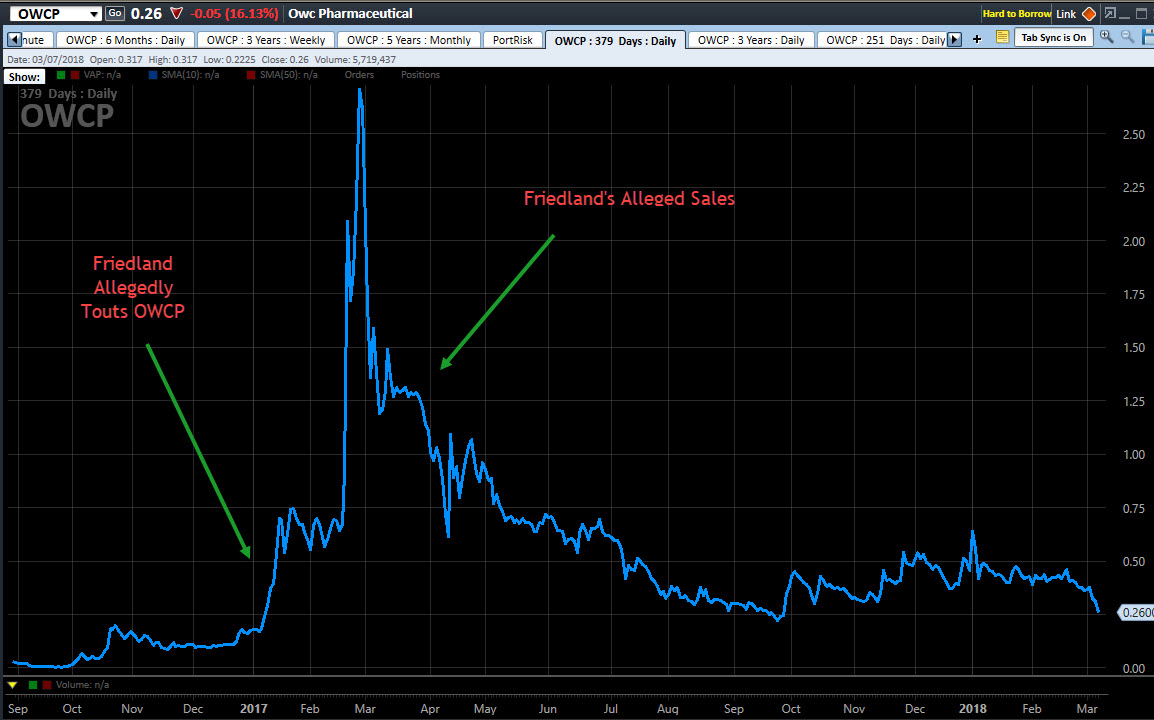