Shares of MedMen, which traded in Canada as low as C$3.11 on Wednesday,when U.S. markets were closed, rallied more than 20% on Thursday, ending the day at C$4.10 after trading as high as C$4.20.  The stock traded above C$10 in October. The company closed a $75 million capital raise yesterday, selling shares at C$5.50 with warrants at C$6.87. 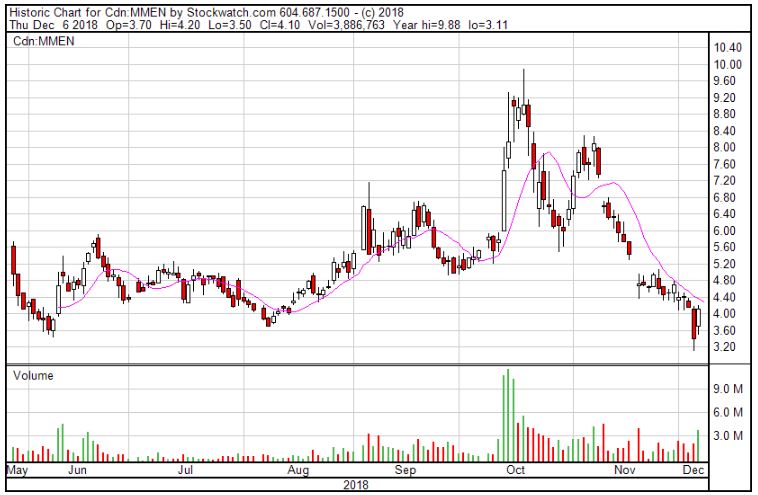