LOS ANGELES, May 11, 2021–(BUSINESS WIRE)–MedMen Enterprises Inc. (“MedMen” or the “Company”) (CSE: MMEN) (OTCQX: MMNFF), a cannabis retailer with operations across the United States, today released its consolidated financial results for its third quarter fiscal 2021 ending March 27, 2021. All financial information in this press release is reported in U.S. dollars, unless otherwise indicated.

“The past quarter was defined by the reopening of retail stores, accelerated momentum in our turnaround plan and a shift towards growth,” said Tom Lynch, Chairman and Chief Executive Officer of MedMen. “As predicted, California began to rebound strongly as capacity restrictions in California fell away, with same store sales up 2.3% quarter-over-quarter and April same store sales up 11.9% over March. Additionally, we achieved the best bottom-line result in MedMen’s history.”

I’m pleased with the tremendous progress we have made. MedMen’s mission is to be the best-in-class cannabis retailer, and we are positioning ourselves to achieve that goal through focus, experience, improved financials and continuing to deliver the industry’s premier in-store experience.

Over the next several quarters we plan to both accelerate our growth and move closer to profitability as we leverage our national brand recognition into opening new stores in Florida, California, Massachusetts and Illinois.

Corporate SG&A: Selling, general and administrative expenses related to the Company’s corporate functions. This non-GAAP measure represents scalable expenditures that are not directly correlated with the Company’s retail operations.

MedMen is a cannabis retailer with flagship locations in California, Nevada, Illinois and Florida. MedMen offers a robust selection of high-quality products, including MedMen-owned brands LuxLyte, and MedMen Red through its premium retail stores, proprietary delivery service, as well as curbside and in-store pick up. MedMen Buds, the Company’s loyalty program, provides exclusive access to promotions, product drops and content. MedMen believes that a world where cannabis is legal and regulated is safer, healthier, and happier. Learn more about MedMen at www.medmen.com. 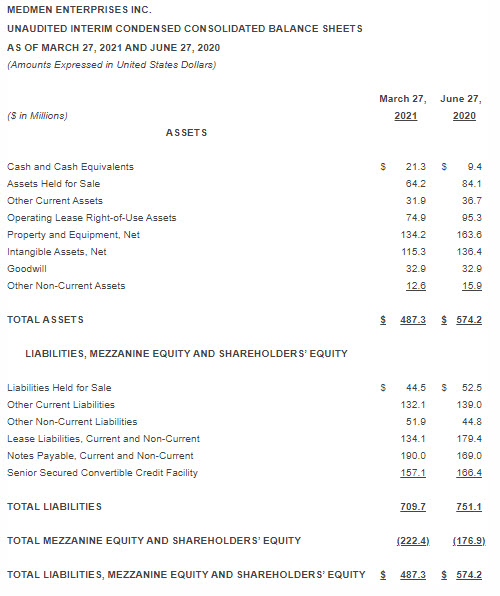 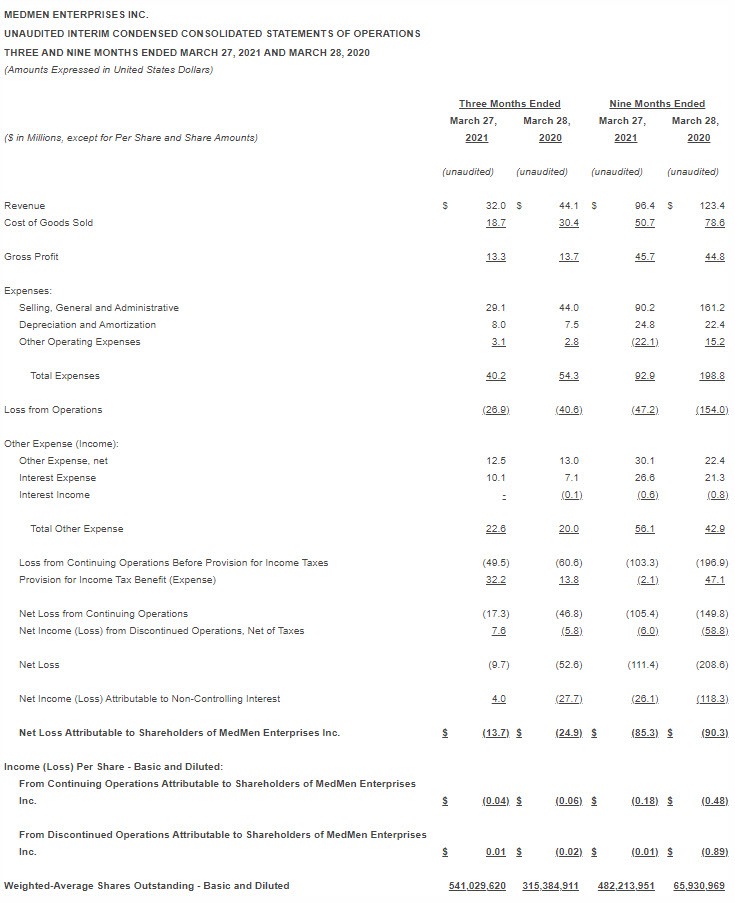 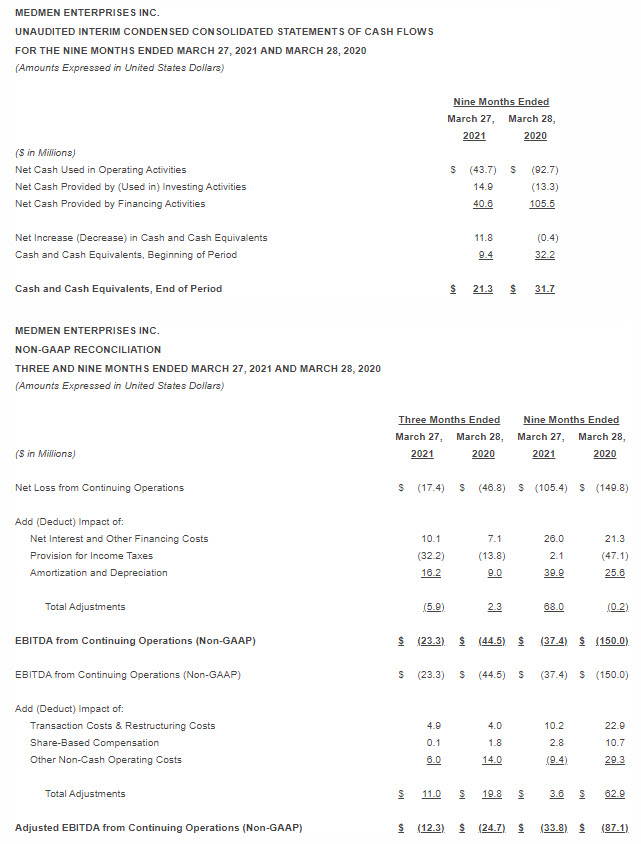