“We feel positive about the progress made while remaining aware there is still substantial work to be done. The business is focused on the execution of a strategy to streamline operations, strengthen its balance sheet and bring in additional capital. The sustained power of the brand and consistent consumer loyalty is a regular reminder of our strengths and the opportunities within reach,” said Ben Rose, executive chairman of the Board and Chief Investment Officer of Wicklow Capital.

This is a pivotal time for the Company where we have the opportunity to re-assess the business and narrow the focus on what we do best – retail, to continue to cut costs and to execute on four-wall economics with a path to profitability. 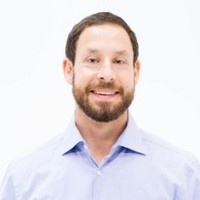 I look forward to transitioning the company into its next chapter, which will be defined by financial discipline and strategic growth to drive long-term value creation for the Company and its stakeholders.

Additional information relating to the Company’s fiscal second quarter 2020 results is available on SEDAR at www.sedar.com in the Company’s Interim Financial Statements and Management Discussion & Analysis (“MD&A”) for the quarter.

MedMen is North America’s premium cannabis retailer with flagship locations in Los Angeles, Las Vegas, Chicago and New York. Through a robust selection of high-quality products, including MedMen-owned brands [statemade], LuxLyte and MedMen Red, and a team of cannabis-educated associates, MedMen has defined the next generation discovery platform for cannabis and all its benefits. MedMen’s industry-leading technology enables a fully compliant, owned-and-operated delivery service and MedMen Buds, a nationwide loyalty program. MedMen believes that a world where cannabis is legal and regulated is safer, healthier and happier. Learn more at www.medmen.com 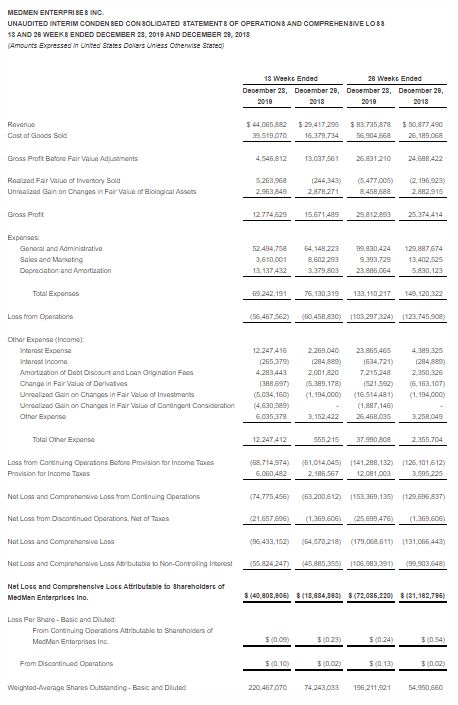 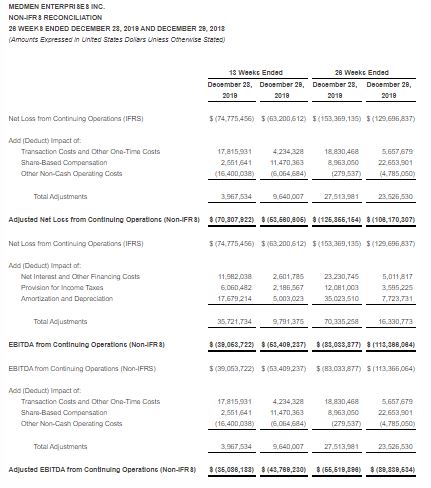