We continued to make significant progress during the third quarter by delivering top-line growth, reducing our corporate overhead and attracting capital to support our strategic plan.

We are encouraged by the steps the business has taken to focus on disciplined growth and profitability amidst a challenging and unprecedented global environment. Through the strength of the MedMen brand and the capital partners that continue to support the Company, we are well-positioned to execute on our goal of being the leading cannabis retailer.

The Company is required by the U.S. Securities and Exchange Commission (“SEC”) to test whether it continues to qualify as a foreign private issuer as of the last business day of every fiscal second quarter. As of December 28, 2019, the Company no longer met the qualification as a foreign private issuer as a result of more than 50% of the Company’s outstanding voting securities being held by residents of the United States. Effective June 27, 2020, MedMen will be considered a United States domestic issuer and non-accelerated filer under the rules of the SEC. Accordingly, the Company will prepare its audited consolidated financial statements for the 52 weeks ended June 27, 2020 in accordance with U.S. GAAP, with such change being applied retrospectively. The extent of the impact of this change in accounting framework has not yet been quantified by the Company.

Additional information relating to the Company’s fiscal third quarter 2020 results is available on SEDAR at www.sedar.com in the Company’s Interim Financial Statements and Management Discussion & Analysis (“MD&A”) for the quarter.

MedMen refers to certain non-IFRS financial measures such as Earnings Before Interest, Taxes, Depreciation and Amortization (EBITDA), adjusted EBITDA (defined as earnings before interest, taxes, depreciation, amortization, less certain non-cash equity compensation expense, including one-time transaction fees and all other non-cash items), four-wall retail gross margins, Retail Cash Flow and Corporate SG&A. These measures do not have any standardized meaning prescribed by IFRS and may not be comparable to similar measures presented by other issuers.

MedMen is North America’s premium cannabis retailer with flagship locations in Los Angeles, Las Vegas, Chicago and New York. Through a robust selection of high-quality products, including MedMen-owned brands [statemade], LuxLyte and MedMen Red, and a team of cannabis-educated associates, MedMen has defined the next generation discovery platform for cannabis and all its benefits. MedMen’s industry-leading technology enables a fully compliant, owned-and-operated delivery service and MedMen Buds, a loyalty program. MedMen believes that a world where cannabis is legal and regulated is safer, healthier and happier. Learn more at www.medmen.com.

This press release uses certain non-IFRS measures. Management uses non-IFRS financial measures, in addition to IFRS financial measures, to understand and compare operating results across accounting periods, for financial and operational decision-making, for planning and forecasting purposes and to evaluate the Company’s financial performance. These measures include EBITDA, which is defined as net income or loss adjusted for net interest and other financing costs, provision for income taxes, and amortization and depreciation, and Retail Cash Flow which is defined as net income adjusted for amortization and depreciation.

As there are no standardized methods of calculating these non-IFRS financial measures, the Company’s methods may differ from those used by others, and accordingly, the use of these measures may not be directly comparable to similarly titled measures used by others. Accordingly, these non-IFRS financial measures are intended to provide additional information and should not be considered in isolation or as a substitute for measures of performance prepared in accordance with IFRS. 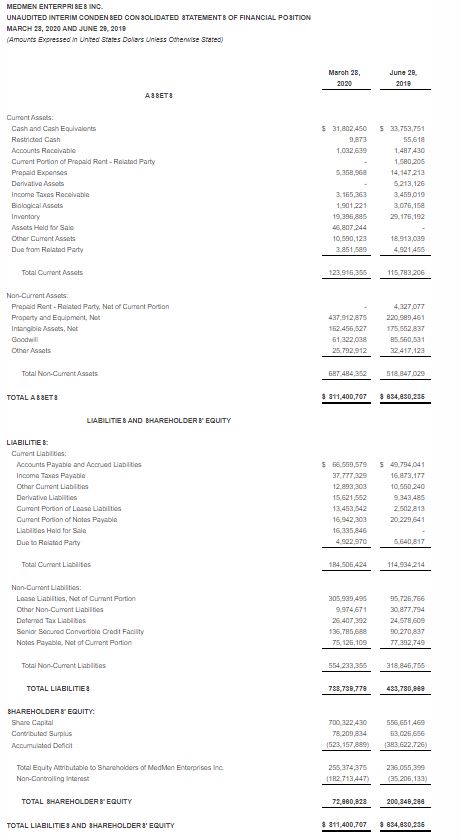 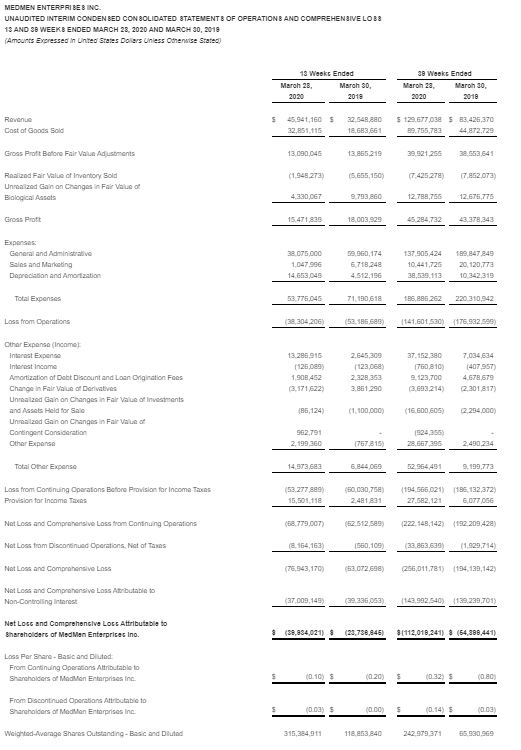 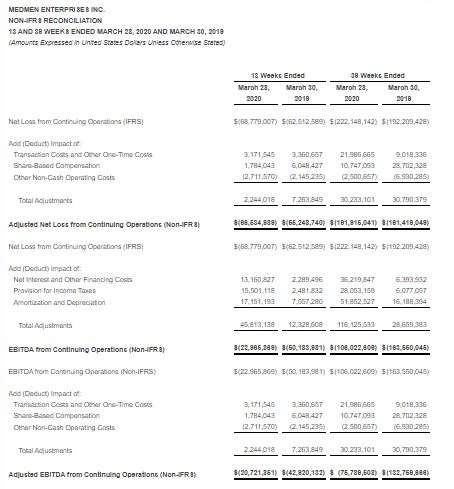