Med-X reported an update on its crowdfunding effort today in a sponsored post published by MJIC Media in front of the MJIC California Cannabis Conference to be held from March 3rd to March 5th in San Francisco, where the company will be presenting. COO Matthew Mills, who controls the company, indicated:

I think that the choice of word flocking is quite appropriate, perhaps a consequence of the success of StartEngine’s first funded deal, Elio Motors (OTC: ELIO), which closed a raise at $12 per share totaling nearly $17mm.  Shares traded as high as $79 a few days after the closing on very limited trading volume and settled on March 2nd at $26. Mills is certainly aware of this and mentioned it in an audio interview published by MJIC today.

The flocking is likely also related to the extremely aggressive marketing tactics employed by the firm, which includes a media company, Marijuana Times, which, as stated in the same interview today, claims 40-50K daily page-views (but not in line with Alexa and other sources of traffic count).  I had already indicated my concerns about how their entity was promoting investment when we shared our list of 18 key considerations for investors before handing over their money.

In an article published today on Marijuana Times, the company had two banner ads! 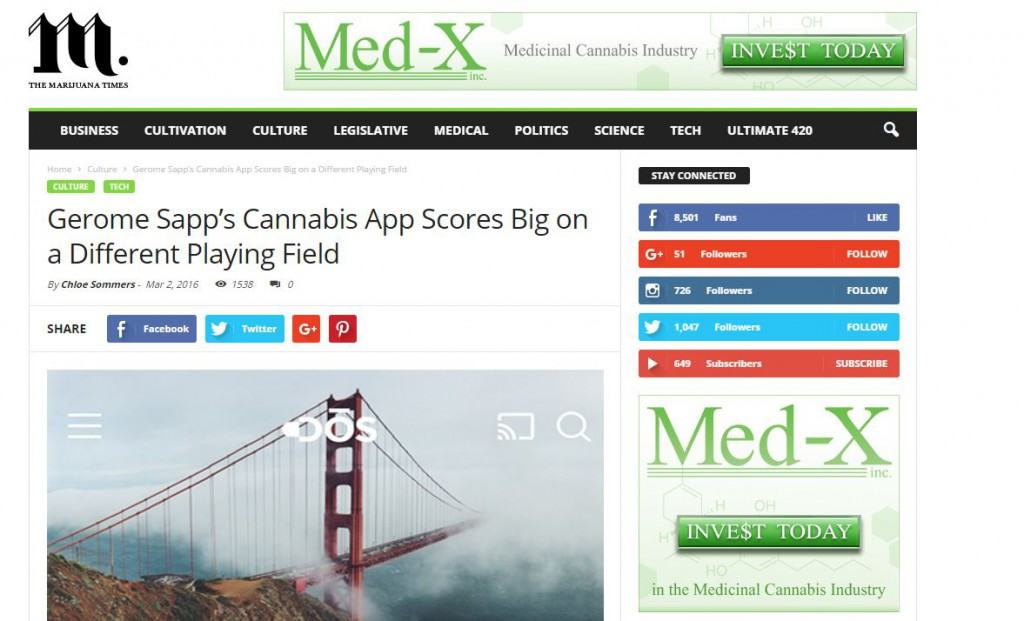 If one checks out all the business news on the site, one sees promotional articles and more banner ads. The site has published 8 articles on the parent company:

Each of these articles was written by Nick Phillips, who, according to the offering circular, has been with the company since 2014, draws no salary and works 10 hours per week for Med-X. Phillips has been and remains employed by sister company Pacific Shore Holdings. These articles are anything but objective, and this would not be apparent to anyone visiting the site who was not familiar with the relationship between Marijuana Times and Med-X.

In the sponsored post today, Mills makes a point that is not accurate:

The offering by Med-X, the multi-divisional cannabis company, is by far the most intriguing because funding a cannabis company, even if it doesn’t touch the plant, as is the case for Med-X, is beleaguered by accredited investors who aren’t comfortable investing in cannabis-related ventures just yet.

The Nick Phillips article from 10/19 included a youtube video discussing the company’s grow. 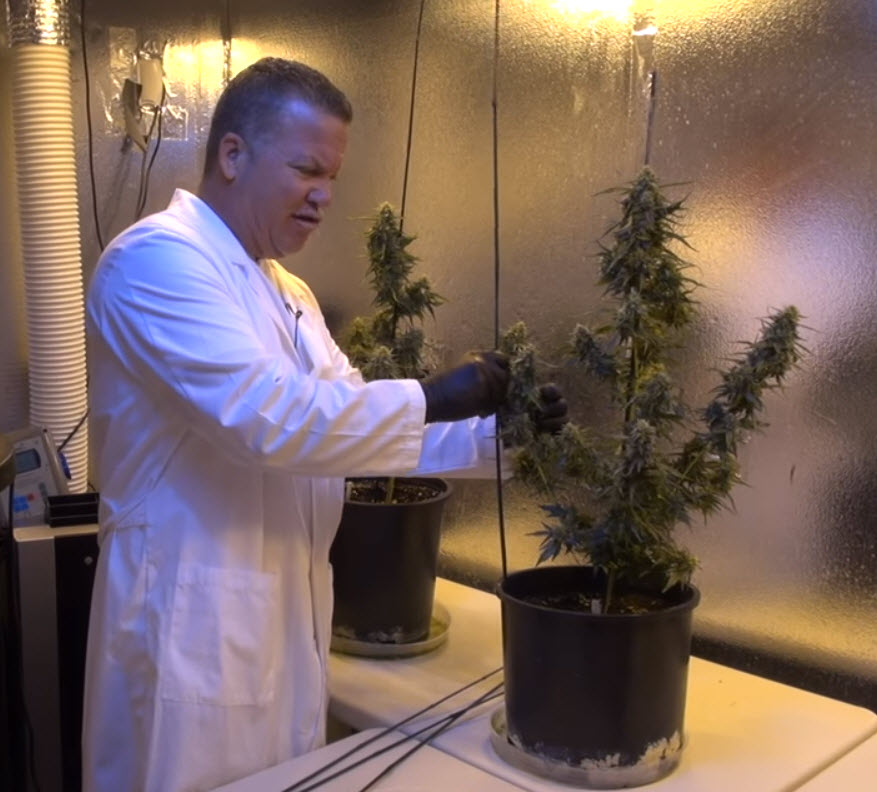 The company, according to the offering circular, intends to invest $500K into R&D, where it is currently developing high-CBD strains, and $1.5mm into developing or acquiring a legal farming operation. To be fair, it says that it won’t sell cannabis unless federally legal, but the fact that it owns cannabis assets and is indeed “touching the plant” runs counter to what Mills is saying.

I shared a lot of criticism of the Med-X crowdfunding effort when I reviewed the offering circular previously, but I omitted one additional observation.  COO Mills likes to talk about how no one draws salaries.  Per the company disclosure, no one really appears to be working (except the I.R. employee, Arthur Avanesov, who makes $100K per year working 35 hours per week): 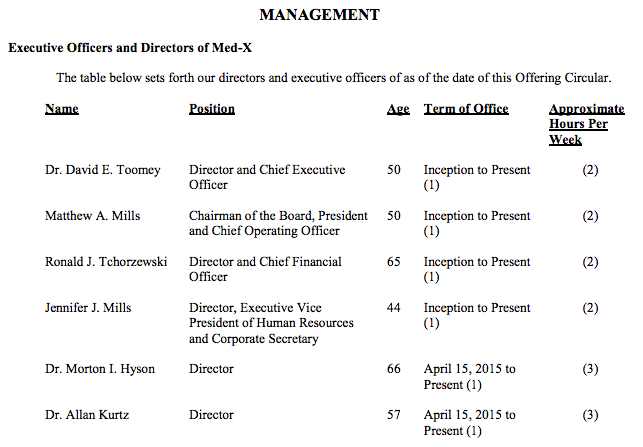 While I am excited about the potential benefits of Reg A+ and crowdfunding for the cannabis industry, I am extremely negative on the prospects for Med-X.  In my view, the company is overvalued (at $70mm if all sales offered are sold), going public well ahead of the proper time and using internal media to promote itself to unsuspecting investors who may appreciate the idea of being able to get in on the ground floor opportunity but who are not sophisticated enough to comprehend the risks. I spend a lot of time (too much time!) investigating the universe of 350 or so penny stocks, and, to me, Med-X appears to be a run-of-the-mill penny stock, long on big ideas and excessive promotion and short on tangible value.